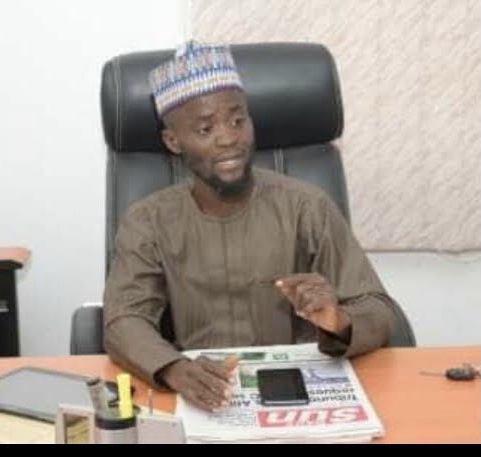 There is a saying that, “any government in which the Information/Communication Minister is busier than that of Works; there is a problem”; that may not be unconnected to non-performance or at least, poor performance.

No thank to the Administration’s failure in critical areas like National Security and the economy; even anti-corruption crusade.

But none has arrested the attention of every Nigerian, like the liberalised industry of insecurity, which was hitherto limited to the North East, but has now assumed a Federal dimension, cutting across the six geopolitical zones or over 30 of the 36 States of the federation.

People are as vulnerable to being kidnapped in their homes, as they are, on the road, intra or inter States.

For a very long time now, President Muhammadu Buhari has not addressed the nation, especially on the deteriorating security situation in the country.

Instead, it is Garba Shehu, who has been our defacto president, issuing statements from his heavily jaundiced perspective and crediting Buhari with same.

Shehu, with his bọ’lẹ ká ja attitude, seems to have outdone the other two media minders of the President, and went ahead, at some point to even usurp the functions of the Force Public Relation Officer, FPRO, when in the aftermath Sunday Igboho’s ultimatum to the Séríkí ń Fulani of Igagan in Ibarapa Ọ̀yọ́ State, he issued a statement, saying that, the then Inspector-General of Police, Adamu Mohammed had ordered the arrest of Igboho, which then would be a breaking news of sort, to the Force PRO, Frank Mba.

It beats the imagination of every right-thinking Nigerian as to why the statement had to come from the president’s media minder!

Again, just about a fortnight ago, he pretended to be President Buhari, warning the terrorists and bandits to repent or else, the Federal Government would visit them with the full weight of the might of the Nigeria’s security apparatus. That sound more to me, more like a comic relief, than a presidential statement, because, even an imbecile knows whose voice produced those words. As if the security challenges started last month

In an ideal situation, a presidential spokesperson or any image-maker for that matter, is to sell the vision, the programs, policies and everything his principal represents, to the members of the public, without sounding platitudinous, or belligerent. Not to keep, on an hourly basis, acquiring enemies for both himself and his principal.

The job of a media handler of a politician is like having to tell a man with a very high intelligence quotient that, an albino is a Whiteman, or that, six is greater than half-a-dozen. So, I know, it is not easy, being a spokesperson of a public office holder, especially, one like President Muhammedu Buhari, who is, by nature, a very taciturn person, in addition to having a personality that divides opinions across the land.

But with a bit of basic communication skills, tact, and emotional intelligence, there would be a limit to how many enemies one would acquire for his principal; but unfortunately, Shehu has not been demonstrating that.

He has always proven to be a perfect misfit for the job, due to his penchant for adopting a pedestrian, rather than, professional approach, drenched in diplomacy, to the job.

Garba Shehu has most of the times, been unable to separate his parochial interests and feelings, from his professional responsibility and judgment. He demonstrated that, as said earlier on Sunday Igboho’s saga; and also when Governor Rotimi Akeredolu ordered all illegal occupants in the State’s reserved forest to vacate.

It would be recalled that, in the early days of the Buhari presidency, when he was newly sworn-in in 2015, he brazenly single-handedly barred the African Independent Television, AIT, from covering one of the early presidential engagement with the press, on account of what he deemed unpalatable coverage of the electioneering, pre-2015. Can you get it more crude than that?

As far as I am concerned, his best moment on the job has been, when he remained silent, as whenever he makes a release, it is a “PR” disaster for the administration he is hired to whitewash.

The latest of his many gaffes is the one involving the fiery Enugu-based preacher, Reverend-Father Ejike Mbaka of the “Adoration Ministry” Enugu, who called on the President, Muhammadu Buhari to either resign honourably or be impeached, given the state of the nation.

Mbaka, who was one of the staunchest supporters of President Muhammadu Buhari in 2014 and 2019 General election, especially in the South East, hinged his call, on the new low that Nigeria has found herself, security wise.

But Shehu would take none of that. Not from a person like Father Mbaka. Not now.

Immediately Mbaka released his statement of admonition, the presidential spokesman went on social media to release what he deemed a bombshell, saying that, the pastor had once come to the Villa, lobbying for contract, but got turned down, and asked to go, follow the due process of open bidding. According to him, that is what is eating Father Mbaka up.

Many a Buharists hailed him, saying he’d given one of the Administration’s covert enemy a bloody nose, like the Minister of Labour and Employment, Festus Keyamo did to, a popular songster, Eedris Abdulkareem in famous track, titled, “Nigeria Jagajaga Reloaded”. The songster had in the new album called out the Minister who he referred to as a Comrade in the struggle against bad governance, for having crossed to the other side and has been dining with the oppressors, and thereby, no longer gives a hoot.

The Minister upon listening to the song went berserk and released all the private chats between them in the past, purporting Abdulkareem, solicited financial help from him and also offered to join the president’s campaign train, in order to rubbish his position against the level of performance of Buhari administration.

So, Garba Shehu, in his duel with Mbaka felt, that is the way to go; hence, he went on social media ranting, in his own calculation, to erode every element of credibility in the eyes of Nigerians, that the preacher might want to leverage on.

After the ranting, I am sure, Garba Shehu must be feeling like an Albert Einstein.

Meanwhile, there are two things for which people in politics besiege Aso Rock, in case he doesn’t know.

1. The unscrupulous ones go there to steal, outright, or curry undue privileges. They’re there and are always reluctant to leave, even, at the expiration of their tenancy (term). I know, Orubebe, would deny this.

2. The not-so-unscrupulous ones go there to beg for contracts. That is the reason some people who claim to be apolitical, but are so vociferous in their support for any aspirant, candidate or elected or appointed public office holder, support a course; and as far as the political mores is concerned in Nigeria, Mbaka’s alleged demand for contract is very “legit”. So Garba should not think that he’s “Keyamoed” anybody.

Wrongly or rightly, I will categorise Garba Shehu among the former category, while Mbaka belongs to the latter.

For those who applauded Mbaka, back then in 2015 and 2018, for supporting aspirant/candidate Muhamadu Buhari, but are now accusing him of partisanship, your saviour is either in Aro [in Abeokuta] or Yaba [left].

In the spirit of the Holy month of Ramadan, I pray, you get healed, as soon as possible 🙏

I do not know, which part of the 1999 constitution bars a clergyman from participating in partisan politics, and even lobby for contract, if we had a Reverend Jolly Nyame, Alhaji Sani (Sharia merchant) Yerima as elected States Governors; Pastor Yemi Osinbajo, as Vice President; Afa Adebayo Shittu, Sheik Isa Pantami, as Ministers; then why not Reverend Father Ejike Mbaka?

If politics is a game of interest, and Mbaka, after fulfilling his own side of the bargain, demands for contract to water his seed (interest), in the name of “integrity” that serves as the most handy mantra deployed to paper over the crack that Buhari’s incompetence represents, Garba should shut the hell up, apologise to Mbaka and get him a compensatory contract, in which short-changing Nigerians would be minimal. After all, nothing is free any more. Not even in Freetown.

Thousands of Mbakas out there should also learn a lesson or two from this too. He who rides on the back of a tiger, looking for whatever, will more likely than not, end up in the belly of the tiger.

Mbaka would have been better off than he is now, if he had concentrated on his celestial calling, and continue ministering the words of God to his teeming followers. 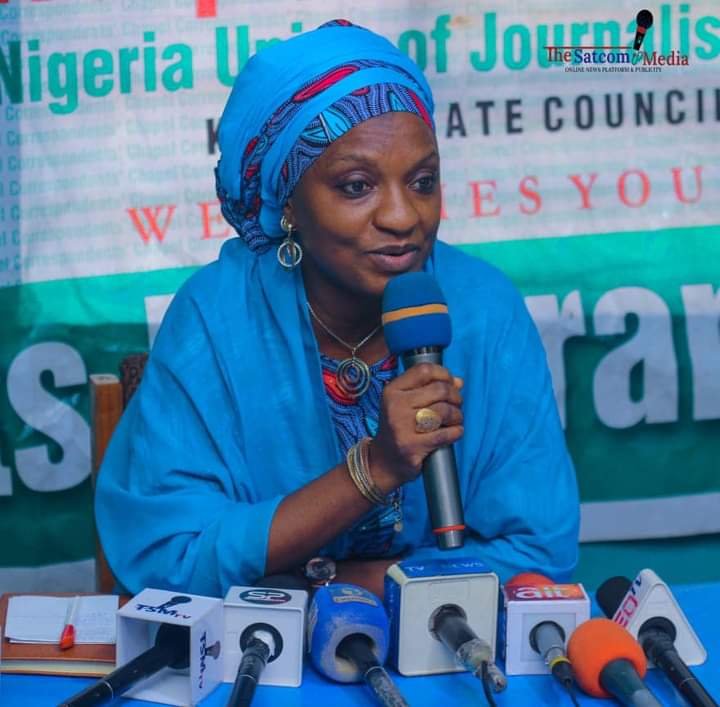 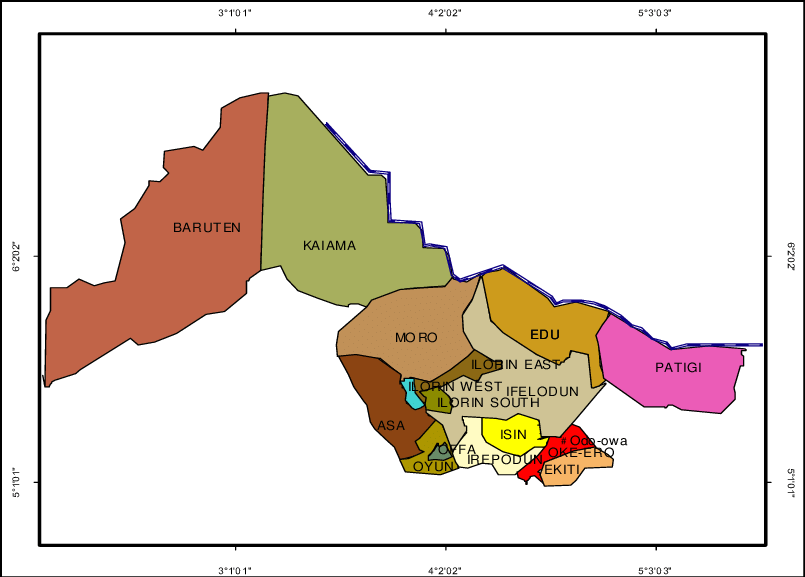 Kwara: A Song for the Returning Fugitives 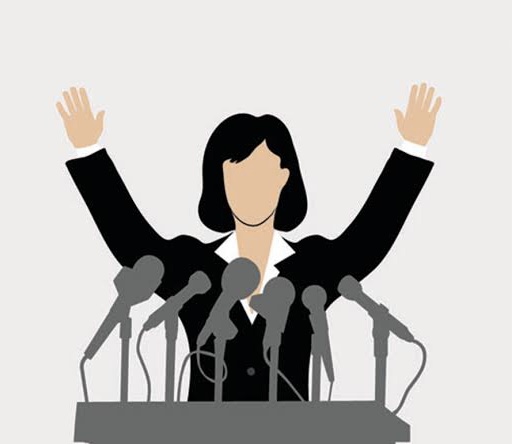 Women in Politics: A Cry for Help 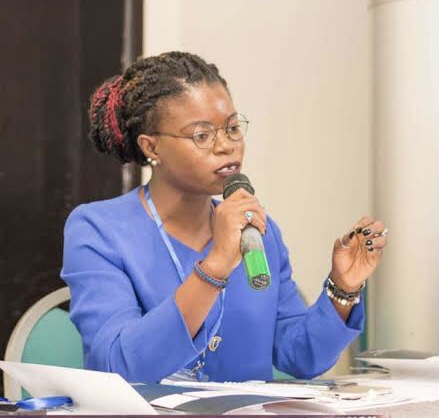