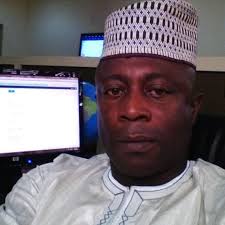 Sought-after media personality Kayode Aremu has been named the new General Manager of Radio Kwara, clearly birthing a new dawn in the history of the state broadcast medium that was once a national name in Nigeria.

Aremu was until a few days ago the General Manager of the private radio station Sobi FM. His appointment takes immediate effect, according to a statement early Friday by the Chief Press Secretary to the Governor Rafiu Ajakaye.

The statement said the appointment is based on Aremu’s track records of achievements in the broadcast industry and professional acumen in particular.

“Mr. Aremu perfectly fits into the vision of the Governor to equip, project, and rebrand Radio Kwara as the number one radio station in not just the state but in the entire north central region,” the statement added.

Aremu who hails from Ilorin, has a rich background in the media world as a crack reporter whose professional experiences spanned broadcast and print media, including working with the British Broadcast Corporation as a stringer who coordinated reports for the global outfit from Nigeria’s oil rich Delta region between 2012 and 2014.