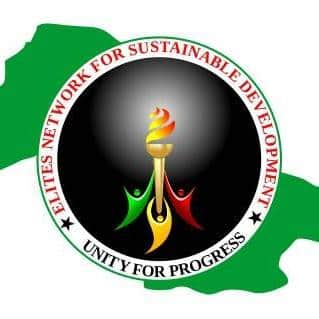 By Muhammed Salman
Elite network for sustainable development (Enetsud) has cleared the air on allegations of ulterior motive being behind its continuous agitation for the domestication of the FOI bill.
Enetsud made this clarification through its cordinator Abdullateef Alagbonsi (PhD) during a zoom meeting with the executive Governor of Kwara State Mal. Abdulrahman Abdulrazaq, stressing that the Non governmental organization has nothing against the government.

Alagbonsi said ENETSUD’s advocacy on the FOI bill was borne out of its desire to ensure that Kwara money works for Kwara people, saying the group’s experience in the past was why it presented the FOI Bill to the last Assembly.

He added: “Tracking of public funds has been our core mandate. We have done that without any sinister intention, without the intention to catch any thief. When you go to EFCC, we have about 7 petitions with the EFCC on public projects. In many cases like in Patigi, Baruten and some local governments in Kwara North, we don’t write petitions when the contractor is ready to do the work accordingly. That shows we are not interested in dragging people to anti-graft agency or to call people thieves.

“It was never with the intention of looking for mistakes from the government; it was based on the antecedent, it was based on what happened during the last administration because the proposal of FOI that we made was under the past government. We sponsored the FOI bill to the 8th Assembly because of our bad experience with the past administration, whereby when we requested for financial and technical information on projects, access to those information became difficult due to non-domestication of FOI Act in the state. We then had to propose the bill to the 8th Assembly and they commendably passed it, leading us to now be looking for assent to the bill…. We need the domestication of FOI Act in the state to track state government’s projects the way we have been tracking federal government’s projects and making sure the federal government fund is used to benefit Kwarans accordingly.

When we look at FOI, what we want are the financial details and the technical details. So, for Your Excellency to be proposing a working relationship whereby our organisation can do an independent monitoring or tracking of any project that is done by the state government and giving our report before you effect payment is highly acceptable and will bring value-for-money on public projects execution.”

Speaking earlier, Gov. Abdulrazaq had proposed a social auditing process, that allows civic groups and communities to monitor government projects in the state to ensure that quality jobs are done.

AbdulRazaq said the social auditing he proposes would see civic groups and communities monitoring projects and issuing independent reports that would form the basis of his government making further payments to affected contractors after the initial mobilisation fee had been paid.

He however called for confidence building between government and civic groups, saying engagements by civic groups should be devoid of name-calling, preconceived notions, or a mindset that sees every government official as dishonest.

He said “Right now, we awarded contracts for 31 schools; we have not finished paying the contractors, averagely we have paid between 50 and 70 percent, now this is the time that our own M&E are moving in to monitor the projects. I have received certificates that they are due for their next payment and even the House of Assembly has gone to inspect some of these projects. I would like a case where before we pay them, we would ask civil societies like yours to come in to monitor these projects; we can say fine these are the bills of quantity for this project, go through them, inspect the projects and see where there are shortcomings before we actually pay the contractors for the next stage to go on. It would be hard for anyone to do substandard work if we have some sort of social auditing from the community or from CSO who would say the work is good or bad. That way the collusion or abnormal issuance of certificates by some officials will disappear.

“I am also looking forward to such engagement on the (26) roads we are doing, which are due for final payment. I am deliberately withholding because I do not want to sign off and somebody would say they have chopped money. We want to make sure that contractors do their job well so that nobody will accuse me of anything. That is the sort of engagement that would initially build understanding between both parties (government and CSOs). If you come in as CSO at such a stage where money has not been fully paid, you would not say the government was supposed to spend N30,000,000 but it spent N50,000,000 and the contractor has gone off. I sign off based on documents sent to me from the ministries, but if I have only paid 50% to the contractor and somebody blows alarm then, I would not pay until the work is corrected and the proper things are done. So, I believe there should be some sort of engagement between us. There is a need to build confidence and then if we can build proper confidence between us, FOI bill is nothing. In fact, what we are talking about is more than FOI bill because FOI bill is saying you have done this, I need investigation to show that you have done the right work….But in this case what we are saying is that you would be involved even before the work is finished. We are saying let us work together. The message will be that we are not saying you are thieves, we are saying let’s see the bills of quantities, and let’s see that the contractor is meeting the right standard before you finish paying him. The good thing for me now is that I have not finished paying them. But if I have finished paying them, then I am hooked because I can’t (easily) bring the contractors back and the right work may not have been done.”