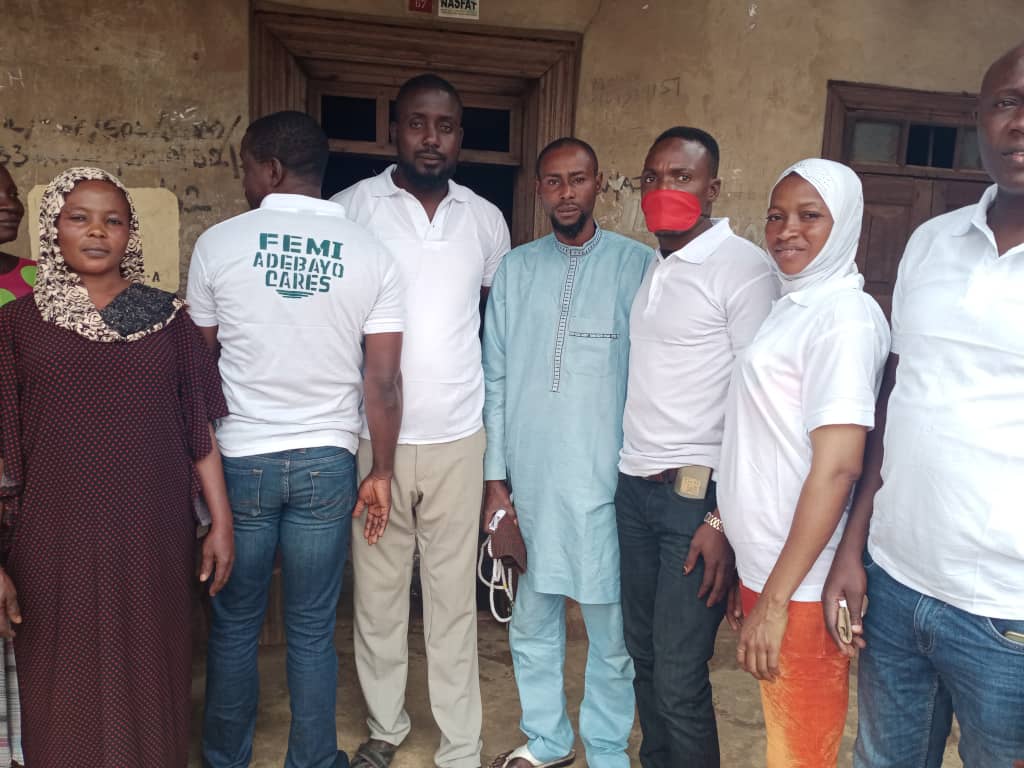 Today, the popular Nollywood actor from Ubandawaki ward of Ilorin West local government area of Kwara State, Barr. Femi Adebayo, provided ten thousand naira (N10, 000) each as succors to one hundred and fifty (150) victims of heavy rainstorm that displaced thousands of people in Ilorin over the weekend.

According to Abdulwaheed Muyideen, one of team members of Femi Adebayo Care Group, the group which was mandated by the Nollywood actor to anchor the humanitarian support, the one hundred and fifty beneficiaries of the cash gift were randomly selected across the twelve wards in Ilorin West and some wards in other local government areas in Kwara central, without consideration for political parties’ affiliation of the victims but level of havoc caused by the heavy downpour.

Some of the victims expressed joy over the unexpected philanthropic gesture bestowed on them by Femi Adebayo and prayed for more blessing for him.