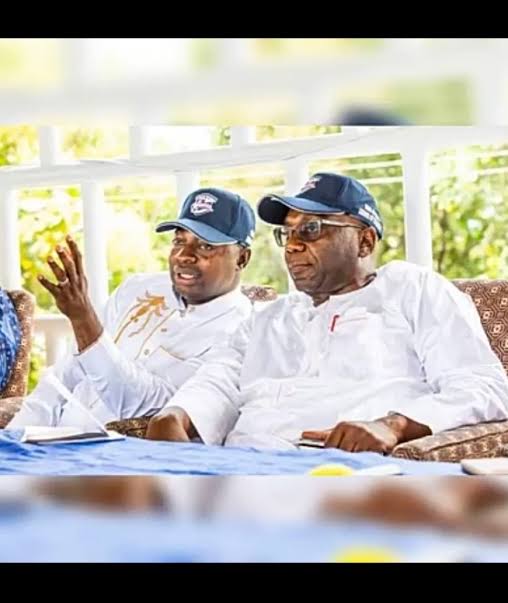 Freshinsight, 1 month ago 0 2 min read 214
By Abdulrasheed Akogun
The Kwara State Governor, Abdulrahman Abdulrazaq has announced the appointment of Comr. Musbau Esinrogunjo as Senior Special Assistant on Rural Mobilisation.
It would be recalled Esinrogunjo was a front line player in the liberation struggle, where he unsuccessfully aspired for the Kwara Central Senatorial District, after which he served as the Director of Youth of the Abdulrahman Abdulrazaq Gubernatorial Campaign Organization.
This much was disclosed via a press conference by the Governor’s Chief Press Secretary Rafiu Ajakaye made available to the public this morning.
The release reads “Kwara State Governor AbdulRahman AbdulRazaq has appointed Comrade Abdulmumini Musbau Esinrogunjo as Senior Special Assistant on Rural Mobilisation, bolstering the administration’s efforts to reach out to the masses.
“A former students’ union leader, former local government chairmanship candidate of Ilorin West, and a golden voice of the Otoge movement, Esinrogunjo comes well recommended as a grassroots mobiliser with a unique touch with the people across social strata.
“A multilingual born in 1979, he is an alumnus of the Kwara State Polytechnic where he studied Business Administration (2011).
“He was National Vice Chairman of the National Association of Nigerian Students; National Vice President of the National Association of Kwara State Students; chairman of the NANS/Joint Campus Committee (NANS/JCC) Kwara State; Speaker of the Youths Association of Nigeria; a member of the APC Presidential Campaign Council’s National Directorate of Youth Mobilisation; and a member of the Kwara State Transition Implementation Committee (2019).
“Esinrogunjo is also an entrepreneur. He was until his appointment the Managing Director of Moneyten Ventures. He is the founder of the Altruism House, a political platform.
“The Governor has also appointed Mallam Isiaka Issa Jega, an Hausa community influencer, as the Special Assistant on Inter-community Relations.
“Mallam Jega, 35, businessman, a polyglot, attended Kwara State Polytechnic where he read Business Administration” it reads.
Tags #Comr.Musbau Esinrogunjo #Gov. Abdulrahman Abdulrazaq #KWSG
Education, investigation, Politics

Most Impressive Hacker Attack in 2018