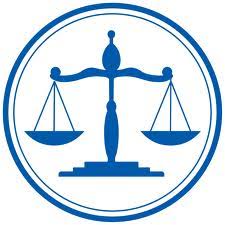 Editor, 8 months ago 0 1 min read 18
By Adebisi Oyelere
The Federal High Court has abolished the charging of all forms of fees in relation to human right cases. This is in a bid to encourage the prosecution of human rights cases.
A circular conveying the Court’s new position, issued by an Assistant Chief Registrar (Litigation), Jane Egbo, upon the directive of the Chief Judge, Justice John Tsoho, was made public earlier today.
In a circular, titled: Monetary claims and default fees in fundamental right applications, Egbo said he has been directed by the Chief Judge of the Federal High Court, Hon. Justice J. T. Tsoho to inform all Deputy Chief Registrars and Station Registrars that henceforth, monetary claims and default fees in respect of fundamental human right applications should no longer be charged.
It was learnt that before now, applicants in fundamental rights enforcement cases were charged filing fees, among other fees, as applicable in civil cases.
They were also required to pay penalty, where they defaulted in filing processes within the time allowed by the court’s rules.
Law

Why standing up for Nigerian Police Force is a must