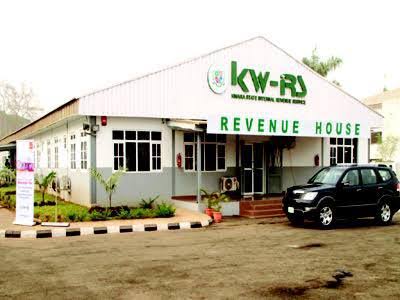 The KW-IRS  Unit of the Association Of Senior Civil Servants of Nigeria (ASCSN) has rejected the upward review of salaries of staff of the Agency, noting that it was a unilateral decision of the Management and does not align with the salary scales of sister revenue agencies in other states.

In a press statement signed by the Chairman of KW-IRS unit of ASCSN, Ahmad Salman Dayo, the Union said the ‘unilaterally’ adopted salary scale for junior staff, announced by the KW-IRS Management on 7th of October 2022, via a virtual field feedback held at about 10:00am is not acceptable as it is against the spirit of ongoing negotiations between the Union and the Management.

The statement partly reads “On the 17th of August, 2022, at about 4:00pm, the Staff held a Congress where 5man committee  on Salary review was  constituted to work with the Union on proposed Salary scale for Staff  and communicated same to the Managament With a five (5) days Ultimatum for the latter to consider same. This assignement was carried out perfectly.

“On Thursday, the  25th of  August 2022 at about 3:30pm, before the Ultimatum issued against the Management lapsed, a meeting was conveyed at the Instance of the Management  for the purpose of salary review, comprising the  Management Team, The Union executive and the adhoc 5man committee nominated  through the Congress.

“The Union presented copy of her proposed Salary review Scale to the Management and after serious deliberation. The Executive Chairman of the KW-IRS resolved that The Union executive should meet  with Diretor Admin and Operation and Head HR to  work on a  reasonable Salary Scale to all Staff.

“Several correspondences was exchanged with Management  over this issue  as stated in paragraph  (3)but the usual response  was  that:” Management is working on the Salary Scale.

“The Union becomes skeptical about this development, because we were put in the dark as to what percentage or Scale Management is  purportedly working on.

“On the 29th September, 2022, at about 10:30am the Director AOP and Head  of HR  called the Union to meeting, where we were presented with a proposed  Salary review scale Unilaterally prepared by the Management.  They  included that if  the Union  agree, it will hasten up implementation. We asked for  Stand-down of  the meeting   to consider the table thoruoghly.

“Moreso, At about 3:00pm of the 29th September, 2022 we reconveyed with the Director AOP, Head HR   and communicated the  Staff  refusal of the proposed  percentage of salary review scale Unilateraly adopted by the Management.  And Union re- presented another  proposed Salary increment table  lower than what we presented inititially,  for Management consideration, so as to meet at point of equilibirum.

“However, On Friday the 7th of October  2022, Management announced the proposed  Unilaterally adopted  Salary review scale as Compensation to Junior Staff via a Vitual  field feedback held at about 10:00am.

“All efforts by the Union to make  the Management  see the reason for proposed  Increment to be reasonable and stand the test of time proves abortive.

“Union also made  effort to see if  a valid agreement could be reached, so that we can have something to rely on in future, incase we need to agitate for more, if this is  what the Management budgetted for now, it also proves abortive.

“Finally, Staff of KW- IRS have no gratuities at moment,  so her salaries cannot be justified with Ministry. It is justifiable  if we  are being compared with our Sisters revenue agencies.

“On 7th,  of October, 2022, the Union held Congress at about 4:00pm to further brief the general Staff of all effort Union had put In place with respect to the Salary review issue.  The Congress  unianimously kicked against it and  did not accept the percentage Unilaterally imposed by the Management and reached some resolutions which is  Valid and Potent Up till this moment.

“KW-IRS Staff are among the most decorous Staff in the committy of agency not only in Kwara State but also In Nigeria”, the statement concluded.

Sensing possible shut down of operations of the KW-IRS by the aggrieved staff, Management of the Agency has swiftly moved to desperately halt the planned demonstration by the workers.

In an email sent to staff of KW-IRS earlier today by the Human Resource Department, with the subject “Planned Protest by the KW-IRS Unit of ASCSN”, KW-IRS Management said it is aware of ASCSN’s intention to conduct a match to Kwara state Government House in agitation for salary increment.

The Management however said it is surprising, as the news of latest salary increase was communicated to all staff at a virtual meeting/feedback session held on Friday October 7, 2022, which is expected to be paid by the end of this month.

In another twist by the Management to stop the protest, a virtual circular cited by Fresh Insight, signed by the

Director, Admin and Operations, Olatunji Balogun mandated all staff of KW-IRS to sign attendance register by 8am tomorrow (11th October, 2022)

“Dear all, Kindly be informed that all Heads of Departments (excluding Area Coordinators) are to visit Human Resources Department latest by 8am tomorrow 11th October, 2022 to pick up the attendance register for their departments. Thank you”, the circular reads.

Despite the threat and tactics by the KW-IRS Management to halt the planned demonstrations by its staff, the staff Union insists it is proceeding with the protest.

According to a message by the ASCSN Secretary, Bolaji Abdullahi, which was exclusively obtained by Fresh Insight, the Union direct all its member to converge at KW-IRS head office at an undisclosed time.

The statement said “Dear esteem members, kindly appear to the office in your usual official dressings tomorrow but come along with your *Crested Vests*.

“We shall converge at the Head Office Phase 1 at a time that would be communicated as event unfolds before we embark on the peaceful- solidarity trek.”

Also speaking to Fresh Insight on condition of anonymity, a source within the Union said the Management of KW-IRS is only clever by half by trying to outsmart and shortchange the staff, noting that such cunning attempt will not be allowed to stand.

He said “The KW-IRS policy mandates review of staff salaries every 4 years. Those at the upper ladder in KW-IRS enjoy bogus salaries as a result, while we lower cadre who do bulk of the jobs are left with paltry take home.

“Our staff are resigning for other state’s revenue agencies and they are getting more attractive pay, even when those sister revenue agencies’ collections are far below what KW-IRS is generating.”

Fresh Insight learnt that the KW-IRS staff Union had informed the Police of their planned demonstration, while the Management of the Agency was also said to have reported some arrowheads of the Union to the Police for inciting staff against them.

As at the time of filing this report however, the outcome of the meeting between the Police and the parties is yet unknown.