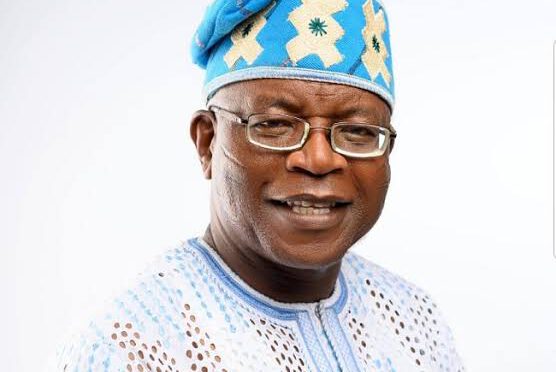 The Peoples Democratic Party’s House of Representatives candidate for Ifelodun/Offa/Oyun Federal constituency of Kwara State, Hon. Hassan Oyeleke has been confirmed to have compromised investigations into the books of Harmony Holdings while he served as member House of Assembly, Fresh Insight’s investigation has revealed.

The Offa born politician who was a two term member of the Kwara State House of Assembly between 2011 – 2019, was the House leader under the Speakership of Rt. Hon. Ali Ahmad.

It would be recalled the Assembly had on August 17, 2017 constituted a 7-man Ad-hoc committee under the Chairmanship of Dr. Hassan Oyeleke to investigate the activities of the State owned Harmony Holdings Limited, which was a result of allegations of corrupt practices leveled against the management of the outfit.

The committee had five (5) terms of reference, which includes to verify which funds, property and assets were taken over by Harmony Holdings, investigate all account books and activities of Harmony Holdings till date and verify whether Harmony Holdings sufficiently justify its establishment as a commercial outfit.

Other terms of reference include identification of success stories recorded if any, by Harmony Holdings since inception and investigate allegations relating to fund and property managed by Harmony Holdings according to section 128 of the 1999 Constitution of the Federal Republic of Nigeria (as amended).

According to a secret recording of the proceedings detailing what transpired at the committee hearing, it can be concluded that the legislative committee’s actions were anything but fair, just or credible.

“Therefore if we do this thing officially, whatever things we put down here is already accepted on the floor of the House. If you want to make this thing messy and feel you’re well connected, call the press, say all sort of things, we’ll show you that we know our jobs here.

“Whatever we do is final, nobody can take the parliament to court, we can remove the Governor, regardless of if he’s right or wrong.

“Harmony Holdings can cease to exist if we go to the floor of the House with that position, nobody dares do otherwise, not even the Governor.

“Why I asked them to put off the camera is that we’re looking at the possibilities of looking the other side, all the excuse you’ve given ain’t tenable.

“When we got all your documents and see all these small small money, we even thought billions of naira was involved, especially with the public outcry. We’ve not seen any money stolen here.

“Mr. Sanni will do himself good by appealing strongly and reaching out to all members and we will play down the issues, which means us staking our integrity and not care about what the public will say and want.

“The only issue we’ve seen here is that of morality, the property in question was legally acquired.

“If we come out with a resolution that the House should be taken over from him, there will be jubilation in the town, because he has been adjudged wrongly, regardless of the fact that he’s gotten all necessary documents to lay claim to the property, that’s rather unfortunate.

“I think he should take advantage of our willingness to look the other side. Else we can indict all board members and even dissolve them. We’re looking at how to resolve this logjam by being on the business side” he added.

Curiously, the committee’s report which was tendered on the floor of the House 6 months after, as against the acceptance and confirmation of Hon. Hassan Oyeleke that nothing actually happened, came out negating his earlier submissions caught on tape.

According to committee’s findings which was a complete negation, recommended that “Harmony Holdings which is a commercial entity is being run like a government parastatal. Often properties that were supposed to be sold at commercial rate were ridiculously released to staff and their cronies while the State bleeds under a stressed economy to survive.

“The board and management of Harmony Holdings should be dissolved. New managers should be appointed to take stock of the properties, accounts and interests of the Company” among others.