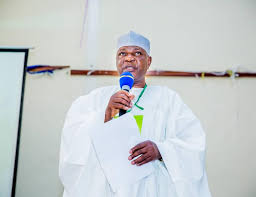 Further details have emerged as to how the campaign funds of the Kwara State chapter of the All Progressives Congress (APC), was expended and allegedly diverted.

It would be recalled Governor AbdulRahman AbdulRazaq had last week, at the launching of a book titled ‘Otoge’, alleged the Minister of Information, Culture and Tourism Alh. Lai Muh’d, the Chairman of the APC in the State, Hon. Bashir Omolaja Bolarinwa among others of mismanaging campaign funds.

Alh. Lai Mohammed who was reacting to the allegation at the unveiling and commissioning of the party’s new Secretariat in Ilorin today, described the allegation as the figment of the Governor’s imagination, stressing that records are available as to how all campaign funds he personally led the solicitation drive were mobilised and utilised.

Mohammed said “They said I embezzled money, whose money did we divert? The Governor spoke and indicted himself that he never financed his own elections. When we had Ajulo election, we gathered #100m to prosecute his bye-election and he money was handed to him (Ajulo). Just few days to elections when we needed the money, which I know we only spent about 30m out of it. We called and called Ajulo over and over to give account of the remaining #70m, he refused giving account till date.

“All the elections we conducted, Gov. Abdulrazaq never contributed a kobo, I and other leaders ran to family, friends, acquittance etc just to raise money to prosecute the election.

“Ask the Governor how much he gave the party during the election. Where was his campaign office before and after getting the ticket ? He had no single branded campaign vehicle, yet we spearheaded the campaigns and mobilisations.

“I distributed 500 motorcycles, 20 vehicles etc. We paid all the delegates, logistics among others, all these from money we raised. What did he (the Governor) spend?”, he querried. .

“Vehicles and motorcycles were given to party executives, Senatorial and House of representative candidates among other party stalwarts courtesy of us.”

In a terse response he said “You should have ask him if he has ever given me any money for which I mismanaged” he added. 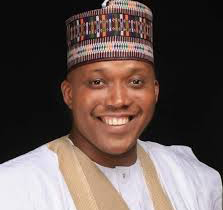