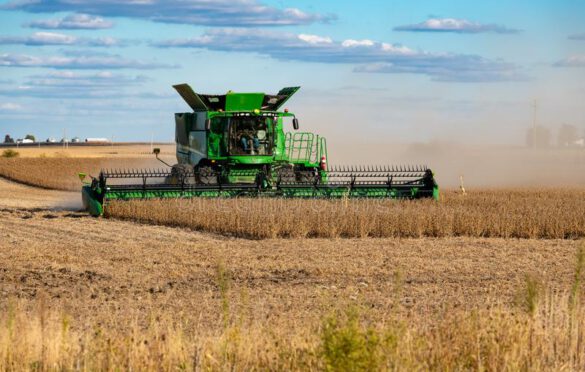 …Bulldozer, combine harvester to be sold for less than #1m

The AbdulRahman AbdulRazaq led Kwara state government has toed the path of the previous government of Kwara state it alleged of selling government properties at giveaway prices by moving to sell heavy duty vehicles and farm implements worth hundred of millions of Naira at ridiculous prices, Fresh Insight can authoritatively report.

In separate letters addressed to two companies; Obafemi & Sons Ventures of No 28, Odo owa street, Gaa Akanbi and Amosa Global Ventures of No 75, Idi Aro Okelele, Ilorin, Kwara state, dated July 6th, 2022 and signed by one Hassanatu Khadijat Toyin  on behalf of the Hon. Commissioner for Finance, the State government tagged these machineries, some of which were said to be purchased by AbdulFatah Ahmed “unserviceable”.

The letter titled “Sales of unserviceable vehicle/plants and equipment” reads in party, “I am directed to inform you that the unserviceable materials listed on the attached sheets of the Ministry of Agriculture and Rural Development premises, Ilorin are hereby awarded to you for the purpose of disposing by PUBLIC AUCTION SALES.”

It is essential for you to pay immediately or 24hours after receiving the award of auctioning to permanent board of survey and show the receipt of KWIRS to the concerned ministry before you will be allowed to proceed with the sales.

“You are requested to make adequate publicity of the sales in the News Media and posters”, it added. It was however not ascertained, whether or not the public auction was advertised.

Among machineries to be sold is a Man Diesel Single Truck with registration number YSZTH4X22 located at mechanic shop, Al hikmat to be sold for a paltry sum of #650,000, according to a ministry of Agriculture sheet attached to the letters.

Other items to be sold is a weighing Bridge at Oyun/Offa, which is placed on auction for the sum of #400,000 and a John Deere combine harvester with registration number 6329DZ02118725CD located IYFTC, Malete, placed for sales at #700,000.

Investigations by Fresh Insight revealed that the three (3) Weigh bridges which is placed for sale at four hundred thousand Naira (#400,000) were newly bought by former Governor Bukola Saraki during his second term, to enhance agricultural productivity and measuring tax payable by farm produce transporters into Kwara state, to aid efficiency in tax collection by the Kwara state Internal Revenue Service. A weigh bridge of that capacity is currently valued at #13million each.

Our source revealed that the Weigh bridges were not put to use by the gand thus, surprising how they became ‘unserviceable’ to be valued at #400,000 each and #1.2m cumulatively.

While Governor AbdulRahman claimed his “administration did not inherit any functional tractor when it came to office in 2019” during unveiling of tractors purchased by his government in 2021, Fresh Insight gathered that the government also placed some tractors belonging to the Kwara state government on public auction.

However, Fresh Insight gathered that there were protest by allies of Gov. AbdulRazaq who ‘facilitated’ the auction of the farm machineries and vehicles auction, as they were allegedly shortchanged by some commissioners involved in the process, which led to a directive from the Governor to halt the auction sales, to ensure his people gets the juicy share.

Allies of the Governor, who protested the award of weighing bridge, bulldozer, some good tractors and other lucrative machinery to an individual, who allegedly used two separate companies claimed that the ‘undervalued’ assets were given to auctioneers whom appointees of the government are interested in, while other scrapped tractors were allotted to them.

According to a source who pleaded anonymity, “Protest of some auctioneers who claimed to be allies of the government who influenced the auction of the plant and machinery led to the halting of the auction which was supposed to take place on July 8th. The allocation of the items for auction will be reconsidered.”

It was however gathered that before the directive of the Governor to suspend the process of public auction, one of the auctioneers to whom a tractor at the Ministry of Agriculture headquarters had already taken the tractor away from the location and it was yet to be returned as at press time.

Efforts to reach the commissioners for Agriculture and Finance as at press time did not yield results. The Press Secretary of Agric Ministry, Mr. Ganiyu Olofa could not immediately state the publication in which the auction that was slated to hold 8th July had been advertised in accordance with the auction award letter and other details of the process, he however promised to get back to this medium.