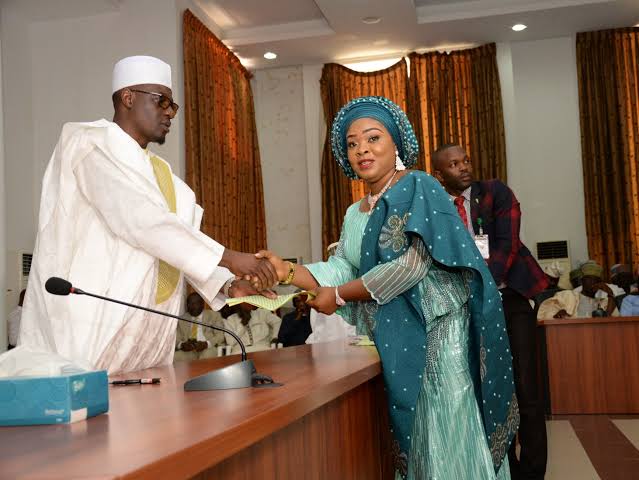 If information at the disposal of freshinsightnewstv.com is anything to go by, then the suspended LG chairs aren’t showing a sign of backing down, this medium has exclusively gathered.
This much was gathered by impeccable sources in the know, who confided in this medium, on the resilience of the suspended Chairmen towards ensuring they’re returned to the seat.

It would be recalled few weeks after their suspension, the Kwara State Chapeter of the Association of Local Government of Nigeria (ALGON) became polarised, with 12 of the Chairmen opting for an out of court settlement, while 4 chose to continue with the litigation challenging the legality of the suspension.

According to reliable sources, Ilorin West, Ilorin East, Irepodun and Ekiti local government chairmen who are the remaining four chairmen pursuing the court case might have concluded arrangements to address a world press conference on Saturday, 24th August.
The source said “The Four remaining Chairmen led by Com. Yinka Dallas, the suspended Chairman of Ekiti LG, will after there court case on Friday, address a world press conference on Saturday in Ilorin.

“They want to use the opportunity to address the world on the relationship of the LGs with the Kwara inland revenue services (KWIRS), the much talked about Four billion naira loan allegedly secured by the all the 16 LGs among other issues” he added.
All attempts to speak with the suspended Chairmen proved abortive as numerous calls put across to Engr. Abdulmumeen Lah and Com. Yinka Dallas of Ilorin East and Ekiti LG respectively were unanswered as at the time of filing this report.