By Abdulrasheed Akogun
No fewer than 5 staff of the Kwara State internal Revenue Services (KWIRS) had been officially certified of testing positive for the dreaded covid 19 virus, yet the management has refused to take precautionary measures of shutting down the facilities, Fresh Insight has exclusively gathered.
It would be recalled Fresh Insight had exclusively reported a memo sent to all staff via email by the management last week about the covid 19 development in KWIRS https://freshinsightnewstv.com/breaking-covid-19-scare-in-kwirs-as-management-moves-to-shut-office/
According to further findings by this medium, the management has however refused to order vacation of the office nor fumigation of the building a week after no fewer than 3 staffs were confirmed infected.
Speaking with this medium under condition of anonymity, a top ranking staff confirmed to Fresh Insight, that “the inaction of the management has led to infection of more staff.
“As we speak now, we’ve had confirmed cases from 4 units namely, Corporate Affairs, Human Resources, MDA and the latest which was confirmed this morning is the legal department.
“As I speak with you, all staff of the legal department have been taken for test, ironically, they’ll all return to the office and continue their normal work until the result is out, thereby endangering the lives of other staffs.
“As against the circular passed, we’ve all been coming to work normally and that’s creating fear of contracting the infection in most of the staff” the source added.
However reacting to the development, one Yinka Yusuf a staff of the Corporate affairs department of the agency, while confirming the authenticity of the earlier reported circular sent to the email of all staff, questioned how an internal memo got to our reporter. 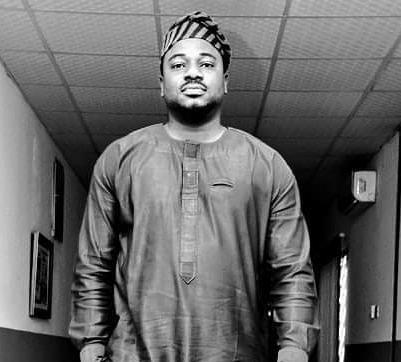 Yinka Yusuf
He said “The circular you mentioned is supposed to be an internal memo, I wonder how it got to you. If you’ve gotten that memo unofficially, I’ll advice you also get your reaction why we haven’t shutdown through the same source. I won’t speak to you on the development.” he shouted.
When asked to direct this reporter to an officer who’s so designated, he said “I’ll speak to my HOD and tell her you called” he banged the call.
All attempts to speak with the Chairman, Mrs. Shade Omoniyi proved abortive as at the time of filing this report.