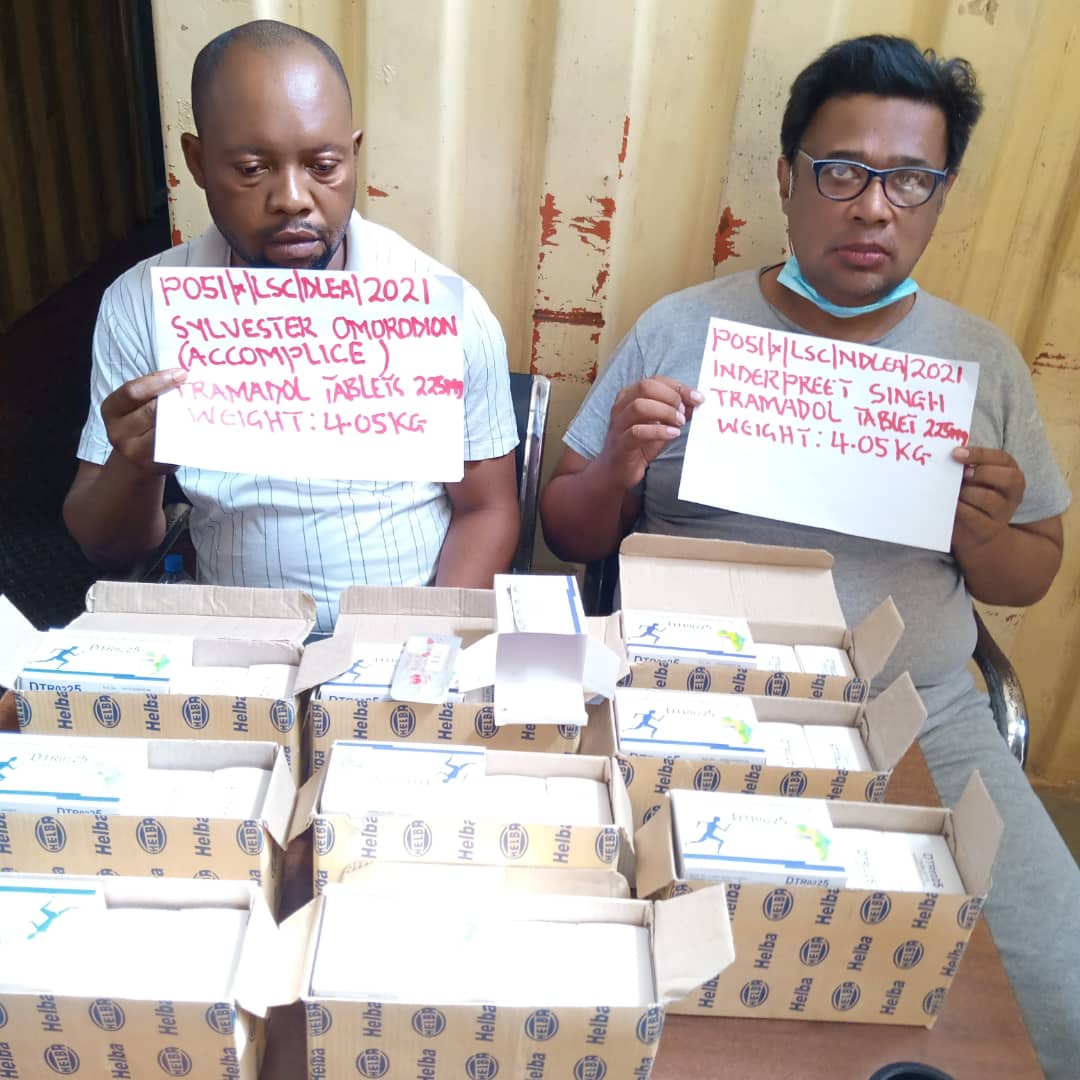 By Abdulrasheed Akogun
Nepotism is suspected to be weaved around appointment of a new Registrar for the Kwara state Government owned International Vocational, Technical and Entrepreneurship College otherwise known as IVTEC located at Ajase-ipo, Irepodun Local Government Area of Kwara State, Fresh Insight investigation has revealed.
Kwara State Government, through the ministry of Tertiary Education, Science and Technology had through an appointment letter dated December 7th, 2020, signed by Hafsat Abdulrahman and addressed to Mr. Lawal Lateef, a copy of which was exclusively obtained by Fresh Insight intimated him of the approval of his appointment as Registrar by the Executive Governor of Kwara State, Abdulrahman Abdulrazaq.
The appointment letter issued to Lateef Lawal reads “I wish to convey the approval of His Excellency, the Executive Governor of Kwara State, Mallam Abdulrahman Abdulrazaq of your appointment as the Registrar of International Vocational, Technical and Entrepreneurship College (IVTEC) Ajase-Ipo, Kwara State, effective from 4th December, 2020. The terms and conditions of service will be communicated to you by the Rector of the College. 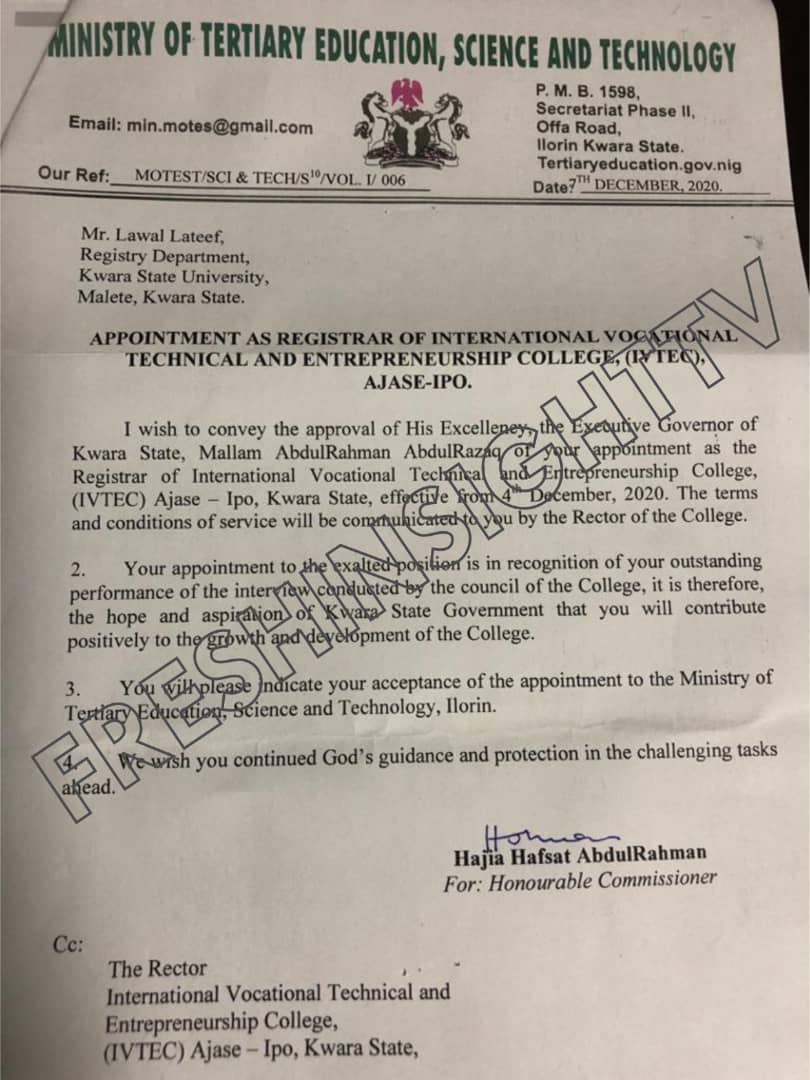 “Your appointment to the exalted position is in recognition of your outstanding performance of the interview conducted by the Council of the College, it is therefore, the hope and aspiration of Kwara State Government that you will contribute positively to the growth and development of the College ” it reads.
In the same vein, the Ministry also wrote another letter signed by Muhammad Kudu Musa and dated December 7th, 2020 to the Rector of the institution, intimating him of the approval of the Governor of the appointment of Mr. Lateef Lawal and Mr. Aransiola Timothy as Registrar and Bursar respectively.
However, findings by Fresh Insight showed, that against submissions in the letter appointing Mr. Lateef Lawal as the Registrar, stating his “Outstanding performance” at the interview as basis for his selection, Lateef actually came a distant 4th out of the 8 applicants interviewed by the School’s Governing Board, according to the interview tally sheet dated November 18th, 2020 and jointly signed by Mr. Bukoye Yekini Debo the Council Chairman and Mr. Maleek Olokoto the AD & PC Chairman.
According to the document, Lawal Suraj, Silas Joshua Jiyah and Odeyemi Thomas scored 70.1%, 67.5% and 66.5% to emerge 1st, 2nd and 3rd respectively, with Lateef Lawal scoring 66.3% to emerge 4th. 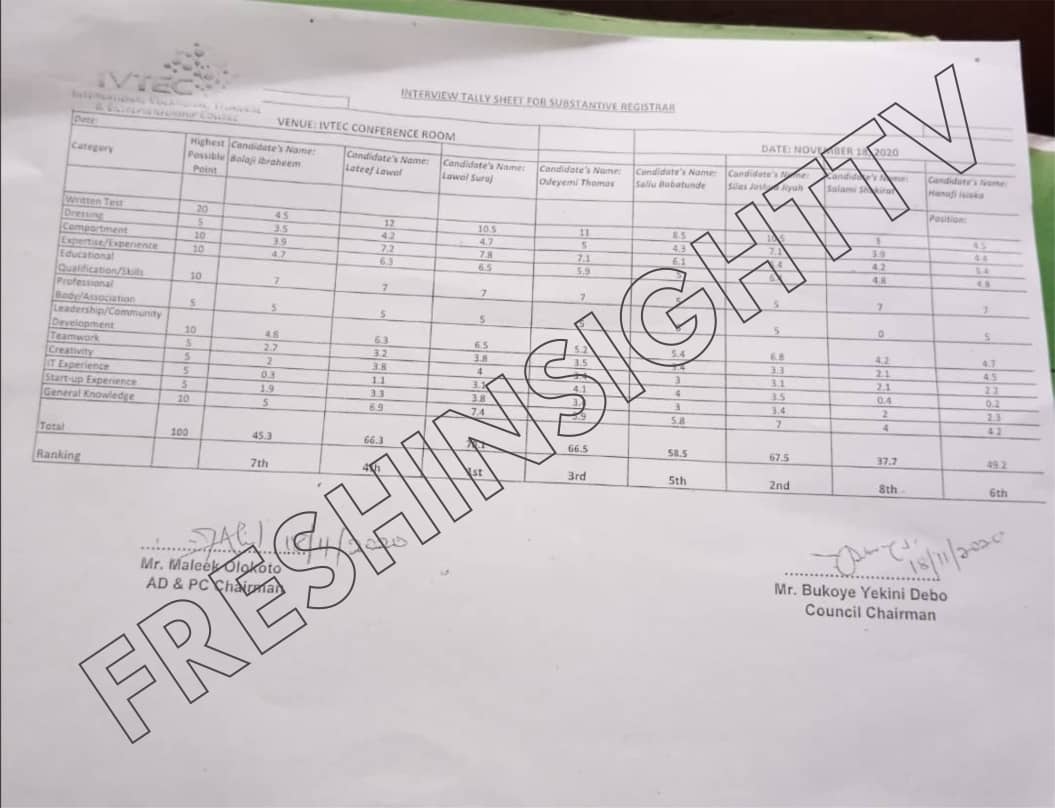 Further findings by Fresh Insight showed that the 1st and 3rd best applicants both hail from the Kwara South Senatorial District of the State, while the 2nd best applicant hail from the Kwara North Senatorial District of the State, with the 4th best coming from Kwara Central Senatorial District.
Speaking with Fresh Insight on condition of anonymity, a member of the Board, bemoaned the “Nepotism” that went into the issuance of letter to Mr. Lateef Lawal, stressing that the decision caused ripples within their midst.
The board member said “That appointment is guided by nepotism and in bad taste. I have never seen a situation where the 4th best is preferred over and above the first 3, which traditionally is the restricted choice from which the visitor is expected to pick.
“When I started hearing rumours of likely sidelining of the interview recommendations, I made frantic efforts to call the supervising Ministry and the Governor to the bad precedence such decision might be setting, I was assured that nothing of such is in the offing, until the appointment was made official, which I can assure you didn’t go down well with majority of the board members.
All attempts to get the government’s reaction proved unsuccessful, as numerous calls and messages sent to the Chief Press Secretary, Rafiu Ajakaye were unanswered as at the time of filing this report.