There is growing disenchantment within the ranks of staff of the State government owned College of Education, Ilorin, over the alleged serial high handedness and unilateral actions of the Chairman of the Governing Council Elder Reuben Iye.

It would be recalled that Fresh Insight had few days back exclusively reported the management’s flouting of the NCCE guidelines on appointment in its vacancy advertisement placed in the national dailies, which is geared towards filling the vacant post of Registrar, Bursar and Director of Works.

According to Fresh Insight’s investigation the latest activities of the Council Chairman causing ripples is unconnected to the retirement and replacement of the outgone Director of Works, Engr. A. T Ayuba who is due for retirement tomorrow Friday, April 30th, 2021.

Curiously, against civil service rules which places premium on hierarchy, the School has chosen to bypass hierarchy by jumping over a civil Engineer, Chief Engineer, Ahmed Folajimi Aleshinloye, the next in rank to the retiring Director, as a level 14 officer and chose to appoint Salau Ajadi Salau, an Agric. Engineer, a level 12 Chief Technical Officer.

Further findings by this medium confirmed that the appointment of Mr. Salau as the Acting Director of Works, faulty and against the conditions of service of the Institution.

According to the appointment letter exclusively obtained by Fresh Insight dated 29/04/2021 with reference number REG/CED/PF/SS/417/VOL. I with title OFFER OF APPOINTMENT AS DIRECTOR OF WORKS and signed by the Registrar, A. A Ibrahim. it reads “I am directed to inform you that the finance and general purpose (F&GPC) committee of the council at its 99th meeting held on Wednesday, 28th April, 2021 has appointed you as the Acting Director of Works of Kwara State College of Education, Ilorin with effect from Monday, 3rd April, 2021 until a substantive Director of Works is appointed for the College.

“This is sequel to the completion of tenure the outgoing Director of Works Engr. A. T Ayuba which takes effect on the 30th April, 2021” it partly reads

Further investigation by Fresh Insight showed that the newly appointed Acting Director, was not qualified for the Directorship, if the advert placed by the management seeking for suitably qualified candidates to fill the space is anything to go by.

According to the advert, the criteria for eligibility which among other things includes “…must not be below the rank of a Chief Engineer…”, ” …must possess an Engineering degree, preferably Civil Engineering or Architecture… ”

Meanwhile, 20 out of the 21 applicants for the advertised post of Bursar and the Director of Works have been marked unqualified for the position in line with the advertisement inviting suitably qualified candidates for the 2 positions.

While all the 10 applicants each for the position of Bursar and Director of Works were returned unqualified, however one Ahmed Folaji Aleshinloye, Chief Engineer in the same department was cleared as qualified.

It is however not clear as at the time of filing this report if the management will place new adverts for suitably qualified candidates, especially for the post of Bursar where none of the applicants were marked qualified.

Reacting to the development, the Chairman of the Council Elder Reuben Iye via a telephone interview with our reporter on the 20 of the 21 applicants deemed not qualified he said, “The management will take a decision on the matter when we get to the bridge”.

On the allegation that he gave the instruction for the appointment of a junior officer in acting capacity he cuts in… “who is your informant in this school, if you can’t tell me who is giving you all these information, then I have nothing to say to you” and he hung up the phone. 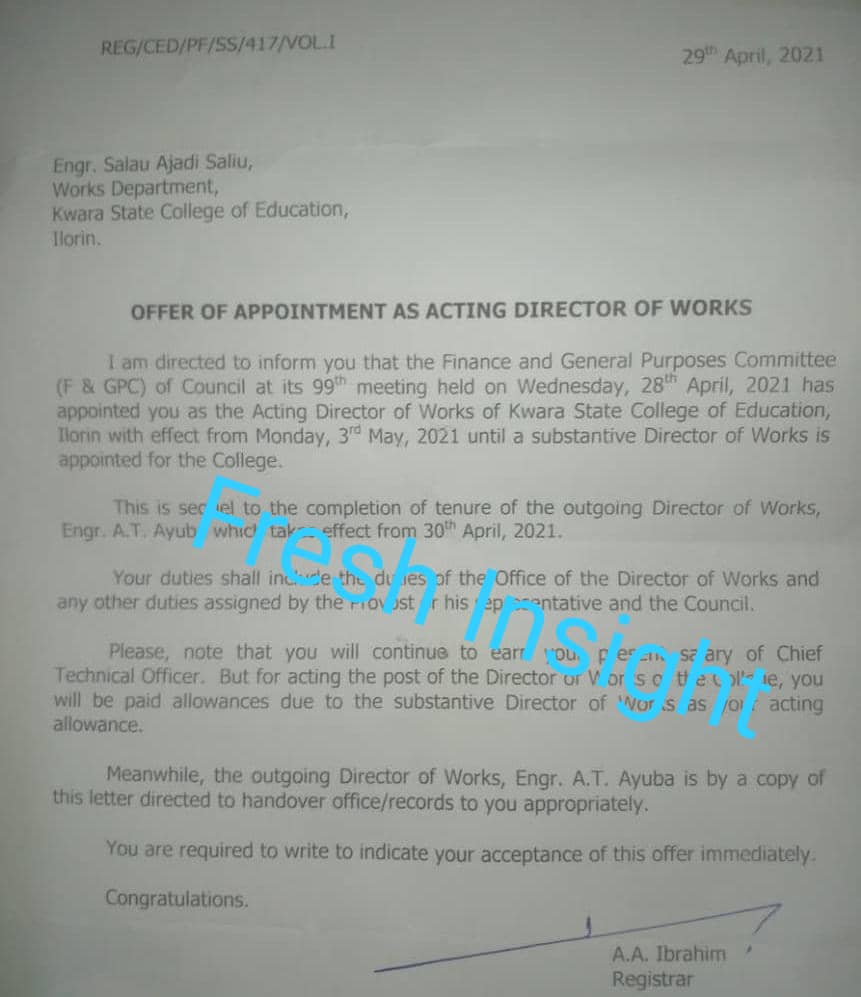 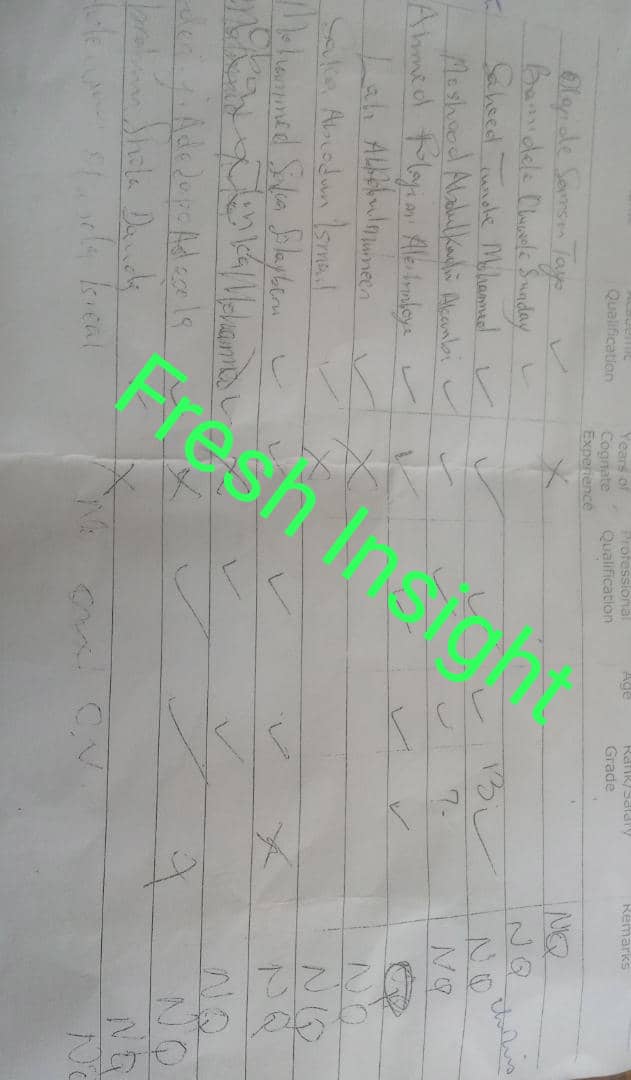 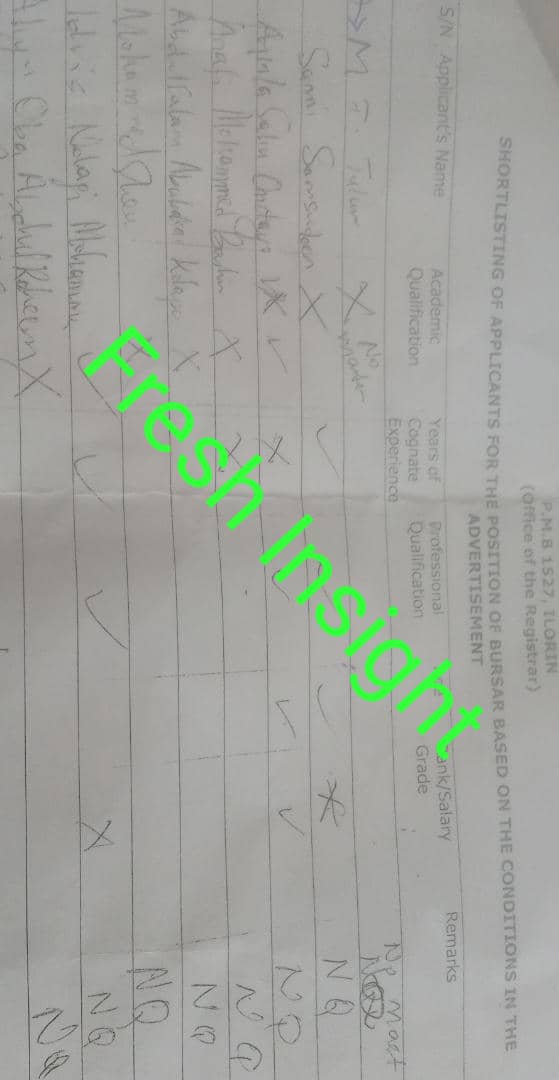