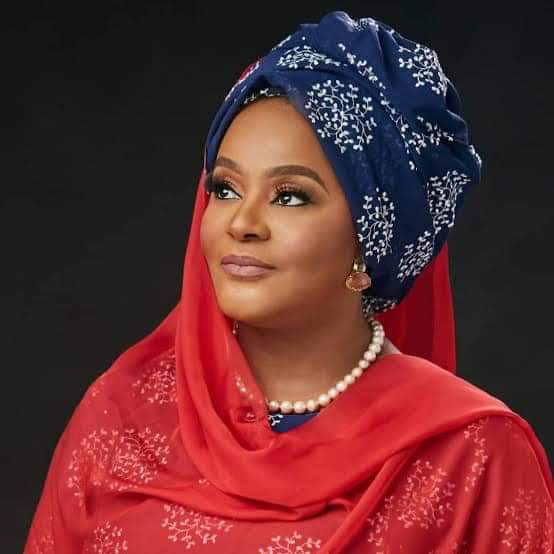 The rumoured resignation of the commissioner for Special Duties which had gain prominence across Kwara State have been put to an end with Aisha standing down her resignation attempt, Fresh Insight can report.

It would be recalled Aisha Pategi had been having a running battle with the commissioner for finance over alleged mismanagement and shady deals trailing the finances of the local government FAAC share on a monthly basis.

Although, Aisha Pategi had come out to deny ever exchanging blows with any of her colleagues as reported by an Ilorin based tabloid (not Fresh Insight), she however confirmed that she’s having a disagreement with her colleagues which is nothing out of the ordinary.

However, speaking with Fresh Insight, an highly placed government source confirmed that truly, Aisha Pategi contemplated resigning her appointment over what she termed “betrayal”, she was however prevailed on by close aides, family, friends and the traditional institution.

The source said “Aisha Pategi feels betrayed and deserted, she however feels it’ll be bad to join in destroying the house she joined bands to build, so she felt the best way out to keep her integrity and protect the government was to walk away when the ovation was loudest.

“I can confirm to you that she actually concluded on resigning last week and thus tendered her resignation, which she guided jealously to avoid leaking to the press and causing untold embarrassment to the government.

“Kwara North leaders especially the traditional and political leaders however saw her walking away from the government as untimely and ill-advised and thus prevailed on her to rescind her decision.

“After consultation with her family and associates, she has accepted to put the whole incidence behind her in anticipation that she’ll be accorded due respect and allowed a free hand to do her job moving forward” the source enthused

All attempts made at getting the commissioner’s reaction proved abortive as numerous calls placed on her mobile line were unanswered as at the time of filing this report.

Meanwhile, shaking off the resignation rumour and somewhat disappointing her traducers, Aisha earlier today paid a working visit to the Abuja office of the Transmission Company of Nigeria (TCN), over the epileptic power supply in the State.

Pategi according to the ministry’s press secretary Taiwo Olushola Abosede, while speaking with the Managing Director of TCN, Engr. Sule Ahmed Abdulaziz, reiterated the commitment of H.E Governor AbdulRahman AbdulRazaq in providing electricity to every nook and cranny of the state which will bring about transformation of the state into an economic and commercial hub.

She said ” Electricity is vital for the growth of big businesses and SMEs, which the Kwara State Governor is giving a chance to thrive well in the state.

“We need an expansion and upgrade of transmission facilities in the state for efficient and effective wheeling of generated electricity.

In his response, Engr. Sule Ahmed Abdulaziz promised more collaborations with Kwara State Government under the leadership of H.E AbdulRahman AbdulRazaq, especially at this time when Kwara State is gradually getting back on the map of advanced states in Nigeria.