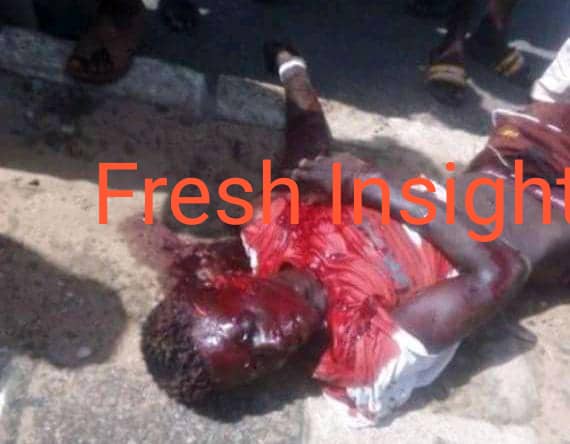 No fewer than five (5) young people have lost their lives to renewed cult clash in Ilorin metropolis, the Kwara state capital over the last 72 hours, Fresh Insight can report.

The renewed rivalry and supremacy battle according to Fresh Insight is between members of Eiye and Aiye confraternities in Ilorin.

It would be recalled an unidentified man was mauled down in cold blood on Tuesday, June 29th at exactly 6:45pm along Emir’s road Ilorin.

3 hours after, the merchants of death took their trade to another area of Ilorin metropolis where they mauled another victim down in the full glare of onlookers.

According to an eyewitness who craved anonymity, he said “We all were busy watching the ongoing Euros between Ukraine and Sweden which ended very late in the night.

“The assailants obviously were lurking around having tracked their prey to the viewing centre, immediately after the final whistle, they came for him and announced to everybody they are there for their victim and not for anyone else.

“They were five (5) in number, they dragged him armed with guns, machete etc, they snuffed life out of him and waited to confirm he is dead, before disappearing into the darkness, unchallenged.

“I have been hearing cult related killings for more than four (4) decades, this is the first time I will be witnessing the barbaric act physically and I have been shivering ever since” he lamented.

Speaking with Fresh Insight on the incident, a top security operative who craved anonymity confirmed that they have picked four (4) corpses from various locations in Ilorin metropolis, mainly Ilorin interior from June 29th incident till this morning, stressing that the cultists are growing more daring.

In continuation of the supremacy battle, the merchants of death took their trade to Idiagbon area of Ilorin metropolis this evening, killing a middle aged man who was identified as Qudus Alaya.

According to eyewitness, he was accosted, overpowered and mauled down by five (5) assailants around 5:15pm.

Confirming the incident, the Police Public Relations Officer of Kwara command, SP Ajayi Okasanmi, decry the incessant incident, stressing that it is time for the community and all relevant stakeholders to rise up and partner the Police towards tackling this menace.

He said “I can confirm to you we’ve arrested no fewer than 10 suspects since the renewed clash three (3) days ago.

” The Commissioner of Police have given orders to go all out and apprehended the perpetrators and bring them to justice, we’ve been raiding black spots and we’ve made several arrests.

“However, the Police cannot do it alone, we need the collaboration of all and sundry, especially on the aspect of information volunteering, the perpetrators are not ghosts, they sure live here. Therefore, the people they live with knows them, we implore them to give them up by providing relevant information to the police” he pleaded.