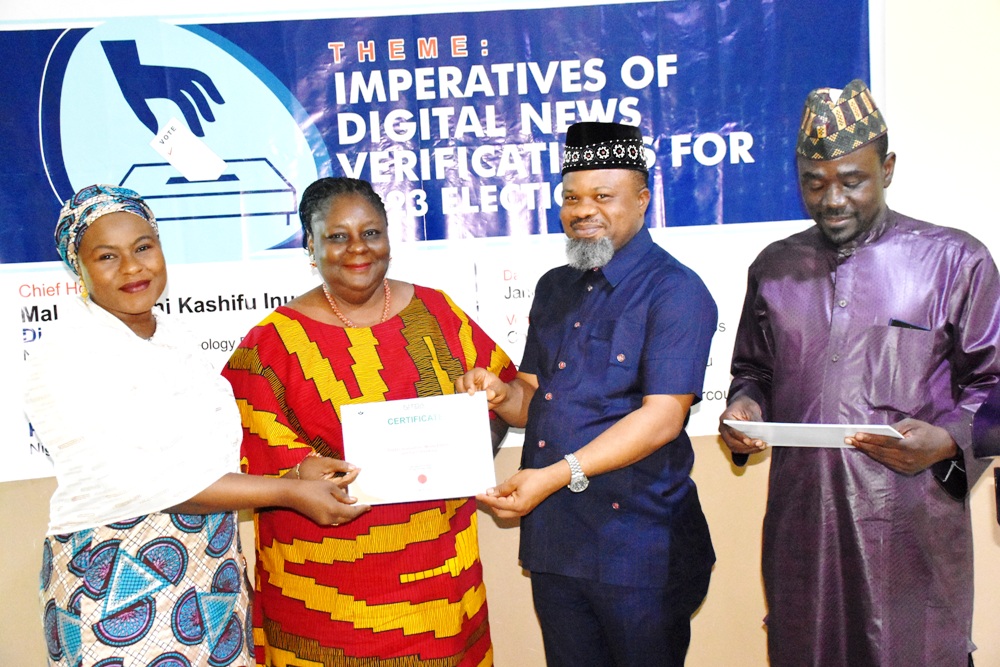 The Chairman of the Nigerian Union of Journalists (NUJ), Enugu State Chapter, Mr Sam Udekwe, has commended the National Information Technology Development Agency (NITDA) for always prioritising the growth and development of journalists especially in the area of amassing digital skills for smooth operation.

Udekwe, who spoke at the end of Digital Journalism and Fact-checking Workshop held in Enugu said NITDA under the Kashifu Inuwa-led management has made journalism the priority of its capacity building initiatives.

He commended Inuwa for periodically helping NUJ leaders to develop the capacity of journalists across the country.

He also commended the Chris Isiguzo-led national leadership of NUJ and the Yushau Shuaib-led Image Merchants Promotion Limited, Publishers of PRNigeria and Economic Confidential, for collaborating with NITDA to bring the workshop to Enugu.

Also speaking, chairman of the Enugu correspondent chapel, Mr Lawrence Njoku, commended the NUJ national leadership and IMPR for the initiative, pledging that the participants will make the best use of what they learnt in the course of the training.
Speaking on behalf of female participants, Ngozi Mbah of the Federal Radio Corporation of Nigeria (FRCN) said she and other beneficiaries were leaving the venue enriched with the latest digital tools they were exposed to.

In her remarks, the spokesperson of NITDA, Hajiya Hadiza Umar, who represented the DG, said her agency would sustain the capacity building programme on latest digital tools and skills for mass communication.

She therefore urged the journalists to make the best use of the skills they learnt which were meant to ease their job and also share the knowledge with colleagues who could not attend the session.