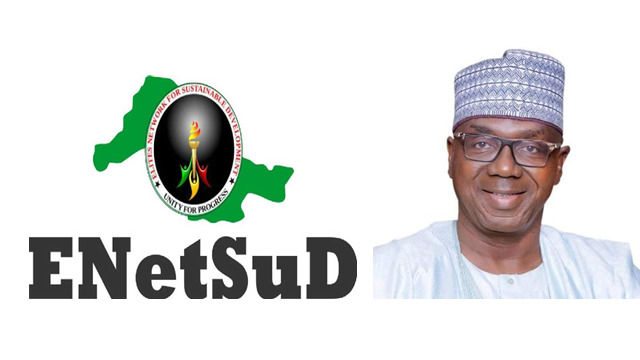 ENetSuD while reacting to the Governor’s allegation of being used by opposition for political reasons through its Coordinator, Alagbonsi Abdullateef, Ph.D said “Our attention has been drawn to the recent interview of Governor AbdulRahman AbdulRazaq of Kwara State by Thisday Newspaper where he made comments on the Transparency efforts of his administration using Social Audit as a case study.

“What we expect the Governor to be informing the public now is the actions his administration has taken on all the 5 projects that our Social Audit reports have alleged various forms of corruption. On the 5 projects we have audited whose total contract sum is worth ₦7,276,945,817, we have reported questionable spendings worth over ₦970 million. For instance, we queried ₦751,551,647 that was padded into the Bill of Engineering Measurement and Evaluation (BEME) of Ilesha-Baruba-Gwanara road to inflate its contract sum.

“We also queried ₦53,511,673 on inflated contract sum and unexecuted works at Patigi Secondary School. In addition, we queried ₦16,676,430 on unexecuted works at the College of Education Road in Ilorin. The queried items worth ₦107,803,155 on Geri-Alimi underpass is there. Lastly, we recently reported how the contract sum of Government High School Ilorin was inflated with the insertion of irrelevant items worth ₦40,530,208.

“As at the time of writing this statement, the administration of Governor AbdulRahman, despite being the initiator of the Social Audit that we sincerely executed out-of-pocket without collecting a kobo, has neither informed nor updated ENetSuD (and the general public) about what the government has done on all these corruption-related allegations amounting to over ₦970 million.

“However, this will not stop us from taking other lawful steps to ensure that further actions are taken by the relevant anti-graft agencies at the appropriate time on all the financial crimes we have noticed on these (and other) projects, if there are facts that no action is taken by the government. It is a matter of time and we are waiting.

“We wonder how a government that initiated Social Audit in good faith and sought partnership with ENetSuD (an anti-corruption Civil Society Organization) will receive reports of our Audits and keep mute on the reports and actions that have been taken so far, if any. To the best of our knowledge, we do not have a piece of official information on what the government has done to address these allegations in our reports.

“We urge the Governor to advance his understanding of fighting systemic corruption, as the current model of fighting corruption in silence is not a good practice but rather promoting corruption in the system. He may choose to use the actions he has taken so far on our reports to convince the public that he is truly ready to fight systemic corruption. The simplest way to win the public sympathy and trust and silence the opposition is to provide empirical evidence (to the public) that the alleged corruption has been satisfactorily addressed by the government” he stressed