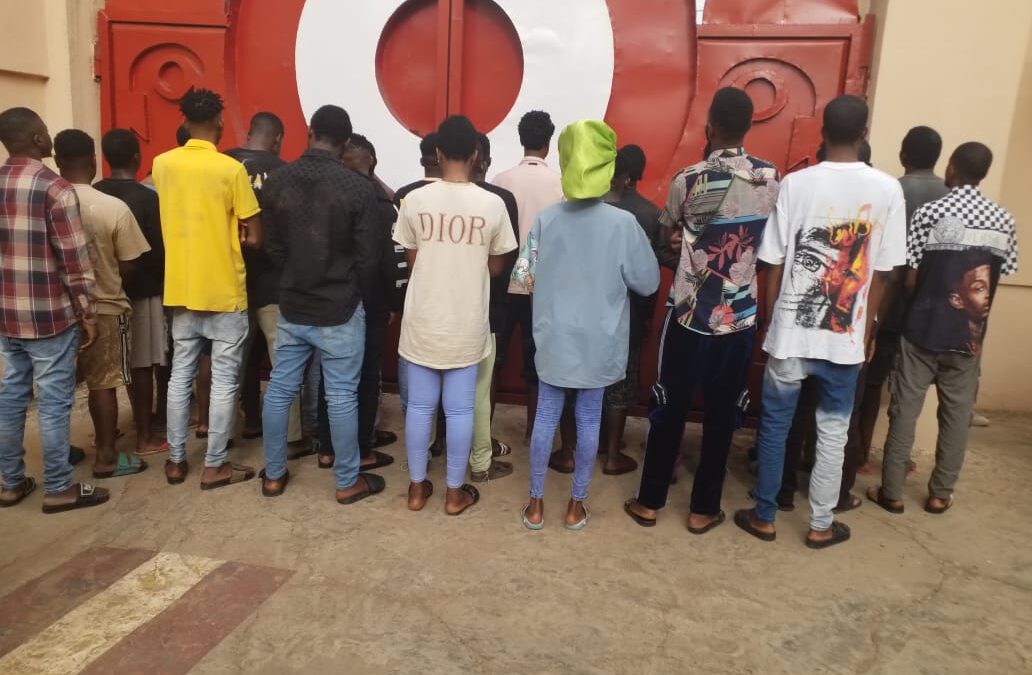 The Ilorin Zonal Command of the Economic and Financial Crimes Commission, has arrested no fewer than  34 suspected internet fraudsters in Ado-Ekiti, Ekiti State and Ilorin in Kwara State.

A statement signed by Head, Media and Publicity of EFCC, Wilson Uwujaren, on Tuesday said that 30 of the suspects were arrested in Ado-Ekiti, the Ekiti State capital, while the remaining four were arrested in Ilorin, Kwara State.

The Ilorin zonal Command of the EFCC covers activities in Kwara, Ekiti and Kogi States.

Uwajuaren said the suspects, apprehended at different locations in Ado-Ekiti, comprised of 28 males and 2 females.

The EFCC spokesperson, the suspects were picked up based on credible intelligence obtained by the Command.

“Items including six exotic cars worth millions of naira, 47 different brands of phones and sixteen laptops were recovered from the suspects at the point of arrest,” it stated.

Uwajuaren also said that 4 other persons suspected to have been involved in similar offences over the weekend in Ilorin were arrested by the EFCC officials in a related development.

“The suspects, Oyewole Moruf Damilare, Abdul-Salam Quzeem, Mohammed Bello and Olusanya Idowu Lukman, were arrested in Agric Estate, in the Sango area of Ilorin following a tip-off on their alleged unwholesome activities.

“Some of the items recovered from the suspects at the point of arrest included expensive phones, different brands of laptops and a car,” he said.

Uwajuaren said that the suspects would be arraigned in the court upon the conclusion of the investigations.