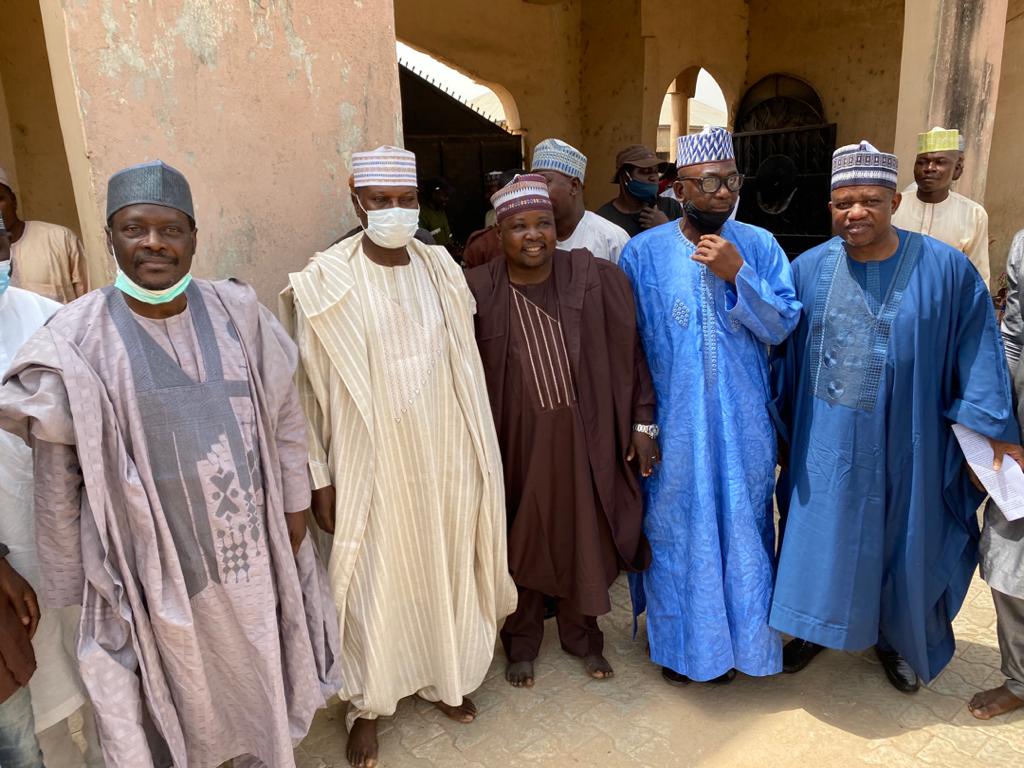 The stakeholders of the All Progressives Congress party (APC) in Edu Local Government Area of Kwara State have strongly condemned the take-over and transfer from Lafiagi to Ilorin by the Kwara State Government, of the alleged criminal attacks case instituted by its members at the second registration and validation of membership sensitisation meeting in Lafiagi; describing the action as irregular, illegal and an attempt to deny its members justice.

Speaking with journalists in Lafiagi at the weekend spokesman of the party members, Alhaji Manzuma Tsoeda Mamman, said that the transfer of the case was suspicious due to the alleged involvement of some suspected individuals close to the Kwara State Government.

It is recalled that there was reported attacks at the APC stakeholders meeting in Lafiagi, Edu Local Government Area of Kwara state on February 8, 2021 where criminal acts of violence and robbery took place and which the State Government had also condemned and denied its involvement.

Alhaji Mamman, who said that there was no request by the complainants for any government intervention, added that counsel engaged for the case was in court in Lafiagi when the State Director of Public Prosecutions (DPP) ordered the transfer of the case from Lafiagi to Ilorin.

“On arrival at the Area Court, Lafiagi, on the appointed day, the Registrar of the court informed our complainants and counsel that the court was not sitting as our case file had been transferred since February 17, 2021 to Ilorin on the order of the Kwara State Director of Area Courts. When we inquired about the rationale behind the transfer of the case file, the Registrar informed us that
at about 8:00 am of the same day, the court received a copy of a letter dated February 17, 2021 written by the Kwara State Ministry of Justice and addressed to the Director of Area Courts on their intention to take over the prosecution of the case for “ease of trial”.

The people, who said that the take- over of the prosecution and transfer of the case file was illegal and politically motivated, added that the case was personally instituted by private individuals who were affected directly by the alleged
criminal attacks.

They also said that there is no incumbent Attorney General and Commissioner for Justice in Kwara as the State Executive Council has been dissolved, adding that the constitutional power of the Attorney General of the Federation or of any State to take-over the prosecution of a case can only be exercised by the state Attorney General himself or he may formally delegate such power to officers of the Ministry of Justice under his jurisdiction.

The members, also called for unity especially among critical stakeholders within the party and ensure they guide against infiltration by bad elements to ease their victory come 2023.

The meeting also called for the cancellation of the ongoing membership registration and revalidation exercise in Kwara State, as it is being done in utter disregard to the guidelines issued by the National Secretariat of the party, such that the exercise did not take place in any polling centre throughout the Edu Local Government Area of the state. The meeting demands that a new committee should be set up for the exercise as the incumbent committee was allegedly compromised.

The APC Edu Local Government Area of Kwara also joined the call by the entire people of Kwara North Senatorial Zone for their decision to ensure the next Governor of the state come year 2023 emerges from Kwara North saying that only political parties that zone their governorship candidate to the Kwara North will be supported by the people of the zone in the next general elections. The party members therefore identified with the moves and support the efforts of the Kwara North Leaders Forum and all the other like-minded movements and platforms for a qualified and capable Kwara Northerner to emerge as Kwara State governor in year 2023.