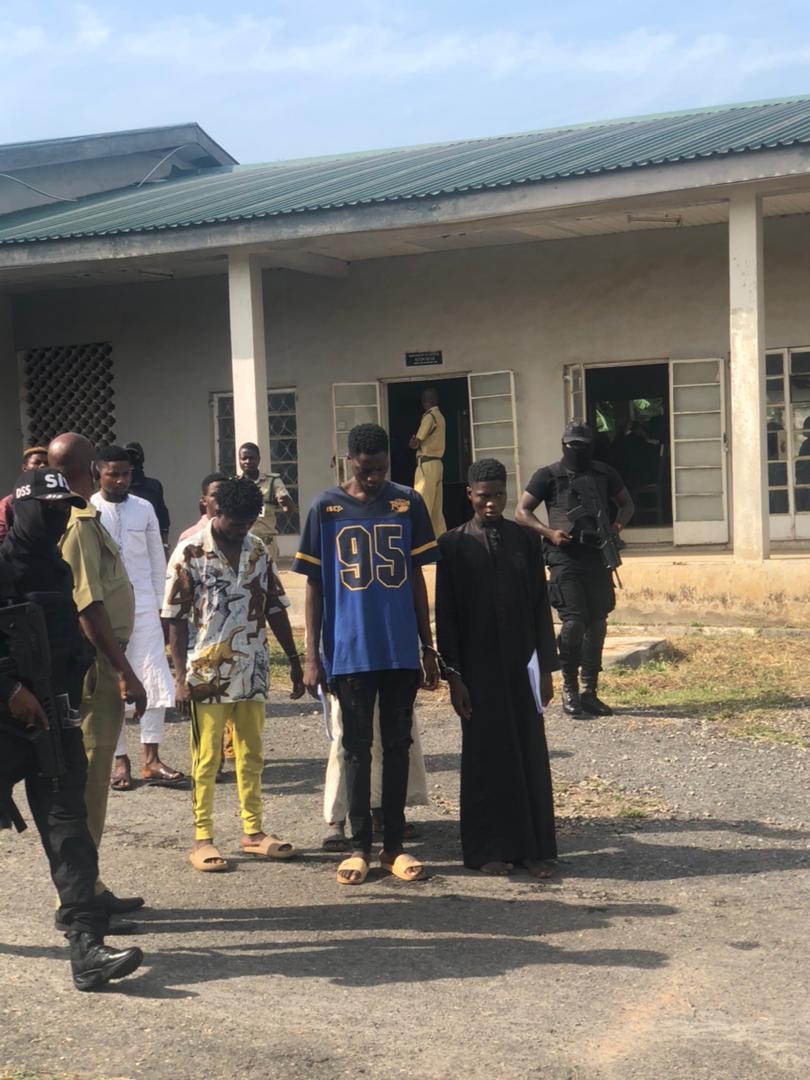 Mild drama and disbelief enveloped the Court at the resumed hearing of the rape and murder of the 300 level Student of the University of Ilorin, Olajide Blessing Omowunmi with the self confessed involvement of a serving Police Officer, Sgt. Adewale Adeshola.

Adeshola who appeared as one of the prosecution witness confirmed receiving the stolen phone which was later discovered to be that of the deceased from 6th accused (Abdulateef Abdulrahman) who he described as a neighbour he had known for the past 15 years.

Adeshola said “I kept the phone with me between June 10th and 12th, 2021 but was yet to institute an investigation on the item when i was invited by the DSS.

“I queried the accused about the source of the phone, which i suspected to be a stolen item” he added.

The court while admitting the 40 exhibits tendered against the suspects by the Directorate of State Security Services, who was represented by one of its operative Igwe Imo, tendered a wooden toy gun as one of the items allegedly used by the suspects to commit the crimes.

The first three suspects are standing trial for alleged rape and murder of the 24-year-old student in their Tanke, Ilorin residence early last month.

The security service also presented three witnesses, including a girlfriend of the eighth accused, Zainab Olaiya.

The witness told the court that Akande Taiye called her with a phone number suspected to be that of the late Blessing Olajide.

She was tracked and invited by the DSS and this later led to the arrest of the accused person through her.

The presiding judge, Justice Ibrahim Yusuf also came down hard on counsel to the seventh accused Sikiru Solagberu for reportedly disrespecting the court.

Justice Yusuf had last Wednesday ordered the arrest of Mr. Solagberu by security agents for allegedly exhibiting conduct unbecoming of a lawyer after court proceedings by making uncomplimentary remarks in some television stations and social media platforms.

The judge equally expressed displeasure over the lawyer’s decision to communicate his withdrawal from the case through a letter delivered by his secretary to the court.

He, however, accepted Solagberu’s apology through his counsel, Kehinde Eleja (SAN) and discharged him accordingly.