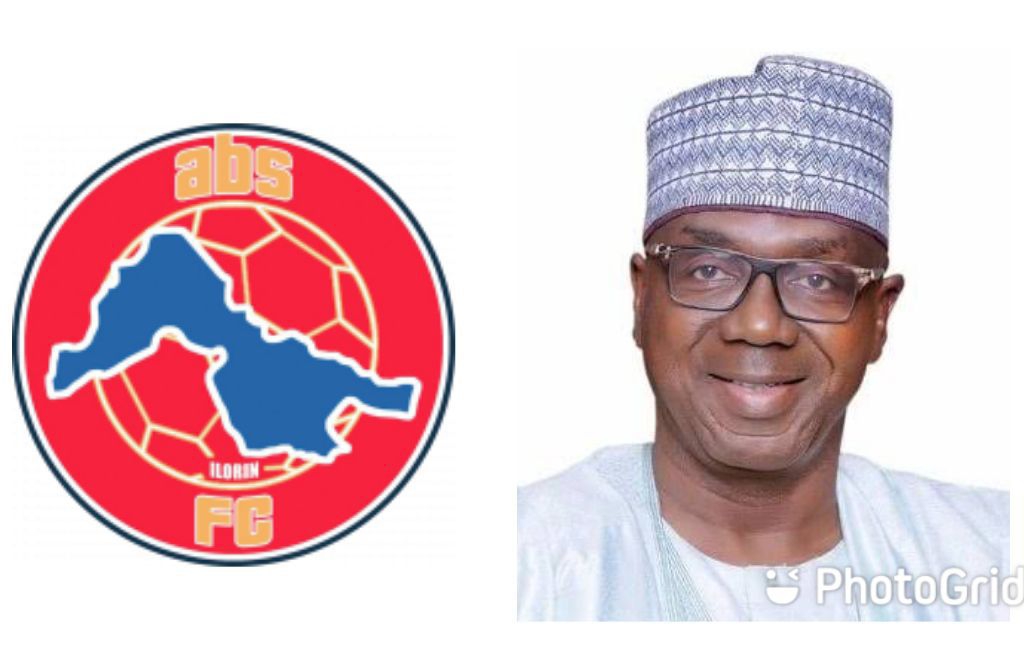 By Ibrahim Sheriff (Gold)
The management of Abubakar Bukola Saraki (ABS) Ilorin FC has cautioned the AbdulRahman AbdulRazaq led Kwara state government against joining sports, which the club stood for, with conventional politics of any kind.
In a press statement issued by the Club’s administrative secretary, Funmilayo Owolabi (Mrs), the club refutes insinuations that the club was evicted from the Kwara state stadium complex because of its refusal to pay rent for office facility, asserting that the club had no prior discussions or any requests by the Kwara state Internal Revenue Service, KWIRS to pay for the facility.
Recall, that there has been speculations that the eviction of the club from Kwara stadium complex was as a result of nonpayment of office rent to Kwara state government since the club has been using the facility in 2014 when it was established.
There is also insinuations that the facility was only approved for use by the club through a fiat and without following any due process or official communication.
The club however said the facility was formerly a non-permanent structure site office/store put in place by the Engineering firm that upgraded the Kwara state Stadium Complex, Ilorin, for which the management of ABS FC applied to the State Ministry of Sports and Youth Development, through the Sports Council for the use of the facility as office accommodation cum store, upon completion of the stadium and the request was graciously granted.
The club’s statement reads in part, “Our dealings with the KWIRS had been on the areas of tax payments, payment for the use of the stadium fields for our matches, in which we have continued to maintain our obligations.”
“Only recently, the management of the Kwara State Sports Council, through the Stadium Manager, Mr Wale Obalola at an informal meeting hinted us on directives to recover the facility from ABS FC, and also discussed agreements on payment for the office.”
“Some days after the meeting, the State Sports Council wrote to the club asking us to sign an agreement for a yearly rent payment of N180,000.00, to be paid in two installments, subject to further negotiations “
“We sent a reply to the Sports Council, requesting to pay the sum of N150,000.00 in three installments, payable quarterly, and demanded for the Bank Account to make payment to, for the first installment.”
“Few weeks after,  it became clear to us that there were other unseen forces, teleguided unsportsmanly utterances/reactions and political undertones bent on seeing ABS Ilorin FC out of the office, including stringent conditions that the letter of payment agreement dated 24th May 2021 was to take effect backward from January, 2021.”
“We sorted for calm and reminded them that issues of sports and youths development of which the club stood for should not be joined with conventional politics of any kind.”
“Almost immediately, we received a notice titled “Request To Vacate Facility” signed by the Council’s Secretary, A.J Adebisi which read …
“The management of Kwara State Sports Council wish to inform you/your club that the Bill for the establishment of Kwara State Sports Commission has been passed into law and presently awaiting assent by the Executive Governor, Malam AbdulRahman AbdulRazaq.”
“The Council has been requested to make available comfortable office accommodation for the incoming Board Chairman and members to start work as soon as possible.
“In view of the foregoing, the Council wish to appeal to you/your club that the Council will need to make use of the facility in your club’s possession to accommodate the incoming Commission Chairman and members” the notice read in part’.
“From the above scenario, it is evidently clear that muddling negotiations for payment and notice to vacate the facility for use by the sports commission depicts a clear case of contraction which confirmed our fears of unseen forces and unsportmanship political undertones.”
“Meanwhile, we had requested the Council to give us some time to look for alternative office accommodation and to allow the club complete the ongoing Nigeria National League (NNL) season which has only 4 matches to go.”