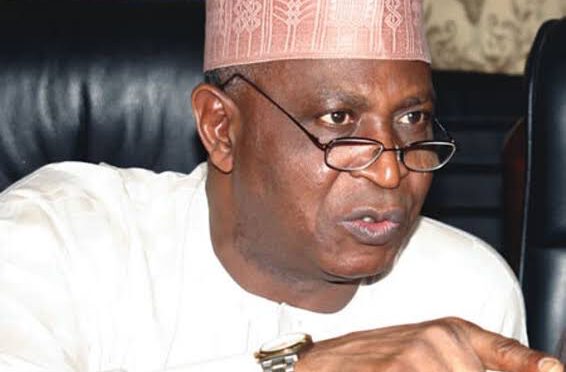 As the leading opposition party, the Peoples Democratic Party in Kwara State gets set to finalise on its consensus candidates, disquiet has engulfed Baboko ward of Ilorin West local government area, over the rumored ambition of Alh. Abubakar Kawu Baraje, this medium has gathered.

According to chats on a WhatsApp group ‘PDP Youth Canvassing Kwara Chapter’ and monitored by this medium, members of the platform who are mainly of the Baboko ward of Magaji Ngeri constituency of Ilorin West local government area of the State.

Reacting to the rumored Senatorial ambition of Alh. Abubakar Kawu Baraje who is an indigene of the ward, Abdullateef Kayode Sakariya said “Anybody not willing to say the truth should please maintain a dignifying silence, we aren’t against his purported Senatorial Aspiration, why must we continue to serve the same set of people, even when they’ve not been useful to us, like their contemporaries.

Most of our youths are jobless even with the influence and access they have with which they can assist scores of our unemployed youths get job.

“Our youths have now taken to touting and indiscriminate smoking of Indian hemp among other vices, we’re unapologetic with our stands against him, if anything is coming to Baboko ward, it should go to someone that’ll benefit the whole community and not those that’ll turn a blind eye to the sufferings of our people” he added

Speaking in the same vein Ismail Olanrewaju enjoined the leader of the party to avoid the mistake of the past, stressing that Alh. Baraje can’t lead the party to victory.

He said “The biggest mistake Dr. Bukola Saraki can make is to field Alhaji Kawu Baraje as our Kwara Central Senatorial Candidate, we’ll loss woefully at the polls, I hope Leader won’t repeat the Razak Atunwa mistake. We won’t hesitate to face Leader and tell him the bitter truth if that will save our party from losing the next elections.

“Alh. Baraje cannot even deliver his ward, talkless of the whole local government, people are angry against him, he has used his previous office to little or no benefit to the youth of Baboko ward, therefore it’ll be disastrous trusting him with an higher calling, especially when we’re just coming out of the humiliating defeat we suffered in 2019” he alleged.

On that part of AbdulKadir Olayinka AbdulKareem, he said “Alh. Baraje is only disturbing himself, we would stand against him all the way, Leader should do the bidding of the party members, we want to win this election, and we want someone that can deliver victory and not someone who has benefited nobody with his previous positions” he submitted.

Meanwhile, the leader of the party, Dr. Bukola Saraki is billed to return to ilorin today to continue the consensus arrangement which he kickstarted and chair 2 weeks ago.