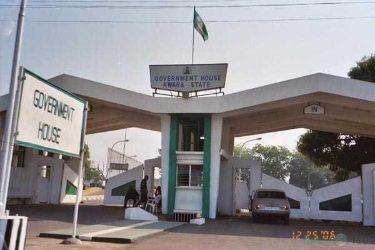 The Ahmadu Bello way Kwara State Government House is being taken over by darkness every night, despite the AbdulRahman AbdulRazaq led government claim of spending over 800million Naira on the facility within three months.

Fresh Insight reporter who visited the Kwara state government House around 8:00pm, at different days noticed that the facilities, which houses the Governor’s office, Deputy Governor’s office, Office of the First Lady and Presidential Lodge were all engulfed in darkness, perhaps, as a result of dysfunctional lightening system.

A Kwara based newspaper (not Fresh Insight) had reported that the Kwara state government renovation gulped a whopping sum of N500 million in 2021, even though the initial cost of erecting the edifice was not up to half of renovation cost.

The newspaper reported that “It was also alleged that the renovation contract was given to one Hajia Hajarat Waziri Ibrahim, a sister-in-law to the governor’s younger brother, Mallam Isiaq AbdulRazaq with the money paid in two tranches of N250million (https://thenationalpilot.ng/2021/11/18/kwara-govt-house-renovation-gulps-n-5bn/?utm_source=rss&utm_medium=rss&utm_campaign=kwara-govt-house-renovation-gulps-n-5bn).”

According to the first quarter Budget Implementation Performance Report of the Kwara state government, of the total sum of N3.9billion budgeted for Government House, about N871million was spent between January and March 2022.

This was contained in a data obtained from the First Quarter (2022) Budget Implementation Performance Report of the state government.

It could be recall that Fresh Insight had earlier reported that the Kwara State Government under the watch of Mall. Abdulrahman Abdulrazaq has expended the sum of N94,855,407.45 on Internet Service between January and March 2022.

It is important to note that the Budget Implementation Performance Report helps to maintain financial discipline and promote efficient service delivery and allocation of public funds.