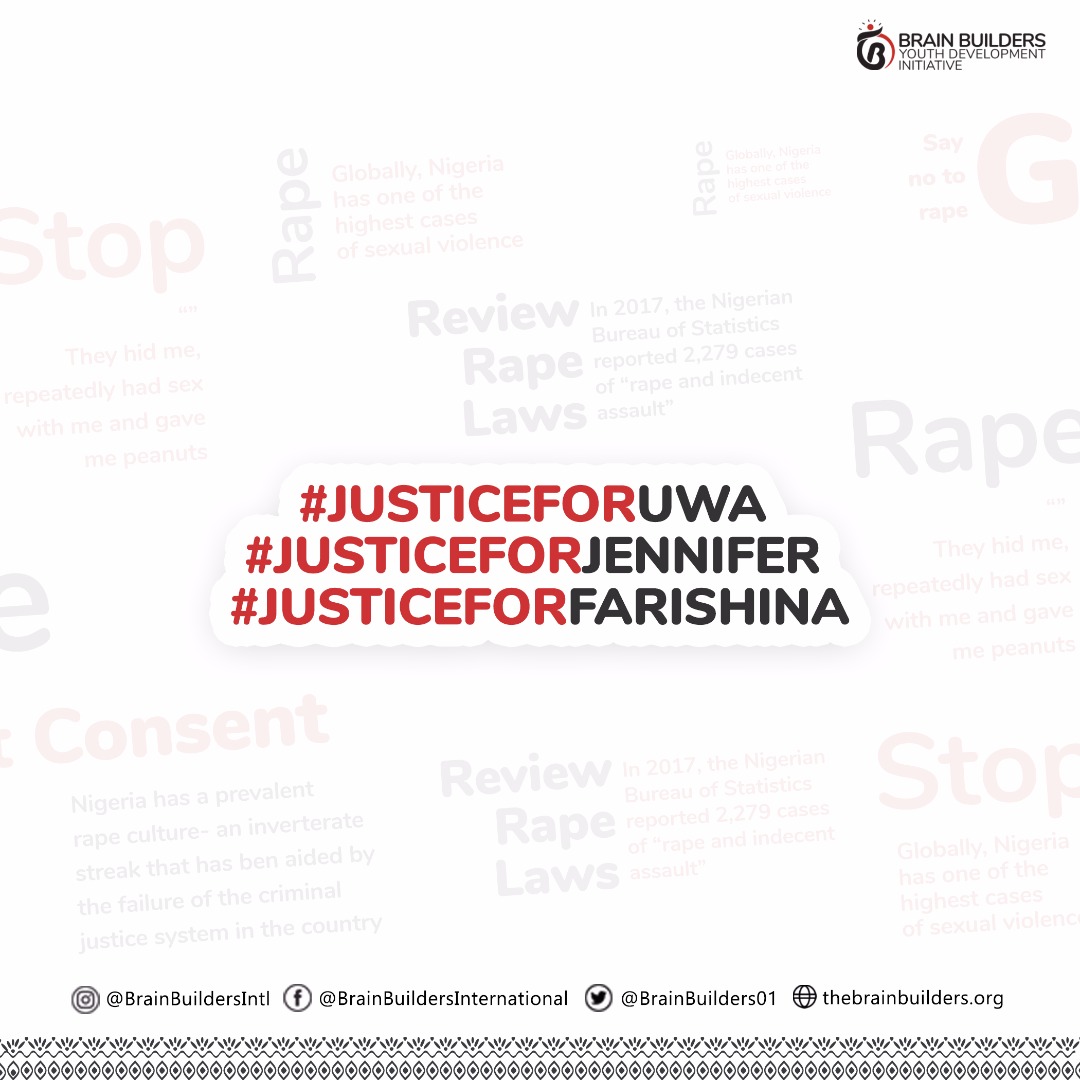 The call for the review of Nigeria’s rape laws have been reemphasized, by several civil society organizations in the wake of renewed attention to the crime generated by the rape and murder of a University of Benin undergraduate few days back.

Joining the call is the Executive Director of Brain Builders Youth Development Initiative, Abideen Opeyemi Olasupo through a press release made available to newsmen in Ilorin.

Olasupo while condemning the incessant cases of rape in the Country however called for stiffer sanctions against perpetrators and protection for victims through enactment enabling laws  to suit the realities of the day. 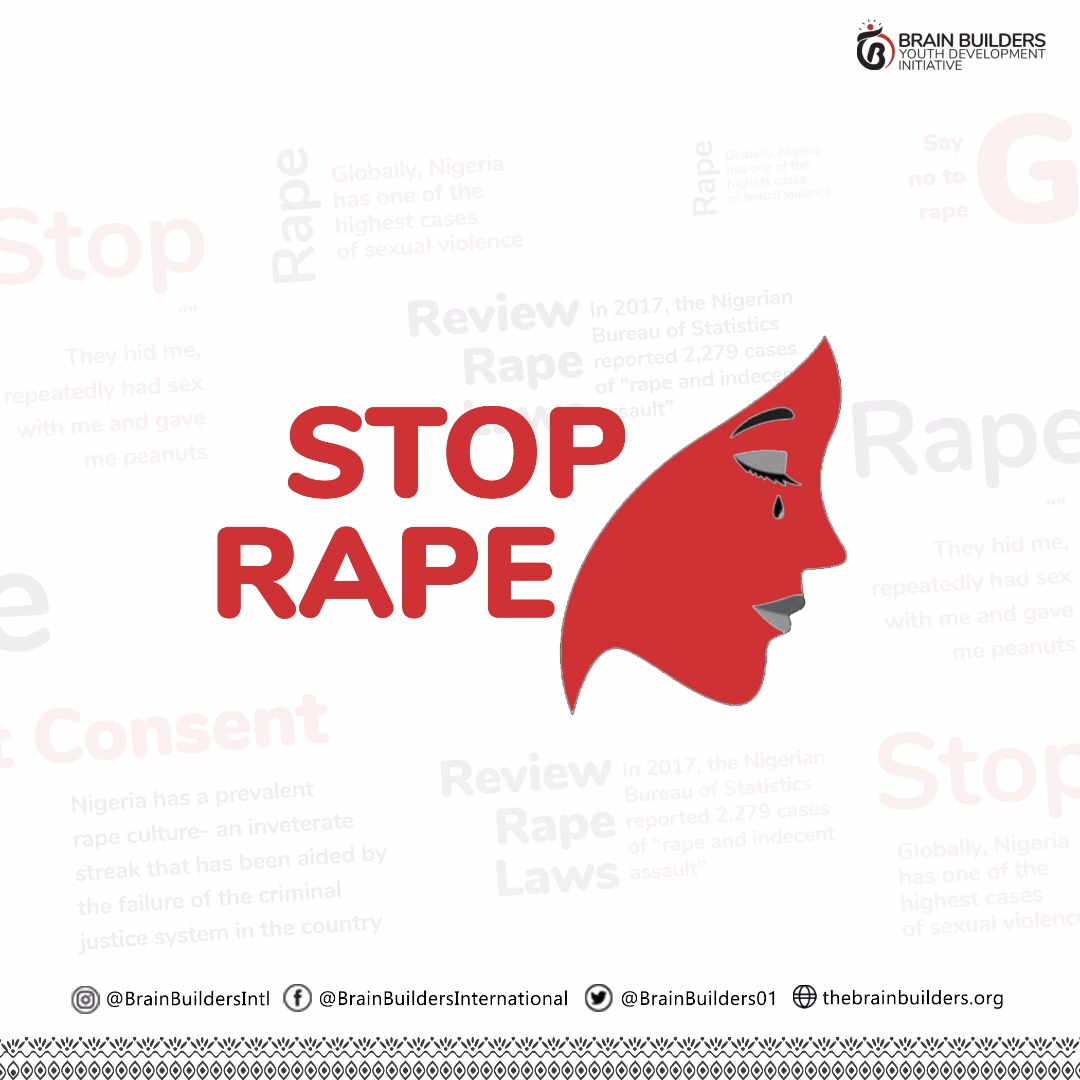 He said “This past week has been a horrible experience for us. The killing of Tina Ezekwe in Lagos by a policeman who was supposed to protect her, Uwa Omozuwa was raped and murdered in a church in Benin, a 12-year old was raped by 11 men for 2 months in Jigawa State and Ada, a 13-year old raped in Enugu State. It has been a week characterized by forms of violence that have been allowed to fester in our society.

“News broke out again on the morning of the 3rd of June of another case in Ibadan, Oyo State. The victim is alleged to have been attacked, raped and murdered. We have had enough and this is the time to end it.

“We must initiate a sustained campaign to advocate for the review of our laws to impose more stringent punishments on offenders. These crimes continue to happen because of the failure of the criminal justice system to apprehend offenders and punish them appropriately. The case of the Kogi State Commissioner of Water Resources who was alleged to have raped and battered Miss Elizabeth Oyeniyi has not been resolved since April 2020 when the news broke out.

As we stand in solidarity with the victims of these crimes, we must ensure that the crimes do not continue to go unchecked. Our laws must protect victims and give them a platform to be heard without fear of stigmatization. We call on CSOs and other well meaning members of the society to stand up and use their voice to push the government to take drastic actions with immediate effect” he stressed