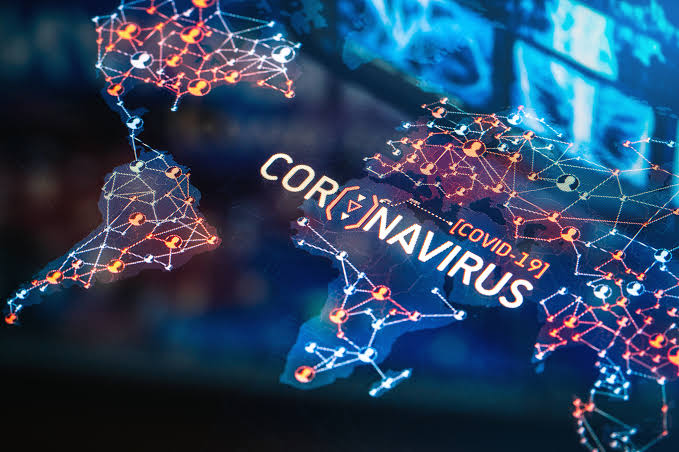 By this time last year, all we were reading about Coronavirus (Covid-19) was what was happening in China, when its first case was identified in Wuhan, in December 2019.

Hardly did many know then, that, it would bring the world to its knees, socio-economically, until the rest of the world started having a whiff of the deadly disease.

Italy, Germany, France UK, Spain, United States of America, Iran Brazil, would have a lot of stories to tell, as they were among the first countries it severely affected, with death toll increasing in geometric progression.

Nigeria did not record its first case, until a certain Italian whose name and identity was kept under wrap for security reasons, according to government officials, reported at a hospital in Ogún State, South West Nigeria, on the 23rd day of March, 2020, complaining of some of its symptoms.

The Honourable Minister of Health, Dr. Osagie Ehanire disclosed, at a Press Briefing in Abuja.

But for the vigilance of the medics and paramedics on duty, on the fateful day the fact of him being Covid-19 positive then would have gone unnoticed, and it would have been, unconsciously spread.

Ever since then, it had been a steady rise in cases, though in an arithmetic progression, with much less casualty than in Europe and elsewhere.

South Africa was and is still the most-hit country on the continent of Africa.

The first real impact was felt in Nigeria, when the Federal Government announced a total lockdown, towards the end of March.

There has been many theories as to why the spread is slower in Africa than other part of the world, just like why the rate of fatality is. That is not the crux of this piece.

The Federal government in collaboration with the 36 State Governments set up robust response teams, but taking the lead was the Governor Babajide Sanwo-Olu-led Lagos State government.

Its first set of casualties were the creme de là creme of the Nigerian society and those in the corridor of power, prominent among whom were, the late Chief of Staff to President Buhari, Abba Kyari, Senator Buruji Kashamu who represented Ogun West, immediate past Governor of Oyo State, Abiola Ajimobi, the then Chief of Staff to the Kwara State Governor, Alhaji Adisa Logun, among others.

Some prominent political figures have also, at one point in time, or the other, been tested Covid-19-positive, but survived; among whom are, Governors Nasir El-Rufai of Kaduna State, Okezie Ikpeazu of Abia State, Kayode Fayemi of Ekiti State, Rotimi Akeredolu of Ondo the Kwara State deputy Governor, Kayode Alabi, just to mention, but a few, but they survived it.

Although, he is said to be responding to treatment, as I pound my keyboard, right now, Governor Babajide Sanwo-Olu is on the treatment table, having returned a positive test to Covid-19, according to the State Commissioner for Health, Professor Akin Abayomi on Saturday.

These (the above incidents) prompted the insinuation that, it is a disease of the elites, and thus led to those who categorise themselves as a poor, into believing that, they can throw caution to the wind, by not observing the safety protocols, which include; wearing of nose mask, maintaining social-distancing, regular washing of hands among others.

One major factor that was responsible for this aggressive advertisement of ignorance is that, there was not much, availability of testing material, and therefore, the little available was down to, “man-know-man”, to get tested, contrary to the advice by the National Centre for Disease Control, NCDC in collaboration with the Presidential Task Force on COVID-19, headed by the Secretary to Government of the federation, Boss Mustapha, that it is free and that, people should come forward for test.

There was even a video going viral on social media, demonstrating and telling people that, the cure for Covid-19 is; “wash your hands inside a bowl and drink the water”. Please, resist the urge to laugh.

Someone as highly-placed as a State Governor, Yahaya Bello of Kogi State believed, Covid-19 is a scam. Don’t blame my Governor, and “the incoming President of the Federal Republic of Nigeria”. After all, President Donald Trump of the almighty United States of America believes or believed it is a hoax.

Events in Nigeria, especially, those that centre around national security have kind of taken attention away from the prevalence of Covid-19, and some people act as if it longer exists. People act as if it does not exist.

The only joy now is that, there is a glimmer of hope that a vaccine might have been found for it, if signals emanating from the West (Euro-America) is anything to go by.

The erroneous belief that coronavirus is either a disease that is of the rich, and not of the poor people, or that it has vanished from the surface of this planet, is a massive joke; even a joke taken too far, if you ask me.
At least, events over the past one week, confirm that, as Nigeria has witnessed the highest daily number of cases in six months – 675, beating the 601 cases reported August 23 this year.

With last week Thursday’s high returns, the country’s caseload is now 71,344, with 65,474 already discharged, and death toll stands at 1919, after 6 fatality were recorded, as at Thursday, in the previous 24 hours.

The Kwara State Technical Committee on Covid-19, through its Spokesperson and the Chief Press Secretary to the State Governor, Mallam Rafiu Ajakaiye, on Friday said, 23 more people have tested positive for Covid-19, with the total confirmed cases standing at 1,226.

He added that, 1,076 have been discharged, while 30 death has so far, been recorded.

The statistics above are ominous signs, that, if we are not careful, we might witness yet, another deadly prevalence of the viral disease.

There is no gainsaying that, our eyes are no longer on the ball, as far as, flattening the curve is concerned.

We’ve lost our guard, and we’re facing a very high likelihood of having to go on another lockdown again, on account of Covid-19 spread.

We need to, as a matter of urgency and advice, stop the joke that, Covid-19 is a disease to which, only the rich are vulnerable.