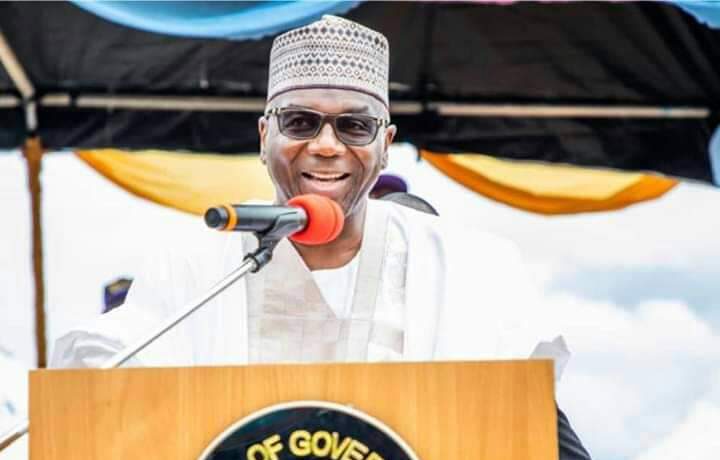 0Share
The appointment of Prince Muhammed Abdulkadir Mahee as the Chief of Staff to Kwara State Governor seems to have ran into troubled waters, if reports reaching Fresh Insight is anything to go by.
It would be recalled the Ilorin born Prince Muhammed Abdulkadir Mahee was reportedly appointed the new Chief of Staff to the Kwara State Governor to replace Alh. Aminu Adisa Logun who died of covid 19 complications 2 months ago, precisely on July 8th, 2020.
Prince Mahee who had started receiving congratulatory messages from family, friends and well wishers was reportedly appointed on Wednesday, September 3, 2020.
He was also reported to have paid homage to the Emir of Ilorin, Alh. Ibraheem Sulu-Gambari who incidentally is his cousin for royal blessing over the weekend.
Speaking with Fresh Insight, a family source confirmed the purchase of a white jeep for Alh. Mahee courtesy of the Governor’s younger brother Alh. Isiaka Abdulrazaq which was delivered few weeks back, confirming that it was to up his status in preparation for his assumption of duty.
Curiously however, an appointment dedication prayer scheduled for 10am this morning (Monday) at the Abdulkadir family house was unceremoniously cancelled without any established reason, thereby keeping tongues wagging and subtly justify the rumoured u-turn.
Also, when Fresh Insight undercover reporter visited the Princess road abode of Prince Mahee yesterday (Sunday) afternoon, our reporter met a prayer session led by an Alfa simply identified as Asiso loju oniro, a mokondoro with Prince Mahee, family and friends also in attendance.
Shedding light on the development, an highly placed government source said pressure had been on the Governor from different quarters on the choice of his Chief of Staff.
He said “Some of the names that had been considered are Prince Mahee Abdulkadir, Prince Sunday Fagbemi, Yinka Aluko, Amb. Abdulfatai Yahyah Seriki-Gambari, Arc. Kale Belgore among others.
“The governor wasn’t comfortable with the unofficial announcement, even if he had settled for Prince Mahee as reported, he would have preferred a silent assumption of office without funfair that trailed the purported announcement last week.
” This unofficial announcement seem to have changed the dynamics and I have been reliably informed that the search for the new Chief of Staff have been resurrected” the source stressed.
Reacting to the development, Chief Press Secretary to the Governor, Rafiu Ajakaye denied knowledge of the appointment, asking rhetorically via a text message response to our reporters “Was there an appointment? I’m not aware”.
THE HITHERTO TOUTED CONTENDERS
Prince mahee Abdulkadir, the son of the 10th Emir of ilorin said to be in his early 70s like the deceased Chief of Staff, is an ally of Mallam Isiaka Abdulrazaq, the immediate younger brother of the governor.
Mallam Isiaka Abdulrazaq who was also reported to have produced the current Deputy Governor in person of Mr Kayode Alabi is rumoured to be the power Prince Mahee.
Alhaji Mahee Abdulkadir was retired from the kwara state civil service by the Bukola Saraki’s administration, as a clerk of the Kwara State House of Assembly.
Prince Sunday fagbemi from Ekiti, a very close political ally of the governor and a lawyer by profession, Prince fagbemi was the head of a faction that challenged chief Iyiola Oyedepo in the PDP days before Ootoge revolution brought every faction together to send the dynasty packing. He was also the Deputy Gubernatorial candidate of the defunct Congress for Progressive Change (CPC) under Governor Abdulrazaq during the 2011 elections.
The major powers behind him are the Fagbemi power bloc who are known to be a long term political  ally of the Governor.
Hon. Yinka Aluko popularly called homeboy was heavily touted as the likely pick, as he is said to have the ears of the Governor on many state issues and a very close confidant of the governor.
Sources said it was in preparation for his eventual appointment as Chief of Staff, that’s why the security portfolio he hitherto combined with his Special Duty portfolio was removed and 2 retired security experts were appointed to fill the vacuum.
Aluko who holds two masters degrees also rounding up his PhD in Security and strategic development, was the Deputy Governorship candidate of the PDP in 2015.
Arc. Kale Belgore who like Yinka Aluko is in his mid 50s and an experienced member of the Governor’s cabinet. He was in the early days of the administration one of the major power brokers within the Governor’s inner circles.
Belgore who served as the Governor’s Director General while he was an aspirant, is said to not enjoy the support of the Abdulrazaq’s family who are a major power bloc in the otoge administration.
Abdulfatai Yahyah Seriki is an Ilorin East born businessman turned politician, he is the youngest amongst the lot and also one of the closest to the Governor.
He was the Campaign Director General for the Abdulrahman Abdulrazaq gubernatorial campaign organization for Kwara Central.
That is if the post of CoS is not eventually scraped by the governor as political observers are now asking what the relevance of the position is considering the existing position of PPS and who seems to have a very good working relationship with the governor.
Share on FacebookShare on Twitter
FreshinsightSeptember 7, 2020