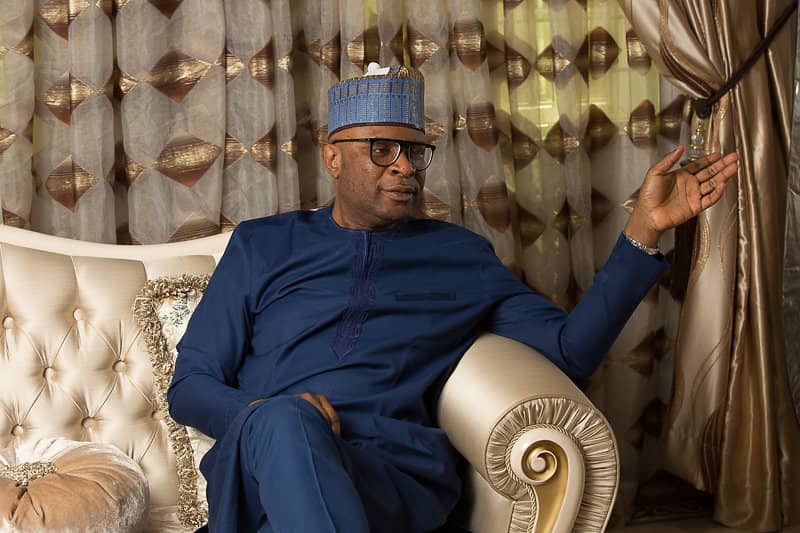 The Nigerian social media space is home to the good, bad and ugly, ranging from impersonators, identity thieves, kidnappers, love scammers, phantom businesses amongst others.

The social media is arguably one of the most scary convergence in today’s world, yet it has come to be an integral part of our daily lives.

The murder of Cynthia Osokogu by ‘friends’ she met via Facebook in Lagos sometimes in 2012 sent shivers down the spines of all users of social media across the Country.

So many others have lost life savings to scammers via the social media which at times leads to suicide, murder and what have you, yet it’s not all bad news with social media.

The social media have also been serving as the life changer for several people, ranging from business opportunity, relationship, employment, marital among several others.

That’s why February 6th, 2016 will forever remain emblazoned in my memory, as it was the day I formerly had my first personal encounter (virtual) with Mal. Lukman Olayiwola Mustapha who has since gone to being one of the first 5 personalities in my life.

When Aristotle described friendship as “a slow ripening fruit” and Woodrow Wilson said “friendship is the only cement that will ever hold the world together” they definitely had my relationship and that of Mustapha fondly called Rebirth Captain in mind.

My friendship with my beloved Captain, is best described as ‘one mind in two bodies’, it is a relationship built on mutual respect, trust and shared ideology and world view of egalitarianism.

The man Lukman Olayiwola Akanbi Mustapha is so many things to so many people. While the mention of him brings varying thoughts and descriptions of him to the fore, depending on the reviewer, what is nonetheless undisputable is the fact that he has remained a life changer to several souls, majority of whom he met via the social media.

Mustapha is not the type that will look at you and give you freebies, far from it. He will rather transform you to a freebies giver without asking for your conscience in return and if you ask me, that is rare in our clime here.

How can I forget the singular honour done Fresh Insight 3 years ago, during your 48th birthday and the official commissioning of the trailblazing SOBI 101.9FM, when you appointed our fledging medium as the official newspaper for the occasion.

You instructed your friends, associates and partners to patronise no other paper for congratulatory advert than Fresh Insight, which led to rumours that i was only a front for you as you were the owner of Fresh Insight.

The rumours which have refused to die till date is bemusing although I wouldn’t mind to share a business with you, which will definitely benefit immensely from your magnetic personality which is success personified.

It is on record that the special edition we published exactly 3 years ago today, is till date the most commercially viable single publication of Fresh Insight since its birth 6 years ago.

I have never seen Mustapha in the light of a politician, because he lacks the trait of the typical Nigerian politician, yet he’s not a boss to me, he’s rather an helper, friend and co-sojourner.

I’ve always seen him as a friend, who although is tremendously blessed with all the required to live a fulfilling life, yet he’s remained restless and unfilled seeing those around him struggling and poverty written on the faces of majority on the street.

I marvel at how he’s able to keep up with his schedule, keep close tabs of activities at home and maintain an active social media interaction habit with numerous of his admirers and favour seekers.

He is one of the few successful and extremely busy men around that picks all manner of calls, responds to text and whatsapp messages.

As today marks the natal day of Lukman Olayiwola Mustapha, the sanguine man of Rebirth, one can’t but thank God for a life of dedication to serving and building others.

I have been bountifully blessed materially, spiritually, emotionally and business acumen directly and indirectly through my friendship with the sanguine Captain, every opportunity either virtual or physical, is always a rewarding one.

If the aspiration of the Kwara youth who conscientiously want to cross the poverty line early in life, yet maintain a dignifying life of integrity and unblemished records, then Lukman Olayiwola Mustapha is your undoubted guide, once you adopt him as a book, then you are ahead of your contemporaries.

Happy birthday to the birthday boy, it’s my prayer that you continue age graciously and maintain your principle of always putting smiles on faces all that comes in contact with you.

As for your political traducers, may they continue to unsuccessfully run after a moving train which you are.