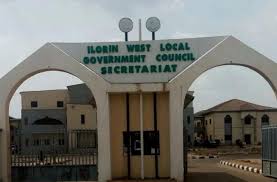 News just reaching freshinsightnewstv.com have it that policemen numbering more than 15 this morning stormed the secretariat of Ilorin West local government area of Kwara State on a purported order of Court.

According to a staff of the local government, who spoke with this medium on condition of anonymity, he said “Something is happening in our office right now, there are many gun-wielding police officers who stormed our secretariat numbering almost 15, they have occupied the premises and making attempt to take over the secretariat and also whisk away the staff bus.

“It was gathered that they have a court judgment to that effect, however, we were not able to see the court judgment with which they’re relying on” he added However independent findings by freshinsightnewtv.com showed that the local government council was taken to court by contractors it was owing and the court gave an injunction for the take over of the council’s property.