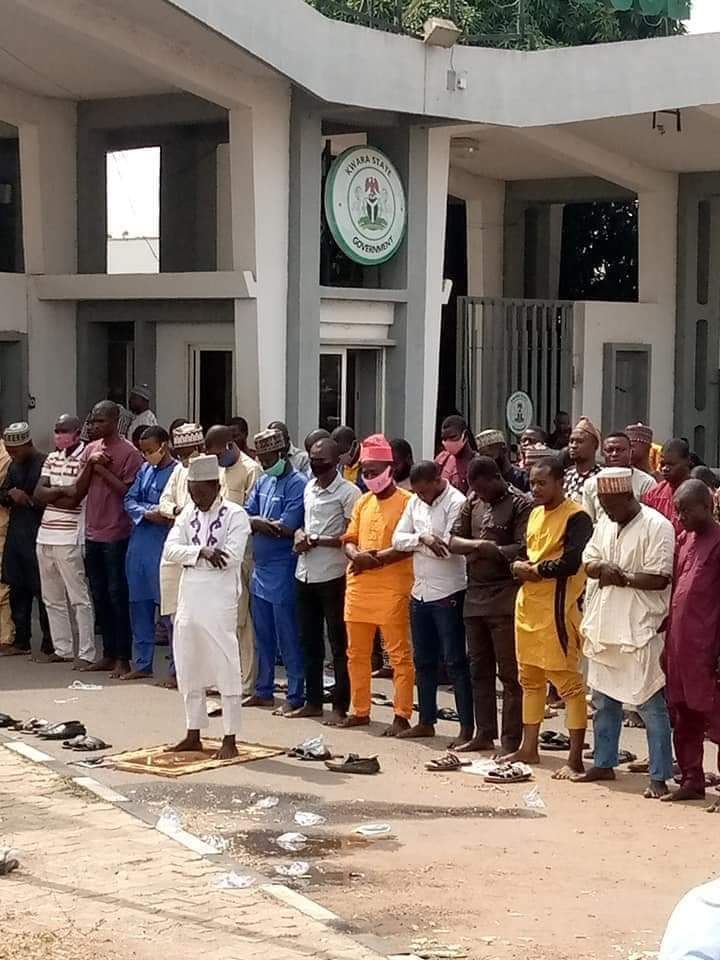 By Abdulrasheed Akogun
No fewer than 9 protesting sunset workers were few minutes ago arrested by men of the Kwara State Police command at the Ahmadu Bello government house Ilorin.
According to some of the affected workers, 9 leaders of the protest who had been embarking on daily protest to the government house were arrested amongst whom is an heavily pregnant woman.
Some of the arrested sunset workers include Aransiola Ibukun, Soliu Ibrahim
Ibrahim Akeem, Salaudeen Abubakar and Afolabi Abiodun among others
Details later!