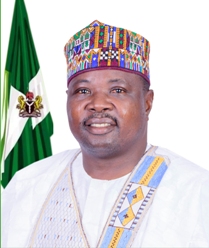 The Bashir Omolaja Bolarinwa led faction of the Kwara State chapter of the All Progressives Congress (APC) today received a boast with the open identification of Hon. Ndamusa Guyegi.

It would be recalled Hon. Saheed Popoola from Offa local government had been the only member of the Kwara State House of Assembly standing with the BOB faction since the internal crisis of the party started.

However, Hon. Guyegi representing Edu local government area of Kwara State, earlier today showed up at the ongoing Stakeholders meeting of the party holding at the party’s secretariat, accompanied by Hon. Popoola.