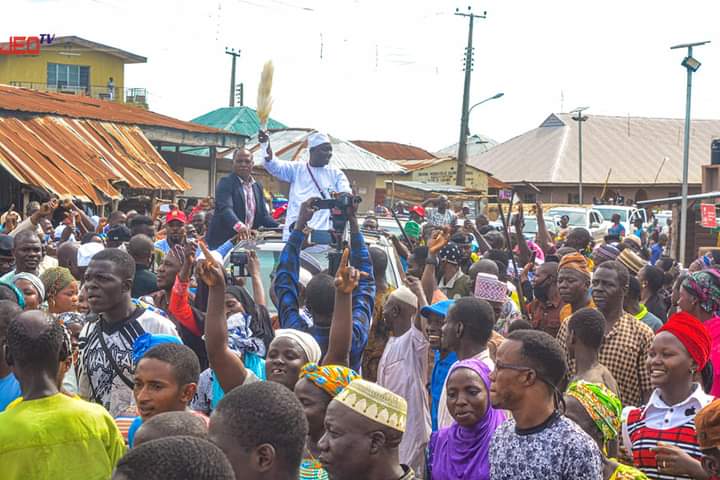 The selection process of the new Olupo of Ajase-IPo generated controversies owing to the delay in the announcement of the successful Applicants.

It would be recalled the Olupo stool became vacant owing to the death of Oba Sikiru Atanda Sanni Woleola II who died on February 21st, 2021 after brief illness. 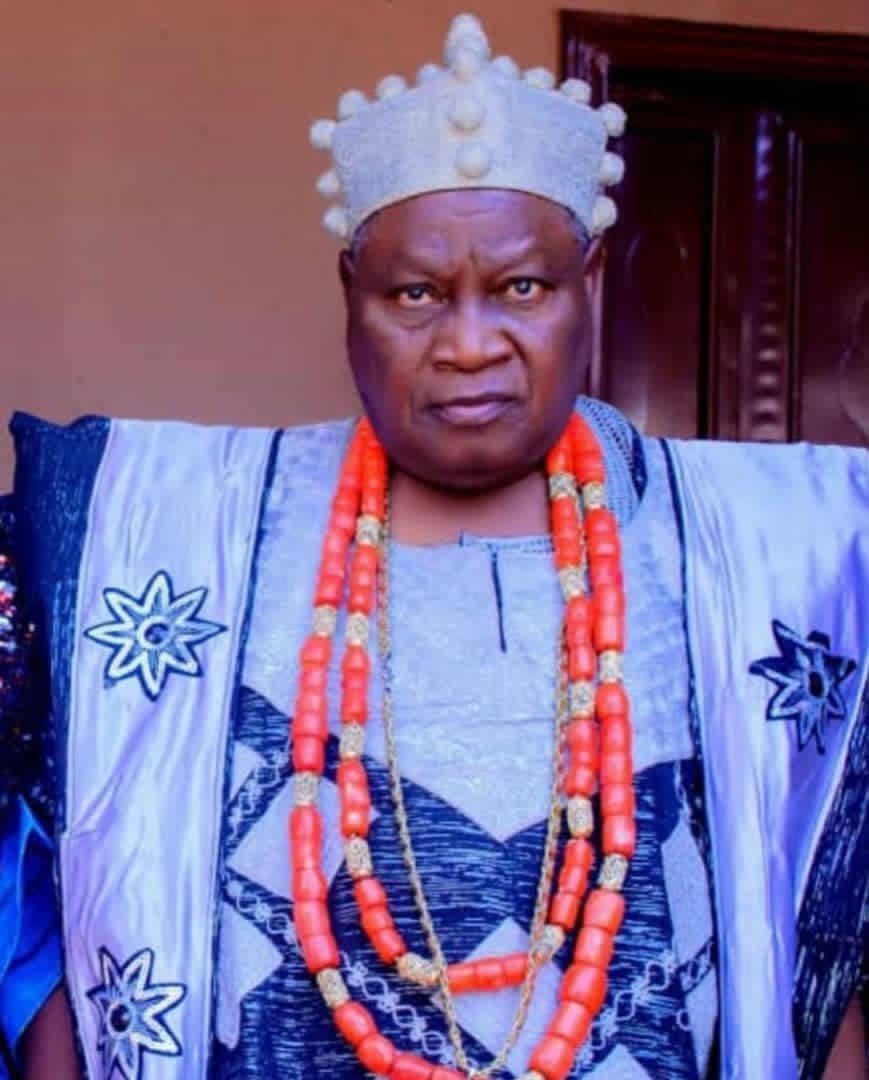 The process that led to the selection of a new Olupo thus kicked off immediately after the fidau of the deceased Oba with the three (3) kingmakers, which include Chief Nasiru Usman Oladimeji, Chief Yahaya Yusuf and Chief Bashiru Olaitan Jamiu, the Baale, Eesa and Ojomu respectively, setting machinery in motion by communicating the ruling houses for nomination of interested Princes.

SCREENING OF THE APPLICANTS

The screening exercise took no less than 6 hours and according to multiple sources at the end of the exercise, Prince Ismail Bolaji Yahaya Muhammed Atoloye Alebiosu, Prince Engr. Lameed Otunola Salami, Prince Bashiru Salami Olasunkanmi Alebiosu and Prince Ibrahim Bolakale AbdulQadir Alebiosu were certified qualified for the next round, which is spiritual consultation.

Fresh Insight investigations showed that three (3) weeks after the initial letter, precisely 23rd March, 2021, the kingmakers wrote another letter addressed to the acting Chairman of the council, conveying for the second time, the conclusion of the selection process and reaffirming the nomination of the Prince as contained in the first letter.

Speaking exclusively with this medium, a government source who craved anonymity said “The second letter conveying the same name as the only successfully selected nominee as the Olupo elect, the recommendations were minuted to the Ministry of local government, Chieftaincy Affairs and Community Development for onward announcement” the source confirmed.
Fresh Insight findings at the ministry confirmed the claim according to documents cited by Fresh Insight, in April, 2021, a letter was written to the Irepodun Traditional Council with REQUEST FOR THE SUBMISSION OF MORE CANDIDATES’ NAMES (as title) requesting the submission of more names in addition to the earlier one submitted in the 2 previous letters addressed to it.

In response to the demand, according to the documents cited at the ministry, the Kingmakers on 12th April, 2021, the kingmakers in the letter gave the summary of the process from the sales of forms, screening, spiritual consultation and eventual voting and selection of the Olupo-elect and attaching all documents including credentials of all applicants.
According to the letter, the kingmakers not only insisted on the earlier unanimously nominated, they also provided evidences why they’ve all settled for him.

The Ajase-Ipo Youth Forum while alleging the Deputy Governor of Kwara state, Mr. Kayode Alabi of conniving with kingmakers to impose one of the nominated Princes on the people of Ajase-Ipo in defiance of the tradition of the community, adding that Mr. Alabi is usurping the Governor’s power by acting beyond his constitutional role using state apparatuses to oppress other eligible aspirants for the position.

Denying the allegation of being influenced by the Deputy Governor, Kayode Alabi, Chief Nasiru Usman Oladimeji, the Eesa of Ajase Ipo said

“The Deputy Governor (Mr. Kayode Alabi) did not interfere in the selection process of the new Olupo. Just like we did during the selection of the late Olupo of Ajase Ipo, we (the 3 kingmakers) only went to present our resolutions to him for onward presentation to His Excellency, the Governor.

“When we were to select the late Olupo and realized the process was getting delayed, after submitting report of our resolutions thrice without headway, we had to meet the then Deputy Governor, Chief Joel Ogundeji and he was the one that helped us get our reports to the Governor’s desk.”

“This is the fourth king to be installed in my lifetime. Three of us; Baale, Eesa and Ojomu are the Kingmakers, we’ve reached a consensus with other eight (8) high Chiefs. We took the report of our resolutions to Okeosin and Omuaran as the process demands.

That’s same way we’ve taken the report to the Deputy Governor”
Similarly, reacting to the rumor, the Ojomu of Ajase Ipo, Chief Bashiru Olaitan Jamiu said “The Deputy Governor was nkt part of the process that led to selection of new Olupo. We already performed our duties as Kingmakers diligently and resolved before meeting him.

“All the meetings being held by the Kingmakers are always strategic in their plans of foisting a preferred Prince on the Ajase-Ipo Community in defiance of the tradition of the community. The Kingmakers intentionally avoided meeting the Governor because of the usual unbiased attitudinal disposition of the Governor to issues particularly sensitive issues such as the appointment of traditional rulers as this one. It is important to point out that the Deputy Governor is acting beyond his constitutional power by using the state apparatuses to oppress other eligible aspirants for the position. This is against the oath of office taken by the Deputy Governor and even against the letter and spirit of the constitution which recognise the Governor as the head of the State and whose Deputy can only act upon his instruction. It will be pertinent to ask at this stage that on what authority is the Deputy Governor acting when he was having the bellicose meeting with the Kingmakers.”

The Youth group said, “We also want to call the attention of the public to the fact that by culture, tradition and administration, the Olomu of Omu-aran acts in the absence of the Olupo as the Chairman Traditional Council of the Local Government.

The Olomu had directed the kingmakers not to make nonsense of the procedure for the appointment of the traditional ruler by nominating a single candidate to the Governor; rather they should ensure that a large number of candidates were picked from among the over twenty aspirants that are contesting.

This directive was further buttressed by the Olomu when he directed the Olori-Omo-Oba, (Alh) Chief Memudu Arogbola to nominate a candidate each from all the qualified ruling houses.

The said Alhaji Arogbola carried out the directives but the list was rejected by the kingmakers because of their narcissistic disposition.

The youth added that the Kingmakers deliberately made the the selection of only one of eligible Princes in order to deprive the Governor of making his choice from among the multitude that could have been submitted to him.

The Youth who asked the kingmakers to retrace their steps within seven days and ensure that the age-long customs and tradition of the community is respected and followed, threatened legal actions, stressing that all the names of qualified aspirants must be submitted to the appropriate authority.

After much ado, on June 21st, 2021, 41 years old Barr. Ismail Bolaji Yahaya Muhammed Atoloye Alebiosu was handed letter of appointment as the new Olupo of Ajase-ipo.

The handling over of the Staff of office was done at a brief ceremony at the Kwara state Ministry of Local Government, Chieftaincy Affairs and Social Development, presided over by the Commissioner of the Ministry, Arch. Aliyu Muhammed Saifudeen.
In his acceptance letter, Oba Alebiosu gives thanks to God Almighty for the very rare privilege to ascend the throne of his forefathers.

“I thank God for the opportunity. 2 decades ago, my father contested unsuccessfully for the stool of Olupo. He never reacted negatively, but accepted the decision of God on good faith, hence, reason for my successful emergence today.”

The new Olupo thanked Gov. Abdulrahman AbdulRazaq, the traditional council and the Ministry for working harder and meticulously to ensure no longer than 4months after the demise of the late Olupo, a new one is appointed, he pray to God to continue to guide them in all decisions they would continue to make in the course of governing the State.

The new Olupo from the Alebiosu ruling house was born on February 11th, 1980. He is a 2003 law graduate of the University of Ilorin, with second class upper division, also holds Masters degree from the premier University, the University of Ibadan.
He’s a member of the United Kingdom Chartered Institute of Arbitrators.

Alebiosu was until his appointment the managing partner and Head of Chambers, CLARKE (SAN and Muhammed legal Office, owned by one of the foremost legal practitioners in the Country, Chief Robert Clarke (SAN).