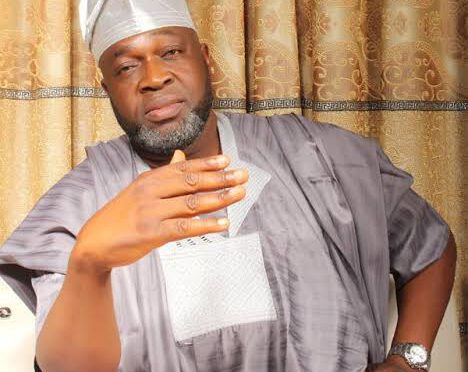 The President General of Orisun Igbomina, Cheif Gbenga Awoyale has a congratulated Prince Sunday Adeniran Fagbemi on his inauguration as the substantive Kwara state Chairman of the All Progressives Congress, APC.

Prince Fagbemi was sworn in by the Governor Mai Mala Buni-led Caretaker and Extraordinary Convention Planning Committee alongside thirty three (33) other State Chairmen at the Party’s National Secretariat in Abuja on Thursday.

In a statement signed by Awoyale, he said “I wish to congratulate our sagacious Kwara APC state Chairman, Prince Sunday Fagbemi on his inauguration, which officially affirms him as the legitimate and substantive pilot of Kwara Progressives.

“There is no gainsaying the enormity of task ahead of him, considering the crack within the Kwara Progressives family. I however have no doubt in the capacity of Prince Fagbemi as a Clergy, elder statesman and astute politician to galvanize all conflicting interests, in the Interest of Kwara state and its people.”

“No doubt, Kwara is no longer a pariah state. The APC government has turned once upon a site of abandoned projects to a hub of public goods. Suffice to these are completion of projects like Mohammed Lawal Hall and Sekoni hostel in Kwara polytechnic, ongoing completion of KWASU campuses Osi and Ilesha Baruba and several waterworks abandoned by previous governments.

“All hands must therefore be on desk to sustain the gains of the OTOGE revolution and the onus lies heavily on Mr. Chairman to take up the challenge of harmonizing all APC members in the State toward ensuring the Party’s electoral victory come 2023”, he added.

Awoyale noted that “Opposition has no moral ground to stage a comeback in Kwara, hence, their leverage on the infighting within the APC to return to power. We must close progressive ranks, so as not to give impetus to politicians already bade goodbye by Kwarans.”

Awoyale prayed God in His infinite mercies grant Prince Fagbemi the strength and wisdom to succeed resoundingly in the onerous task of leading the Kwara APC.