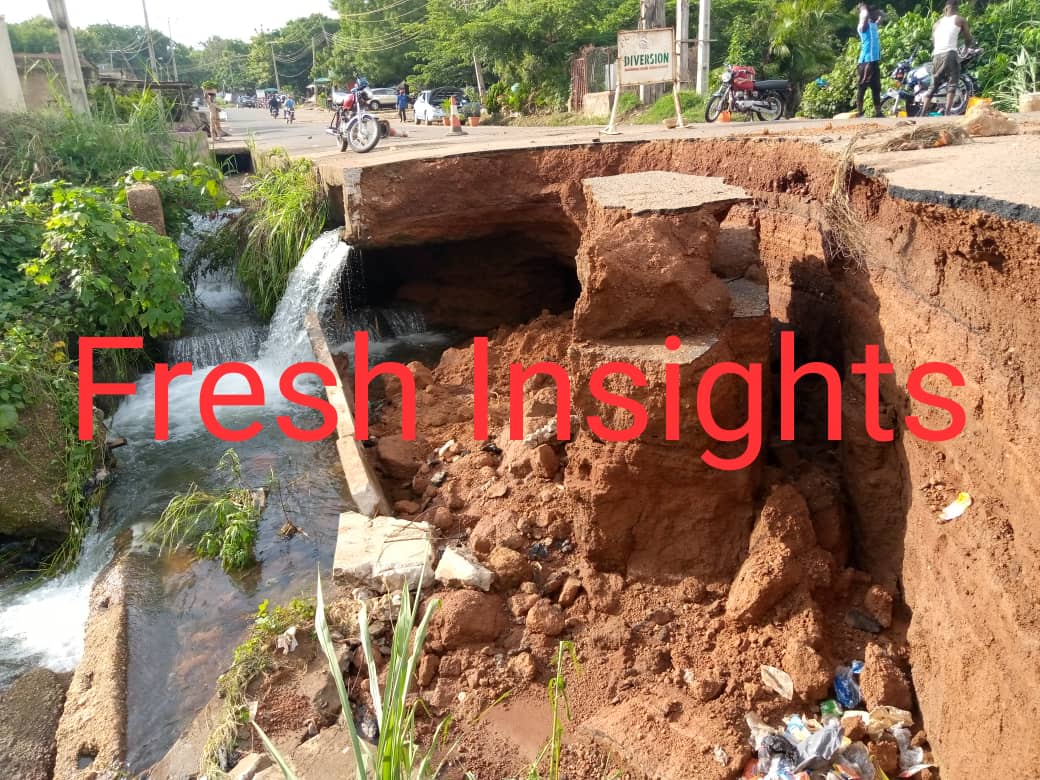 Few days ago, four occupants of a vehicle reportedly died along Oke-Erin area of Ilorin metropolis, following the partial collapse of a bridge, occasioned by a heavy downpour.

In a similar development, Oke-Erin mishap is likely to repeat itself along Agba Dam axis of Ilorin Metropolis, if urgent steps are not taken to avert such occurrence. 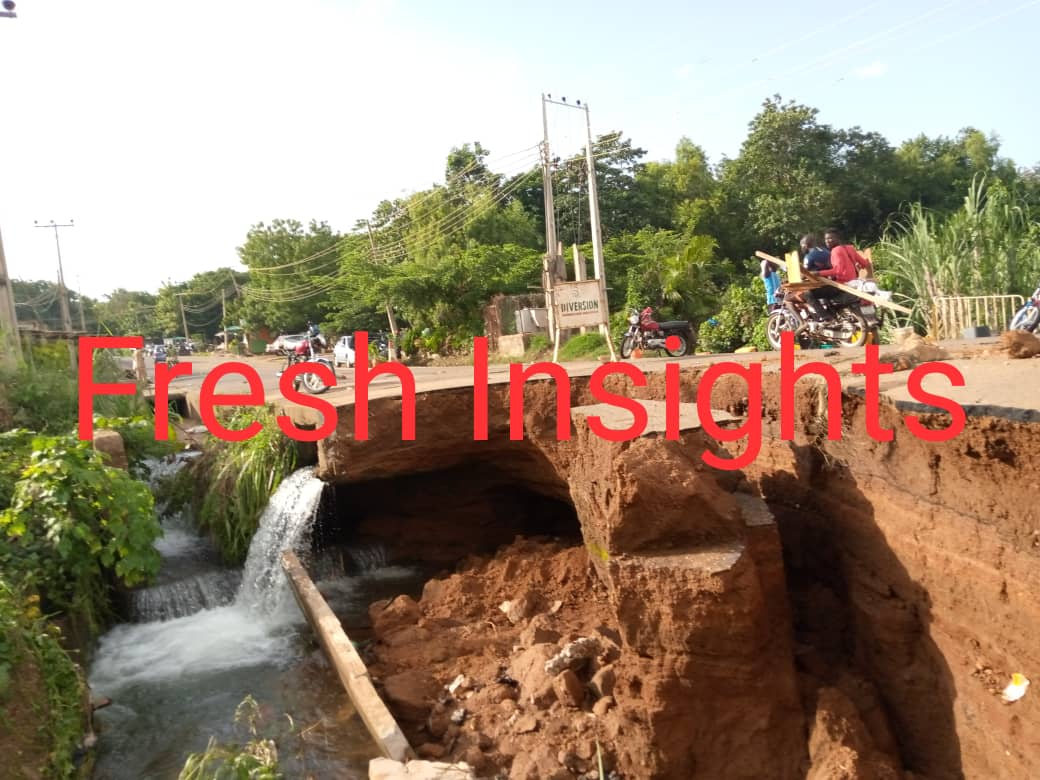 The pictures above were taken by our correspondent who visited the area today, Monday, June 16.

The bridge which connects Agba Dam River and the road opposite “Lick Finger Restaurant & Bar” adjacent to Lawal’s Mosque, may not survive the next rainfall, as erosion has eaten deep, and, at the verge of cutting the road into two.

Residents and users who expressed fear that if something urgent is not done to cordon off area might lead to another avoidable loss of life.

According to a resident simply identified as Mr. Lawal, who spoke to our Fresh Insight revealed that the road has been like that for the past two weeks, and it keeps deteriorating on a daily basis.

He however called on the government of His Excellency, Governor Abdulrahman Abdulrazak to come to their aid before the situation goes out of hand. 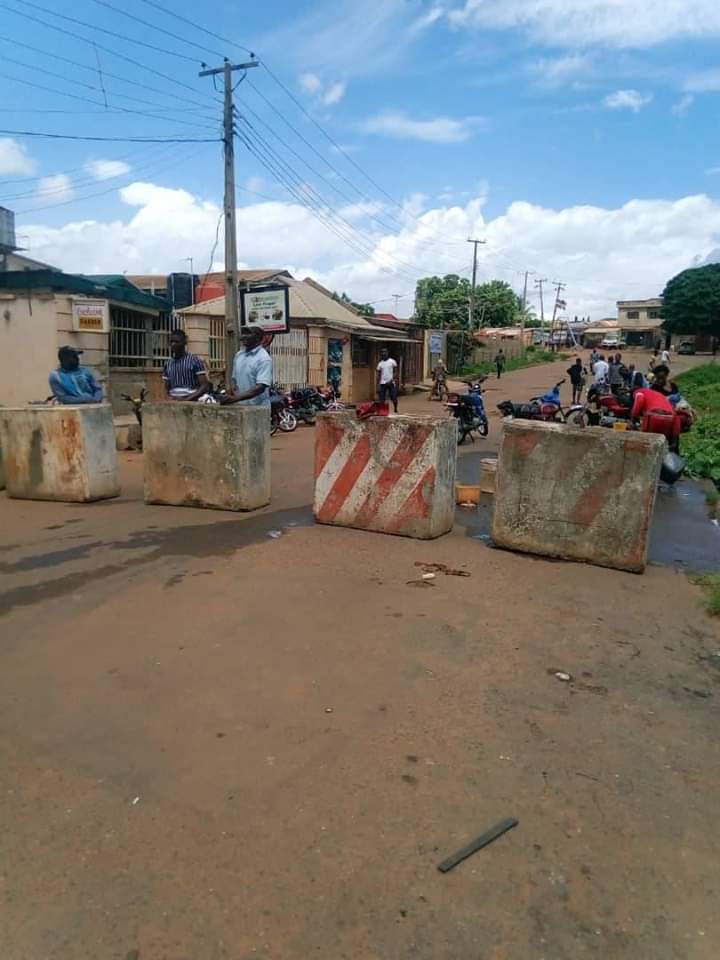 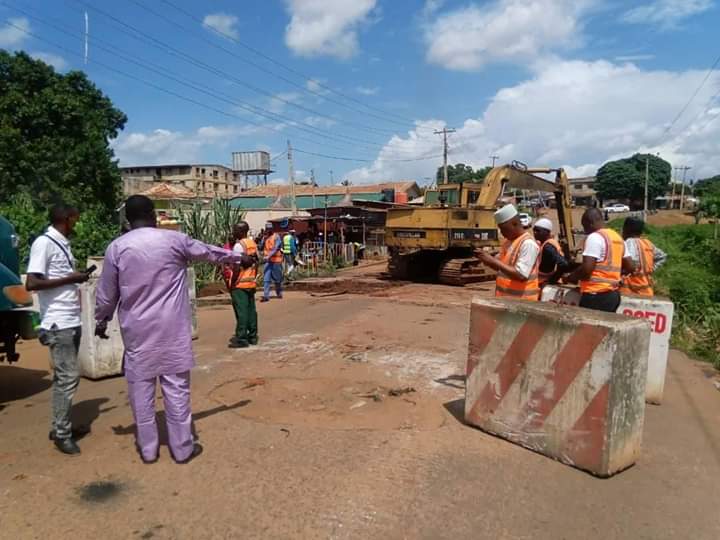 Reacting to the call however, the Kwara State Road Traffic Management Agency (KWARTMA), yesterday swung into action thereby cordoning off the road and closing it to public use to avert mishap.

This much was contained in a release signed by agency’s, Head of media unit
Omotayo Taofiq, advising road users to make use of the alternative route pending the time the road is fixed and safe for users again.

It reads “In order to prevent the incident of lost of life and properties associated with collapse of bridge, the Kwara State Government under the leadership of Governor Abdulrahaman Abdulrasaq has today Friday 19th June, 2020 ordered Kwara State Road Traffic Management Authority (KWARTMA) and Kwara State Road Maintenance Agency (KWARMA) to cordon off the nearly collapse Agba-Dam bridge for immediate repair.

” Following the order, KWARTMA has since blocked access to the said bridge using concrete bricks. This is to avoid any form of disaster that may occur from continuous usage of the bridge.

“In the meantime, the Chief Executive Officer of KWARTMA Alh Yekeen Bello in his statement advise the residents of Agba-Dam area and other road users to make use of alternative routes pending the time the damaged portion of the bridge will be repaired” it added.