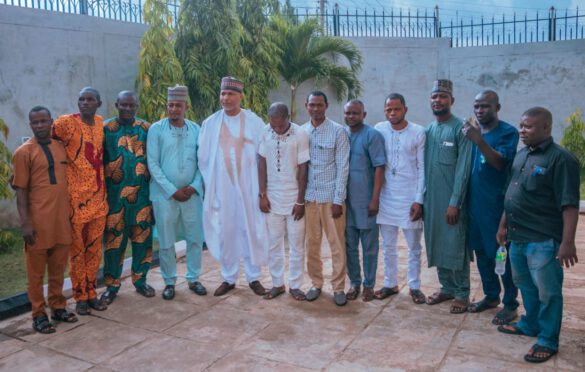 The ambition of business mogul and Ilorin born philanthropist, Mallam Saliu Mustapha, to become the next Senator representing Kwara Central Senatorial District got a huge boost on Sunday as eleven ward chairmen of Ilorin South Local Government of Kwara Central openly threw their weight behind his ticket, assuring that Mustapha’s victory in the local government would be total.

The party chairmen, who paid a solidarity visit to Mustapha at his residence at Tanke, extolled his virtues as a philanthropist of note and a candidate they could trust to more robustly support the Governor as the leader of the party and deliver on his promises.

“On our own as party chairmen, we are supporting your candidature for Senate in 2023 and we are not going back on it. However, the ultimate decision lies with our leader, the Governor and the stakeholders of the party in the local government. We are praying that our resolution on you will align with that of the Governor.”

While reacting, the Turaki, who was visibly overwhelmed, thanked them for the support and promised never to disappoint them. He said Ilorin South is the twin brother of Ilorin East and they, like the rest of the three local government areas in Kwara Central will enjoy even representation and dividend.