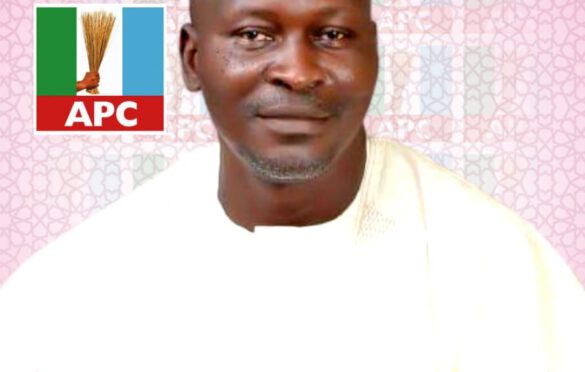 A Professor of Natural Medicine from Ilorin East local government of Kwara state, Ibrahim Adewole Afonja has joined the race for the National Chairmanship of the All Progressives Congress (APC) in the forthcoming congress of the Party.

Afonja is the second Kwaran from Ilorin East local government gunning for the top seat of the ruling All Progressive Congress.

In a press statement released to journalists in Ilorin, Kwara state capital, Afonja said he is out to ensure strict compliance with the party’s constitution, galvanize Party stakeholders and bring back aggrieved members of the party who are about to jump ship.

He also noted that ongoing consultations about his aspiration has received widespread acceptance amongst relevant stakeholders and founding fathers of the APC, he urged all and sundry to join him in taking the party to an enviable height.

According to him: “My decision to join the national chairmanship race is to salvage our party, the All Progressive Congress, and in extension, the good spirited people of Nigeria, by ensuring that democratic tendencies that will produce good candidates are entrenched in our great party.

“I will promote and ensure sustainable party supremacy viz-a-viz strict compliant with the party’s constitution, rules, and policies. Due process, fairness, justice and discipline which are prerequisites to the unity of any political formation will be given priority, members shall own the party and be consulted on major decisions that affects the party, as this remains the only way out of the crisis bewildering our great party, the APC.

“If I become elected as the chairman of our party at the next national convention, I will make use of my skills as an administrator to galvanise stakeholders of our party. This has been reflective in my ongoing consultations, the more reason why many relevant stakeholders and founding fathers of our party have accepted our message of cohesion.

“We will use our skills of negotiation, persuasion, and consensus to bring back aggrieved members who are on the brink of crossing the bridge, fully back into our folds. This will prepare the party and put it in a stronger position to prosecute the 2023 general elections.

“I’m of the believe that the “winner takes all” situation in crisis-ridden states should be revisited, as we can all coexist together when the right perspective is put into action. I urge all members of our great party to join me in taking the APC to an enviable height.

“It is my hope that members of our great party, the All Progressive Congress (APC), will give me their mandate to reposition the APC, and drive the party to greater heights”, he concluded.

Professor Adewole who is a former Federal House of Representative flag bearer in 2007 is also the Founder of Adewale College of Health Sciences in Buari, Kwara state. He is a community development advocate and grassroot politician, with thorough understanding of participatory political ideology, with genuine interest in the unity of Nigeria.