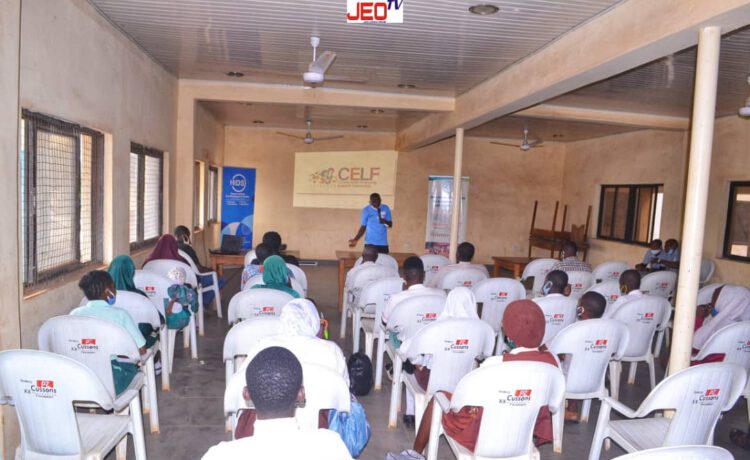 0Share
An appeal has gone to well-meaning Nigerians and corporate bodies in Nigeria to support  Haashim Initiative for Community Advancement (HICA) in its determination towards promoting functional education among the youths.
This was disclosed by participants at a one-day orientation programme organised for the local government coordinators of the Countryside Emerging Leaders’ Fellows (CELF),  an educational fellowship meant for public school students in the rural areas across Kwara State.
In his opening remarks, the President, All Nigeria Conference of Principals of Secondary School (ANCOPSS),  Kwara State, Alhaji Abdullah Toyin described CELF as an educational programme that will transform students from less privileged households in the rural areas.
The ANCOPSS President added that the scope of the programme which focuses on self-development, entrepreneurship as well as community development will address the issue of poverty and illiteracy in the communities.
At the event which was held at Queen Elizabeth School, Ilorin on Tuesday, the Principal, Mrs. Sidikat Lawal, in her goodwill message, described CELF as a revolutionary idea, adding that it is a platform through which young talents are nurtured.
The coordinators of the four local government areas from Kwara Central including Ilorin West, Ilorin East, Ilorin South and Asa were trained on community development, Project CELF, and their responsibilities as coordinators.
Highlight of the event include interactive session between HICA delegation and CELF coordinators from Kwara Central zone among which are Sulyman Abdulrasaq (C&S Laduba; Asa),  Ajumobi Shehu (Banni Community Secondary School; Ilorin West), Idris Usman (Senior Secondary School, Sentu; Ilorin East),  Abdulkareem Aminat (Senior Secondary School, Opolo; Ilorin South), and Tinuoye Oluwakemi (Senior Secondary School, Tepatan; Moro).
Share on FacebookShare on Twitter
FreshinsightSeptember 16, 2020

Ilorin: The New Kidnap safe Haven, as victims cough out #100m in 8 months