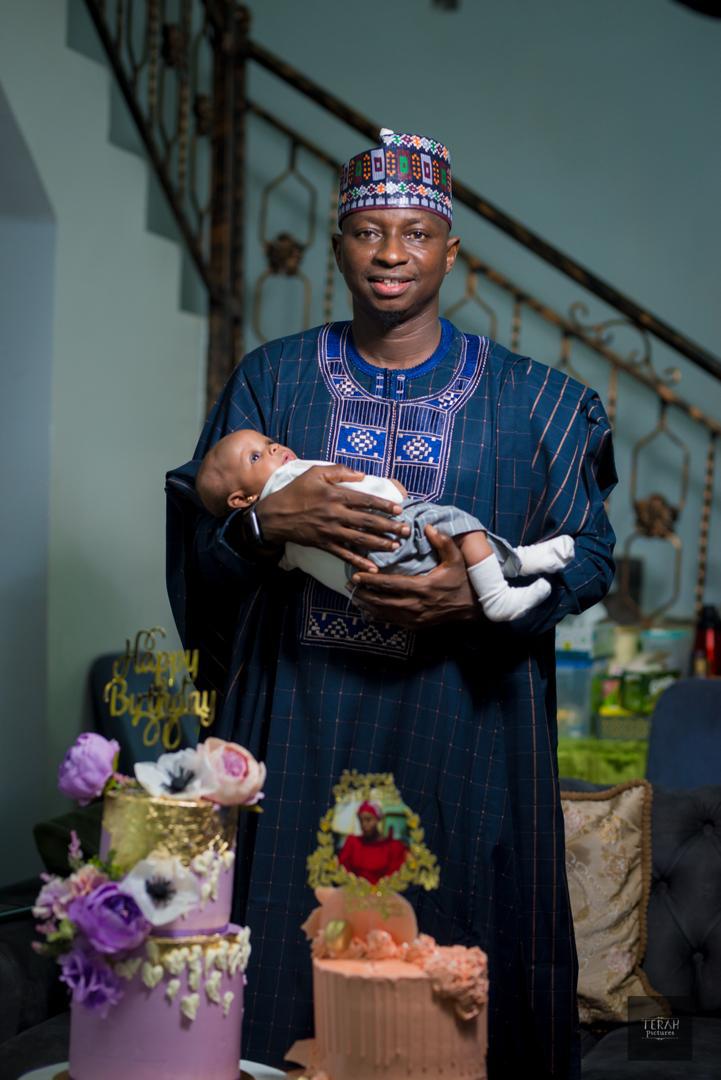 For Mohammed Ibrahim Ajia, a soft spoken security expert, this is the divine day for him. Today is significant in his sojourn of life, not that he has amassed to himself every available wealth but because it commemorates the day he began his mortally journey on the earthly realm.

Some attributes stand him out among his contemporaries as young as he is at 41. MAI, a sobriquet he adopted a few years ago, has become a household name in Kwara State and Ilorin, the modicum of peace in particular.

The popularity the name garnered within his stint in public service and his recent move to bring into bear generational change in leadership, which he typifies, can be deduced from his humility, simplicity, generosity and spirit of philanthropism in a society that selfishness has inadvertently become institutionalized.

Ajia has all that it takes to be the first citizen of Kwara State, especially the mental capacity and vision that are required to drive the wheel of governance in modern way and away from the geriatric approach usually seen as analogue in postmodernity and post-coloniality as the case may be.

A swift peep into the events that characterized his gubernatorial aspiration ahead of 2019 would suffice in this treatise. Having been privileged to be exposed politically with those who and still call the shots in the running of Nigeria, the security expert was not unaware of the politics of the State then that was conveniently concentrated in the hand of a political structure or a dynasty.

With this in mind, Ajia stood firmly on his ground and staked his neck in what political juggernauts perceived at that period as suicidal. Even when the opposition figures then hurriedly abandoned the then opposition party and boarded the next available flight to a new party following alignment and realignment of forces and with the fear that they might be digging their own political graves being in the same party with the ruling structure, the security expert remained calm and unperturbed. What a temerity!

Analysts were of the unanimous view then that coming into political confluence with the structure widely acclaimed to be domineering could result in premature emasculation of the Ilorin born politician considered a neophyte in the power equation of the 53 years old State that rested solely in the hand of the dynasty that had over the years towered above everyone that opposed it.

Rather than scamper for relevance and desperately change the political platform through which he would realize his ambition as typical of the political class in this clime, Ajia, with utmost respect, told those who did not share the philosophy or ideology of the erstwhile ruling structure not to throw away the birth water and the baby simultaneously.

Overwhelmed with the desire to make impact in the lives of Kwarans, the Ilorin indigent politician with the tenacity of purpose and the attendant willingness to weather the storm, fully joined the fray, obtained expression of interest and nomination forms of the Peoples’ Democratic Party (PDP) for 2019 governorship race in Kwara State and as it is usually said, all is now history.

He went through the rigour of the screening and scaled all the landmines along his pathway and eventually stood as an aspirant in the shadow poll that had a host of other apsirants vying for one ticket to fly the flag of the party. On his own volition, Ajia withdrew from the primary race to pave way for a consensus candidate. As a team player that he is, the Ilorin born politician believed pursuing own ambition squarely without other considerations could spell doom for the unity of the party on one hand and its eventual victory on another.

But in spite of his personal sacrifice to preserve and protect the cohesion of the party, one uniqueness that he possessed as an aspirant was his blueprint specifically designed to chart a new course for the State and make it highly competitive among its contemporaries.

The well conceived blueprint of Ajia, if implemented faithfully, could have lifted the State to an enviable status. No wonder that his political family still holds the view that the Ilorin born politician, though young in age, would have been the best Governor the State could have produced in recent time.

Ajia’s resolve to exhibit humility and gentlemanliness when he could have maintained his position and upturn the applecart received applause and accolades, and this portrayed him as a non-desperate politician, a rarity of its kind in the nation’s political environment like Nigeria.

Despite the setback politically, the Ilorin born security expert has chosen to move on with life. He has also not allowed the temporary setback in the political scene to deter him in his generosity and philanthropism.

When some wealthy and well meaning individuals turned blind eye to the plights of the less privileged after the COVID-19 outbreak, Ajia came to the rescue and dished out palliative to the admiration of the beneficiaries. It is therefore suffice to posit that the gesture of the descendant of Shugaba Fulani of Ilorin has become a reference for those who are willing to lift the hapless and hopeless ones around them.

At 41, life has just begun for Mohammed Ibrahim Ajia. May the Almighty Allah make remainder of your years on the earthly realm less thorny.