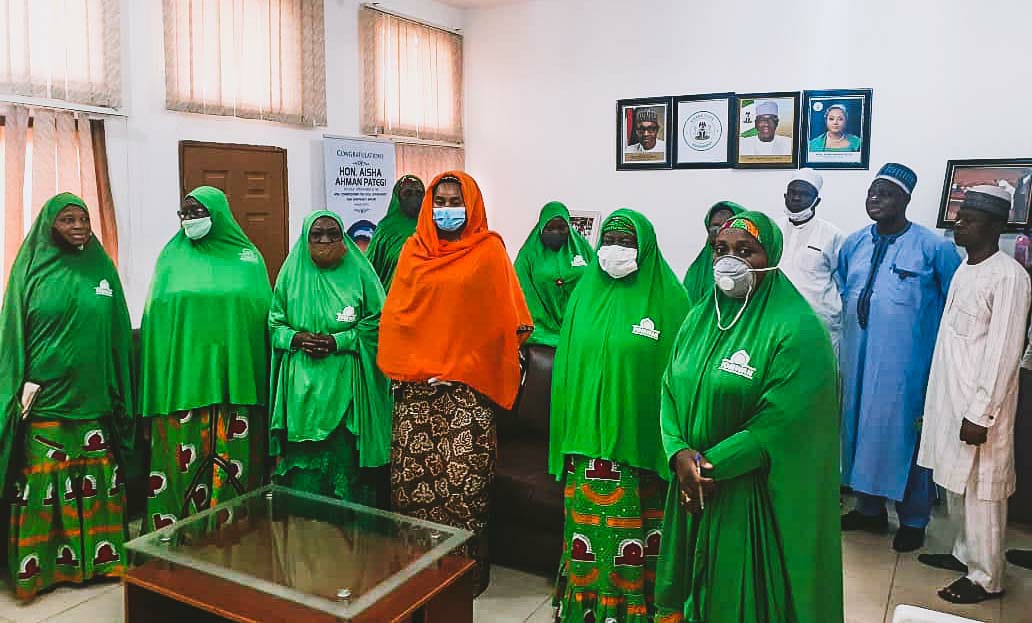 The Kwara State Commissioner for Local Government and Chieftaincy Affairs, Hon. Aisha Ahman Pategi has spoken against the incessant occurrences of rape in the country, while speaking with the leadership of FOMWAN in her office on Tuesday 9th of June. She described rape as an inhuman behavior which negates nature and the teachings of both religions.

Rape, in whatever form negates the teachings of the world’s major religions which preach
chastity as an essential requirement to rally an upright family, community and nation. “Our
religions teach both men and women to maintain chastity” she said.

The commissioner further stressed the need for parents to pay more attention to the upbringing of the male child.

The Amirah of FOMWAN, Hajia Meimunah Shehu also spoke to the commissioner on the reason for their visit saying, “As Muslim mothers and Muslim youths of the nation, we have watched with extreme concern the increase in the incidents of rape. This has generally heightened our level of insecurity, even our freedom of movement is being threatened and the dignity of womanhood is being shredded”.

She further stressed that parents and their children live perpetually in fear of being molested, abused and killed. “This is
also working against the education of the girl child as many parents may not want to support particularly their female children to go to school.”

*Hon. Aisha further reiterated the effort of His Excellency Governor Abdulrahman Abdulrasaq in prioritizing the welfare of women as she* affirmed that her ministry is ready to support the FOMWAN agenda on awareness creation among the public, especially at the grassroots on the physical, and psychological
effects of rape on the victims and how this creates a highly immoral society.

She equally called media organizations to include in their programmes educative talks that discourage the youths against rape and amplify the voices of victims in order to gradually break the culture of silence and complacency.

FOMWAN stated that the general public is yet to fully understand the intent and provisions of the Violence Against Persons Prohibition Act (VAPP act).

“We look up to the media organizations in their roles as educators to further enlighten the
public to fully understand the import of the domestication and implementation of the VAPP act,” it said.

They also plan to work with the Government to institute practical mechanisms that will make for better
protection for girls and women under the law, and make communities, schools, higher institutions safe and secure for girls/women.
Finally, FOMWAN also assured that it will work with the Government to take a holistic look at the security apparatus in each state with a view to effectively curtailing rape, armed banditry, kidnapping, armed robbery,
cultism and gang rape.