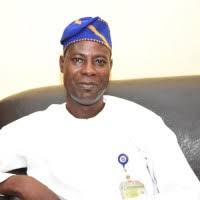 The management of the University of Ilorin has confirmed the appointment of Mr. Idris Akintola Ibrahim (Alooma) as the substantive Manager of Unilorin 89.3 FM, having acted in that capacity since 2018.

This was contained in a letter dated May 27, 2020 and signed on behalf of the University Registrar, Dr. Fola M. Olowoleni, by the Deputy Registrar, Mrs. Azumi Adi. The letter read in part: “I write to convey the Vice-Chancellor’s approval of your appointment as Station Manager of Unilorin FM Radio with effect from 13th May, 2020”

Presenting the letter to Mr. Alooma in his office last Wednesday (June 10, 2020), the Director of Corporate Affairs, University of Ilorin, Mr. Kunle Akogun, described the appointment as “a welcome development, a well-deserved elevation and a reassuring reward for professional excellence”.
The Director described Mr. Ibrahim, who replaces the pioneer Manager, Mr. AbdulGaniyu Durodola, who retired in 2018, as “a goal-getter, a gifted orator, a well-groomed administrator and versatile broadcaster who will surely move the station beyond the next level”.

While appreciating the Vice-Chancellor of the University of Ilorin, Prof Sulyman Age Abdulkareem and members of his management team for approving the recommendation of Mr. Ibrahim for the position of the substantive Head of the “better by far station”, Mr. Akogun urged the new Manager to see his appointment as a call for more work and a challenge to renew his commitment to duties.
Pointing out that hard work and diligence pay, Mr. Akogun seized the opportunity to urge other staff members of the Directorate, most especially those of the radio station, to emulate the sterling qualities of the Station Manager for them to progress professionally and earn deserved career elevations.

In his reaction, the new Station Manager thanked the Vice-Chancellor, the Registrar and the entire management of the University for the appointment. He also expressed his profound appreciations to the Director of Corporate Affairs for his consistent guidance and support. He assured the University management of his readiness to justify the confidence reposed in him by working harder to sustain the leadership position of the station and the good image of the University.