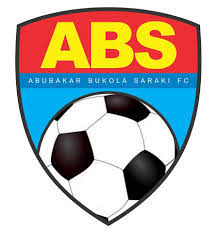 It was glitz and glamour yesterday in Lagos as Senator Bukola Saraki shone like a billion stars in the hearts of thousands of Nigerian youths. He warmed his ways into the hearts of the highly enthusiastic youths by setting the records of the signing of the historic and developmental partnership deal with Kanu International Football Academy.

Senator Bukola Saraki who is one of the few private owners of Nigerian football clubs reemphasized his desires for the continued growth and development of the Nigerian youth in the pact between his team, Abubakar Bukola Saraki Football Club( ABS) and Africa’s largest football academy, Kanu International Football Academy(KIFA).

Ably represented at the event by ABS FC’s Director of Football, Alloy Chukwuemeka, the former Senate President remarked that the essence of establishing his football team is to give thousands of talented, but hapless Nigerian youths a leeway in life and help them chart a positive path for their careers.

” We are truly committed to the development of Nigerian football, particularly, at the grassroots level which is home to millions of immensely talented young Nigerians.

The Director-General of Kanu International Football Academy, Prince Dapo Ajibade, expressed his excitement at the signing of the partnership with ABS FC, which he gleefully described as a great move that would positively change the narratives as it concerns grassroots football development in Nigeria.

” This partnership is a great move that will certainly impact positively on the fortunes of Nigerian football and thousands of gifted but hapless Nigerian youths. At KIFA, we have the largest pool of young and talented footballers in our well manned 100 centres of excellence, spread across the 36 states and FCT in Nigeria,” he said.

” I can confidently state that the future of Nigerian football is positively secured. While KIFA discovers, ABS will develop, and that is the way forward for our football,” Ajibade, who was the former Chairman of Ondo State Football Agency, the controlling body for over 14 male and female teams, remarked confidently.

This is not the Former Senate President’s first time of empowering and engineering youth development through sport, it is recalled that as Governor of Kwara State in 2003 to 2011, he established the prestigious Kwara Football Academy, which has trained so many youths in football skills, many of whom are prizewinners at national and international football clubs and teams today.