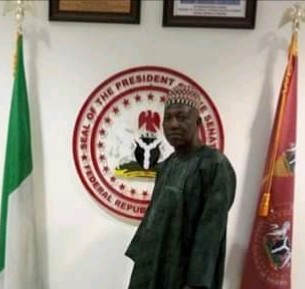 The sudden death of Alhaji Ibrahim Abiola, a.k.a Abiola Iponrin, brought to mind the Shakespearean quote thus: “When beggars die there are no comets seen;/The heavens themselves blaze forth the death of princes”. I agree completely with Shakespeare.

It has taken me nothing less than five hours of shock to be able to muscle the strength to write this tribute and condolence in honour of the deceased, as I am still left in awe to come to terms with the shocking news, but like every mortal, we must taste death when it is time. Irrespective of age, status and social standing, but then it is undeniably certain that when we lost our dear ones, we are left in pains, emotional trauma, grief and nostalgia. Such is life!

As someone who can lay claim to have been at least, to a reasonable extent close to Alhaji Ibrahim Abiola, I make bold to with, albeit a heavy heart, and all sense of humility, admit that his death brought to me a deep sense of personal loss.

Indeed, the true measure of a person is not how long he or she lives, but what was achieved while on earth. No doubt, Abiola was endowed with the noblest persona epitomizing kindness, selflessness, genuine humaneness, and an extraordinary ability to put a smile on people’s faces, even at the most improbable time. He was just like that!

For me however, it tantamount an understatement to say we have indeed lost in Alhaji, Ibrahim Abiola an outstanding public servant who diligently served his people to the best of his credibility. And since the inevitable had taken place and we really don’t know why this had to happen at a time like this when his service is most needed to all, we can’t question Almighty Allah than to take solace in the fact that he lived a life worthy of emulation, as such will make his positive marks while on earth indelible.

Alhaji Abiola remains one of those that hope to in the nearest future do a critical work on his existence and politics. But for the record however, it is safe to mention that Alhaji Abiola’s antecedence into politics began as far back as 1987 at a time when we use to have Marafa/Pepele/Apado/Iponrin as a Ward in Ilorin East LGA. Abeit his political games might not be acceptable or go down well by some within his community and of course within the opposition camp, but give it to Alhaji Abiola, he was never the type who finds pleasure in playing a politics of hatred and calumny. He took charge as one of political leaders to be reckon with, claimed his rightful position in the political space and came to limelight in the politics Iponrin, Ilorin East and that of Kwara at large.

In one sense, though, Abiola is not gone because he will continually and fondly be remembered as a father, friend, brother and a man who radiated great bliss, laughter, and splendour wherever he graced with her unforgettable presence. Whichever way we look at the essence of the late political icon which might not be exhausted for now, we can’t but collectively agree that a tragic end to the life of one of the political figures in Ilorin East LGA has come.

Alhaji Abiola was a lover of peace. I have lots of intances to sight in that regard. I remembered one rookie politicians (An Ibagun Ward Inhabitant whom I hope to tackle one day) to him for sending a nasty message to me. What was my offense then? She had alleged I knew those behind the satanic story the was written against her conducts at the tail end of her stint while in office. On reporting the matter to Alhaji Abiola, he told me to be calm, asked me to come but I couldn’t see him then before I traveled to Abuja for an official assignment. I still have his messages on my phone pleading I shouldn’t do anything rash.

A strong, loyal and influential politician with ardent followers. Alhaji Abiola himself was a core and laoyal Sarakit till his very end, as he was not only a brilliant mind but an asset to humanity. Take it or leave it, Abiola was never a pushover among his contemporaries.

That, one can write briefly about Alhaji Abiola Ibrahim today, means she lived his life in such a way that offered meaning to his existence. He lived his life in such a manner that put no one doubt that there is no compromise when it comes to the issue of his faith in God and the type of decent politics he played which had never at anytime attempt to frustrate his community or anyone even in the opposition camp. Our consolation however, should be established on the fact that he lived and died for what he believed in. After all, life itself will end someday.

As we however, mourn the illustrious son of Iponrin Community especially, in this difficult time, perhaps this time of grief and pains, my thoughts and prayers are with his family, the entire people of Iponrin Community, Osin, Ilorin East, his political assocites, friends and other well wishers he left behind.