AbdulRazaq’s 24months; An Herald of Progress 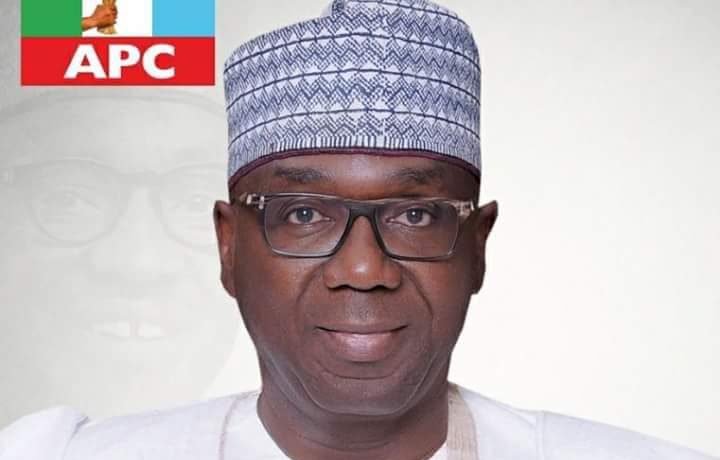 Two (2 )years in and chronicling the progressive strides of H.E Governor Abdulrahman Abdulrazaq, the Executive Governor of Kwara state is an astonishing story of how a humble and dedicated leader could seamlessly draw forth impactful achievements despite the daunting times and scarce resources. As it is today, we could draw inferences based on facts and figures that H.E Abdulrazaq’s performance are sterling, excellent and most importantly conspicuous.

For Ipinle Kwara, 29th May 2019 would always be noted as a herald of progress, as God Almighty smiled on Kwara by blessing her with the leadership of one of her Best Sons; an empathetic and people-oriented leader whose smack for productivity is unmatched and his plight to bring succor to the ordinary Kwaran is a topmost aspiration that is seeing the light of day, for many Kwarans it has never been this good.

With an impressive resume of achievements cut across all sectors and evident in all the nooks and cranny of Kwara State, H.E Governor Abdulrahman Abdulrazaq has been able to carve a niche in the space of leadership excellence and this has drawn unequalled admiration from all and sundry as he is highly revered by counterparts, admired by the youths and entrenched as a dear son in the hearts of the elderly. A feat achieved through 24 months of impactful service to humanity and country, some of which are delved into in this chronicle.

Despite the many impediments occasioned by the Corona Virus Pandemic that took away almost half of the time under review, the excellent performance of this Hero of new Kwara wasn’t deterred, rather further highlighted as was evident in his prudential efforts in managing the pandemic, his preparedness in combating the virus during the early days of the outbreak in Nigeria and his foresight in proper planning for the revival of economic activities.

Worthy of note is his interest in the Next generation of leaders as age no longer tops qualifications or capacity in Kwara State. Governor Abdulrazaq’s involvement of youths and women in governance is second to none on the continent. Young people in Kwara are no longer worried with the fear of being used and dumped, they are now a decider of their own faith as their drive and creativity are sought after in managing the affairs of various agencies and commissions. Indeed, you cannot talk about the Next Generation of Leaders without capturing the unending efforts of the captain steering this ship; Governor Abdulrahman Abdulrazaq, as he keeps onboarding more young people into governance by each passing day while also preparing them for greater responsibilities.

The Kwara State Government’s program on social interventions and investments is another laudable and commendable stride of this administration; From Tradermoni to Owo Arugbo to the School feeding programme to K-Power, Governor Abdulrazaq uses every opportunity to showcase his empathy by relieving various persons and group through impactful social services. Most recent of his empathetic gesture was seen during the Pandemic, where his government dished out non-stop intervention packages and supports, such as that given to those affected by the violence perpetrated by hoodlums that hijacked the #EndSARS protest, support grants running into Millions to business owner whose shops were looted and grants to Private School owners among others, all this was in a bid to ameliorate the untold hardship those affected were facing.

He did not rest on his laurels as Education was equally not left out. It is an open truth that the state of education before this administration came on board was so abysmal; the teachers were owed salaries, Universal Basic Education had blacklisted Kwara state for breaching their operational rules, Colleges of Educations barely received allocations thus causing substandard provisions that saw courses not being accredited. This amongst many other menaces crippled the education system in the state. Lo and behold, this present administration has resolved all the issues faced. UBEC has lifted their ban on Kwara State after the payment of all the outstanding counterpart fund, our colleges of Education are now working and their courses accredited, the tertiary institutions in the state have now gotten back to their feet and students can now pursue their academic career without any fear of strike due to non-accredited courses amongst others. Despite the dwindling allocation from the Federal Government, the state is not owing it’s teachers, rather the state is looking for means to improve their take home so as to boost their moral and consequently improve their performance in class.

Youth employment is number one on the scale of preference of His Excellency as seen in all facets of his governance, despite having over 70% of his political appointees below 45 years of age, job opportunities are also a top order of the government. At the behest of the Governor, recruitments exercises have been carried out by the Kwara State Internal Revenue Service-KWIRS, the Civil Service Commission, the Teaching Service Commission and the Kwara State Universal Basic Education Board and this has seen the engagement of over 5000 young people. The beauty of all this is the process around it which has not being receiving favoritism or political colouration. Ordinary Kwarans are now getting appointments without affiliations.

Not also forgetting the glitz and glamour private business are characterized by, life is being felt in public business and startups keep springing up by the day, all this are a testament to the enabling environment the government is brewing.

In the provision of social amenities, The Governor Abdulrazaq’s government has equally performed excellently well. Over a hundred new roads are already constructed and in use, hundreds of transformers have been procured with some already supplied to support the steady provision of power by the Discos. Water projects are equally not left out as most communities now have industrial drilled boreholes. All these amenities are evenly distributed across the sixteen local governments of the State ensuring that all Kwarans feel the beauty of a people and project-oriented government.

Apart from all the aforementioned strides of the Government, the Governor is still very humble and easy going without any iota of arrogance, his openness and transparency style is what brought about the ease in social auditing by civil society organizations who seek to query and ask questions on projects going on across the state.

Indeed, Kwara youths are fortunate to have Governor Abdulrahman Abdulrazaq as the Governor of the State and we are hopeful and confident that the remaining two years will bring more dividends of democracy to the doorsteps of Kwarans.

As we look ahead into the promising term ahead, our people will always say that “A good Friday is known from Thursday” it is evident that better days are ahead for Kwara and Kwarans with Governor Abdulrazaq in charge.

Congratulations to His Excellency for a Successful, Prosperous and Productive two years as the Governor of Kwara State.