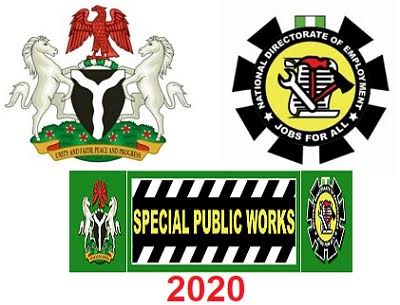 Freshinsight, 2 years ago 0 2 min read 118
The Kwara State Chairman of the Special Public Works (SPW) program Olusegun Oyewo has raised scam alerts, warning the public to be wary of fraudsters under the guise of facilitating enlistment for applicants.
Oyewo made this revelation via a press release made available to newsmen in Ilorin, stressing that some criminal syndicates are operating in the LGs demanding BVN and other details of unsuspecting public.
The release reads “The State Selection Committee for the Special Public Works (SPW) has received reports of a criminal syndicate operating in some Local Government Areas in Kwara State requesting members of the public to reapply for a purported SPW programme of the Federal Government.
” These criminals, according to confirmed reports, are also requesting unsuspecting members of the public to submit both their account numbers and BVN to specific phone numbers for a purported verification exercise.
“The State Selection Committee hereby dissociates itself from these nefarious elements. We state emphatically that these criminals are not known to the selection committee that is composed of reputable leaders and stakeholders in Kwara State, including high ranking traditional and religious rulers, as constituted by the Federal Government.
“They are rather acting their own script to dupe innocent Kwarans. Their activities have been brought to the attention of relevant security agencies at the highest level.
” The official SPW programme is progressing smoothly with the physical registration and verification exercise currently being performed by the six (6) designated banks.
“We therefore urge members of the public, particularly the 16,000 beneficiaries of the Special Public Works (SPW) programme across the 16 LGAs of Kwara State who are already shortlisted to disregard any calls from any quarters requesting for another round of form filling or account opening or bank account verifications.
Such calls did not emanate from the Federal Government or any of its agencies!
Selected SPW beneficiaries will only be contacted, registered & verified by the designated banks” he added.
Tags #Olusegun Oyewo #Special Public Works
Crime, News

One dead, others injured in ilorin truck accident