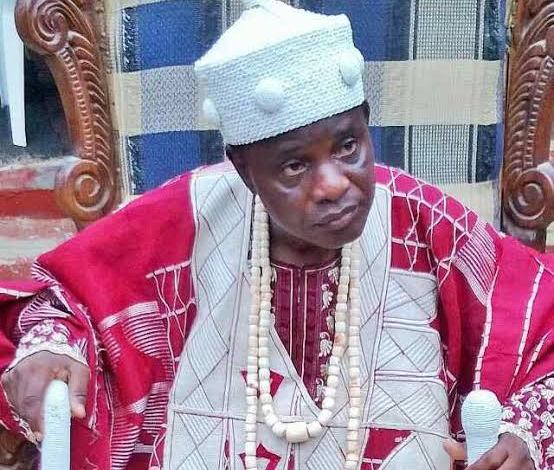 Freshinsight, 1 year ago 0 1 min read 170
By Imam Moromoke
Almost 72 hours after the demise of Elekan of Ekan-meje, Oba Michael Ashaolu Adeyemi, the Kwara State Governor have joined the growing list of mourners.
It would be recalled the monarch had died in the early morning of Monday, 8th March, 2021,after a brief illness.
Joining the growing list of mourners, Gov. Abdulrahman Abdulrazaq through a release signed by his Chief Press Secretary Rafiu Ajakaye and dated March 11 (Thursday) he described the deceased as a community leader who used his office to preach and practice unity.
The release reads “Kwara State Governor AbdulRahman AbdulRazaq has commiserated with the people of Ekan-meje in Oke Ero local government area of the state over the passing of the Elekan Oba Michael Ashaolu Adeyemi.
“His Excellency sends his heartfelt condolences to the people of Oke Ero, particularly the good people of Ekan-meje, on this sad development. He also condoles with the Deputy Speaker of the Kwara State House of Assembly who is a son of the soil Hon. Raphael Adetiba and the Oke Ero Traditional Council on the passage of the monarch who did so well for his community as a leader that united his people and under whom his domain flourished.
“On behalf of the people and government of Kwara State, the Governor prays the Almighty God to repose the soul of the monarch and comfort the family and the people of Ekan-meje.” he added
Tags #Elekan of Ekan-meje #Gov. Abdulrahman Abdulrazaq
Education, Interview, News