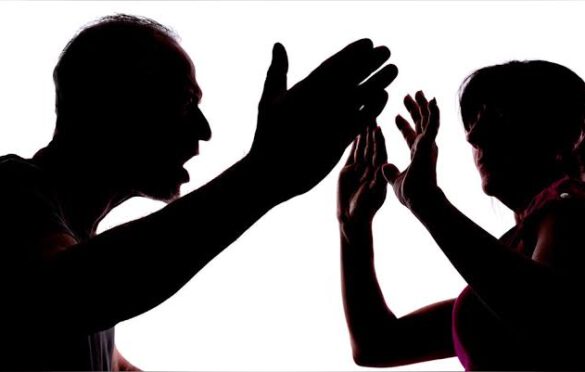 Barely few months after the world celebrated international women’s day, with countries around the world Nigeria inclusive, celebrating the success and growth of women across board who have been breaking the bias, Nigerians woke up to another devastating news of the demise of one of its women icon who lost her life to the battle of domestic violence.

The death of Osinachi Nwachukwu the voice of the popular song spiritual song ‘Ekwueme’ came as a rude shock to many, as it was unexpected that such public figure could die as a result of domestic violence, especially as her songs and status has been a source of inspiration, a lot of her listeners.

The unfortunate events unfolding after her death revealed that her battle of domestic violence with her husband was one she fought with little resistance on her part, as most of the people who came forward to testify after her death claimed how she always tried to hide her sufferings in marriage from the public, where she would have gotten support.

Testimony from people surrounding her , like her manager Sunny Pee who also double as her producer, her brother, twin sister and even neighbors revealed how her husband abuse and disrespect her in public and try to isolate her from the outside world, but she always refuse the advise to leave her marriage, rather she always plead with them to pray for her marriage hoping that her husband will change.

Some further reports after her demise revealed that her husband was solely the manager of her properties and accounts and often seize cars and other items given to her by fans.

What’s is even more saddening is the reason her brother said she gave for enduring the suffering and abuse, according to Chiemerie, Osinachi’s brother the late singer refused to divorce her husband, Peter Nwachukwu to avoid backlashes from her followers.

Chiemerie claimed that her late sister did not want people to describe her as a divorced minister.
Although a lot of people expressed disappointment with her reason for keeping silence and not walking out of the abusive marriage which later led to her death on 8th of April 2022 as a result of chest injury she allegedly sustained after her husband kicked her.

However we can’t entirely blame her, sister Osinacchi’s fate is a product of her society, environment and religious beliefs which doesn’t enable women.

Osinachi belongs to a faith that doesn’t support divorce, a society that ostracizes divorced women and environment that disrespect single mothers, it is even more difficult for her as a woman who was supposed to be a role model to lot of women who look up to her.

Even though our society has evolved and civilization has brought about empowerment for women’s freedom to fight for their rights, culture and religion are still standing as major stumbling blocks in overcoming the travails of women in the society.

A survey by the National Demographic Health survey revealed that 10-58 percent of women experienced physical abuse by an intimate partner in their life time, in addition according to Shija ( 2004) in Nigeria an average of 300-350 women were killed every year by their husband, former boyfriend or male relations and most times the incidence is considered family feuds which should be treated by the family, therefore most times the police refuse to intervene and advice the victims to go back and settle the family matter.

Apart from that, the laws of the country has not been proactive in protecting women, the only few laws in Nigeria against domestic violence and abuse are Violence Against Person’s Prohibition Act (VAPP) enacted in 2015 in the Federal Capital Territory, which some other states like Bauchi,Ekiti,Enugu and others on their own enact laws on domestic violence, and the second one is Protection Against Domestic Violence Law (PADVL) enacted which is applicable to Lagos state only.

Unfortunately in spite of these laws are still numerous cases of men who are guilty of abusing their partners, emotionally, physically to the extent of murder as we have in Osinachi’s case.

Yet most of them have not received appropriate justice while some have even gone scot free, even though a lot of people has come out to condemn the act , it hasn’t stop the cases from re-occurring just as barely two weeks after Osinachi’s death another woman , a 23 year old Mercy Samuel a mother of two was killed by her husband who ripped her stomach open during a disagreement and absconded.

This then brings to questions as to why are married women been used as sacrificial lambs to barbaric beliefs and cultural practices in their community?

When a woman decides to leave her marriage for any reason, she has to braze herself to face the ridicule and crucifications of the society, as if her portrayal of a certain image is more important than her mental health and life.

So instead of blaming women for being too weak ,too outspoken or too docile , I think it is time we revaluate our so called societal , religious and cultural beliefs that oppresses women and limit them from attaining their live goals and destiny in life.

Maryam Afolabi is a broadcaster, she writes from Ilorin. She can be reached via Email:maryamoyin@gmail.com