Home > News > 2Years in Office: We are proud of AbdulRazaq’s performance – Kwara Assembly 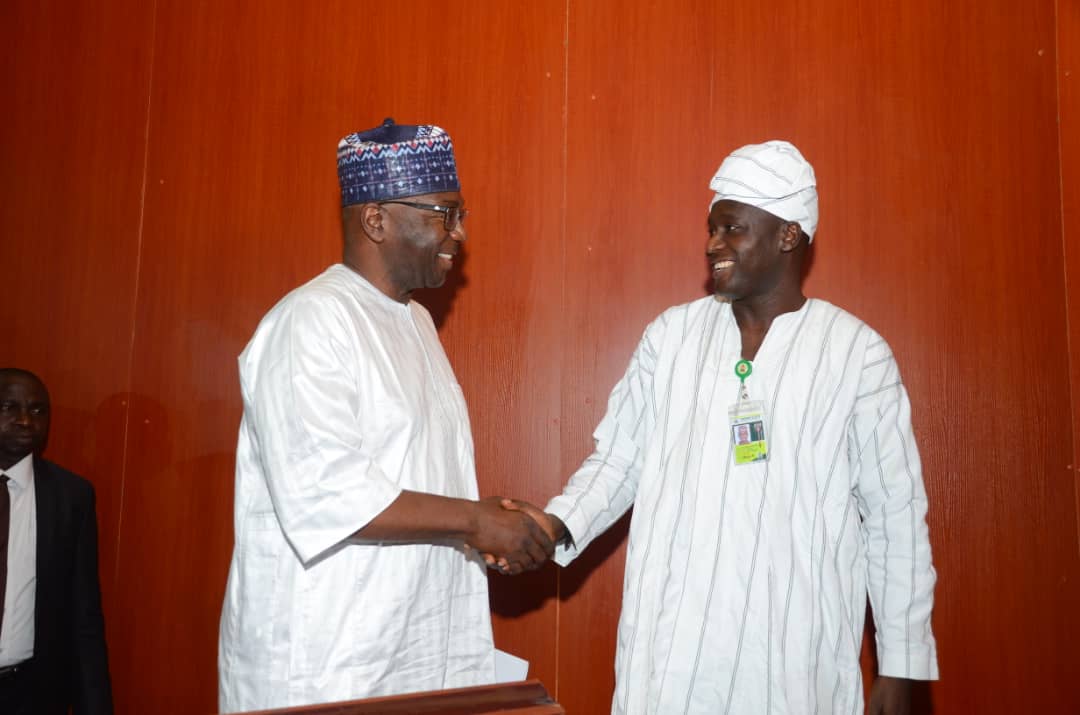 2Years in Office: We are proud of AbdulRazaq’s performance – Kwara Assembly

The Speaker, Kwara State House of Assembly, Rt Hon Engr. Yakubu Danladi-Salihu has praised and commended the performances of Governor Abdulrazaq Abdulrazaq in the last two years, saying that he is ‘doing well”.

Engr. Danladi-Salihu in a congratulatory message to the Governor on his second anniversary in office noted that the last two years of his administration are laced with monumental achievements across all sectors.

“It is with great joy and ecstasy that I, on behalf of the Ninth Legislature, congratulate Your Excellency as you mark second year in office as the Executive Governor of Kwara State”.

“We are particularly pleased that our dear Kwara State is witnessing the desired turnaround in the last two years of your decisive and impressive leadership where every citizen especially the ‘children of nobody’ now know the difference as a result of your well-thought policies and programmes that are changing lives across the state”.

“Your Excellency sir, we are also proud of your administration’s performance in the areas of provision of basic amenities and bridging the gap of infrastructural deficit across the state as well as the unprecedented appointment, employment and empowerment of large chunk of women and youths in the state, all these and more are what have earned your administration national and international recognition”.

“On behalf of the Ninth Legislature, I pray to Almighty Allah to continue to protect you and give you guide you to pilot the affairs of Kwara to an enviable state while also assuring you of our continued supports and cooperation in your determination to leave Kwara better than you met it”.

Mallam Abdulrahman Abdulrazaq was sworn in as the 7th Executive Governor of Kwara State on the 29th day of May 2019.