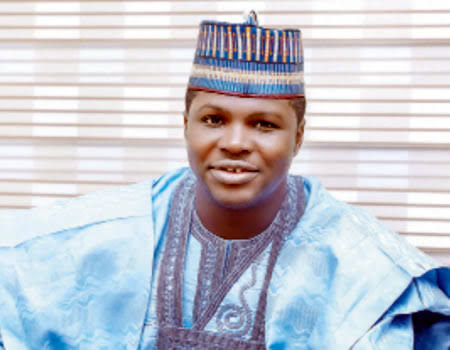 Recently, in an open letter, Concerned Ifelodun Youth queried Tijani’s legislative inactivity, disconnect and irresponsiveness to his constituents’ plight, advising him not to re-contest in 2023 and threatening outright rejection of the lawmaker if he seeks a second term in office. The open letter has since generated debate among the people of the lawmaker’s constituency.

Chief Segun Ajileye in a WhatsApp conversation noted that the constituents have had enough of Tijani’s docility and espoused the need to write or recall the Lawmaker for not representing his constituency well.

He said “Hmmmmmmm ….. ina tijo dori koko bayi, odara bi oro na se ndun gbogbo wa
bayi (meaning “it has gotten to its peak, it is good now that everyone is feeling the pain). As a member or group or person in this constituency we have constitutional right to write or even recall whoever is not representing us well, especially when we feel marginalized. Writing him is not out of place this just to draw his attention to our plight.”

Also commenting, Yusuf Akogun said, “We voted for him 2019 and now we are voting him out 2023 Insha Allah. He doesn’t deserve to be their (sic) again. One good term deserves another and one bad term deserves voting out in 2023. Peaceful protest shall be embarked on, waiting for final conclusion.”

While one of his constituents, Aweda Suleiman pleaded the lawmaker be approached and listen to, another lawmaker, Ismail Muhyideen queried how a legislator without a constituency office can be reached.

Muyideen said “How do you want us to tender our displeasure to someone without constituency office abi you want us to submit to Yinka at Sango in Ilorin South?.”

Chief Ajileye however advised the lawmaker to call a town hall meeting and give his scorecard and show reasons why his constituents should not take untoward action again him, as they all alleged that Tijani have not had any form of engagement with his constituents since assumption of office almost 3years ago.

Attempt to get the lawmaker’s reaction to his constituents claims proved futile, as he refused responding to posers by Fresh Insight’s correspondent, after exchange of pleasantries