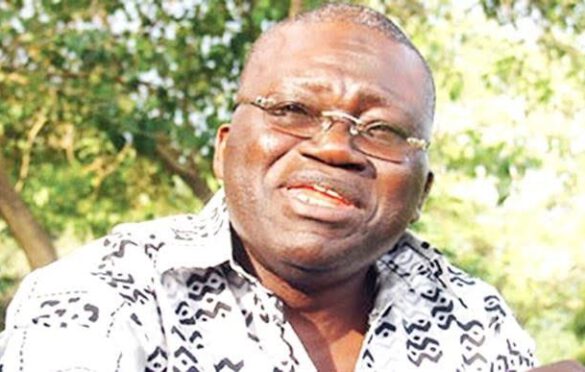 Comrade Issa Aremu, the Director-General of  Michael lmodu National lnstitute for Labour Studies (MlNlLS), Ilorin, has cautioned youths against violence and other negative tendencies capable of impeding the 2023 general elections.

Aremu gave the charge on Monday in llorin while addressing members of Alapata Development Association in the llorin West Local  Government Area, who paid him a solidarity visit.

According to him, there cannot be credible elections in any part of the country when the nation’s youths who are the future leaders are not maintaining peace.

Aremu noted that no meaningful development could be attained in an atmosphere of chaos, acrimony and hatred.

He therefore urged youths to always be vanguard of progress and shun destructive tendencies capable of retarding the growth and development of the country.

“You are crical stakeholders in the forthcoming elections and beyond, do not submit yourselves to be used as thugs or agents of destruction before, during and after the elections,” he urged.

‘It is not a crime belonging to any of the registered political parties, but allow peace be your guiding principle,” Aremu advised them.

Earlier, the Chairman of the Alapata Youths Association, Mr Umar Olayiwola, said members of the new executive of the association visited Aremu to express their appreciation for the various programmes executed by the dire director-general for youths and women in the area.

While praying for the success of Aremu in all his aspirations, Olayiwola pledged the continued support of the association to the actualisation of these goals.