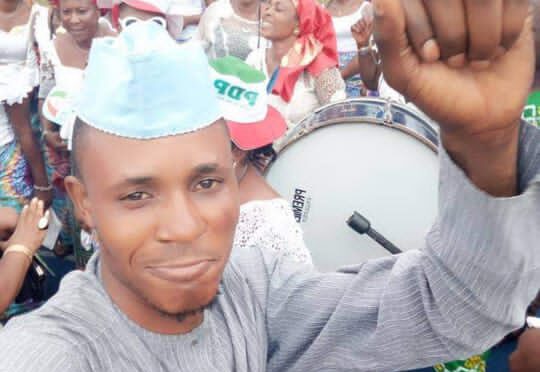 A former Councillor of Gambari Ward 1 in Ilorin East Local Government Area, Abubakar Aliyu, has resigned from the Peoples Democratic Party, following the emergence of Saliu Mustapha as the All Progressives Congress candidate ahead of the Kwara Central Senatorial election.

This was contained in his resignation letter addressed to the Chairman of Peoples Democratic Party in Gambari ward 1, Alhaji Abdullateef Alao.

In the letter obtained by this newspaper, Abubakar said the decision became necessary after PDP, unlike APC, “unfairly disregarded the agitations for zoning of the Kwara Central Senatorial District ticket to Ilorin East.”

Recall that the PDP, despite the agitations to zone the office to Ilorin East/ Ilorin South constituency, voted Bolaji Abdullahi, a former Commissioner of Education from Ilorin West, as its candidate.

According to Abubakar, it was no longer morally tenable for him to remain in the PDP.

He said, “So, instead of staying back in the PDP and working against it from within on the basis of my conviction, I believe the honourable thing for me to do is to resign forthwith and join in the enthronement of a Senator of Ilorin East extraction in the next elections.”

Continuing, he cited the fact that the APC, on the other hand, thought it wise to field Saliu Mustapha, a philanthropist from Ilorin East, for the post.

“Moreover, the candidature of Mallam Saliu Mustapha, the Turaki of Ilorin, attracts me greatly. The Turaki is my benefactor from way back, who even in spite of party differences has continually supported not only me, but the entire people of my ward like no other person around.”

“Being from Gambari and my ward, I feel the moral burden to ensure that I do not either directly or indirectly work against Turaki’s aspirations, and I could not reconcile this conviction with my continual membership of the PDP. I want posterity to remember me for good that when my people yearn for justice and fairness, I was never found wanting or hiding.”

The former Councillor also said that he believes his decision will afford him the liberty to work devotedly for Governor AbdulRahman AbdulRazaq, Mallam Saliu Mustapha, and all other candidates of the APC.